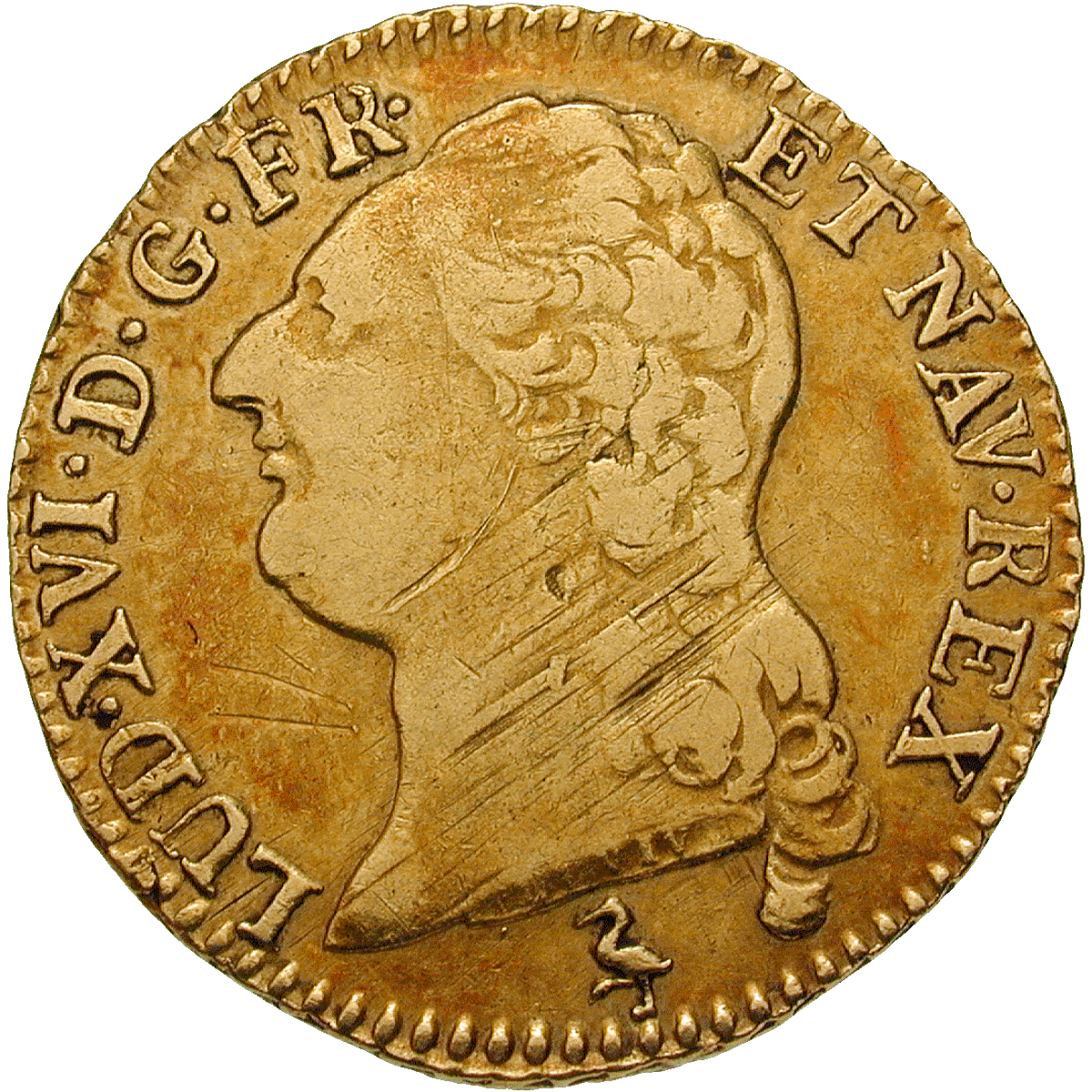 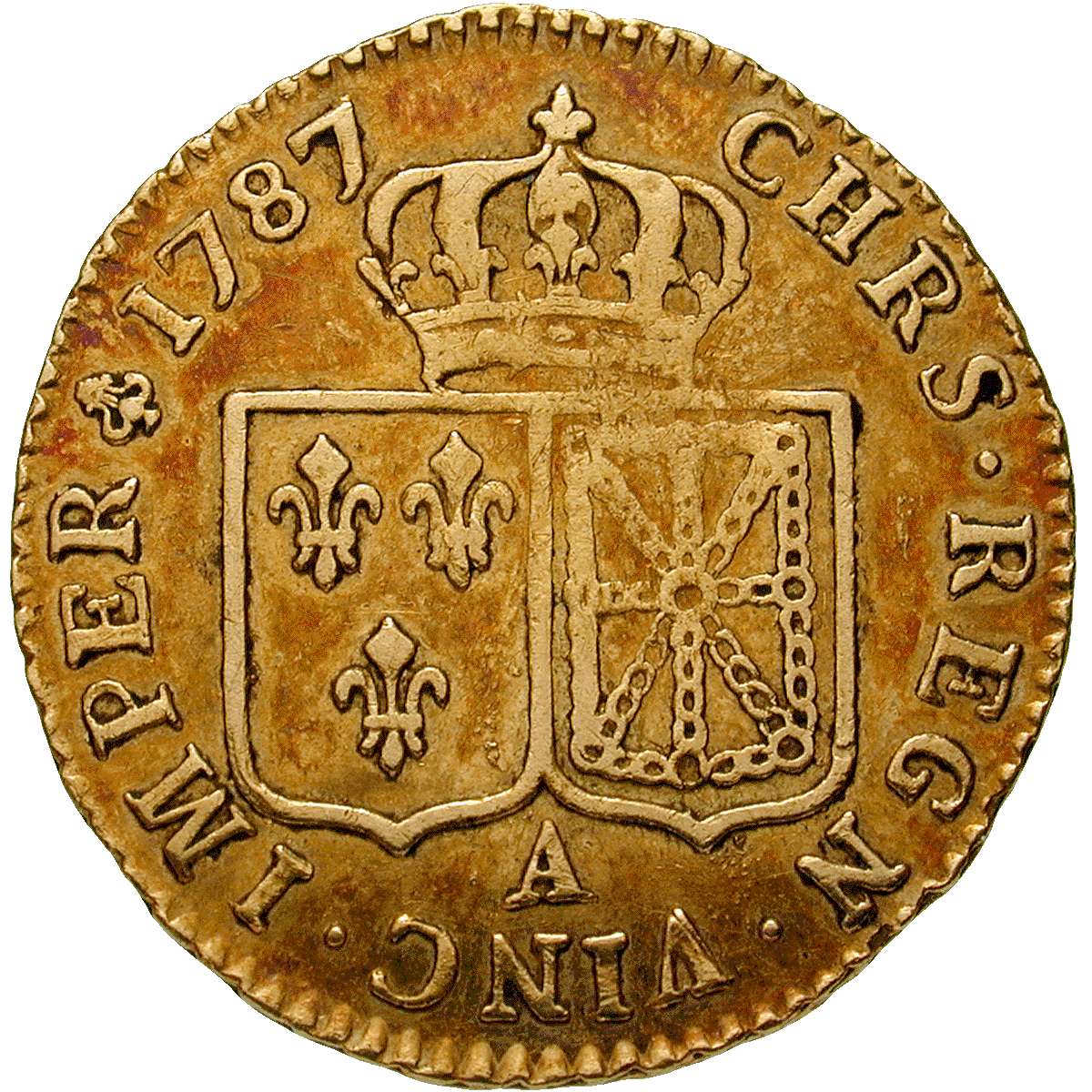 In 1785, a new Louis d'or was introduced in France. It was considerably lighter that its forerunner, but with the same fineness and the same value. The obverse depicted Louis XVI (1774-1792) "à la tête nue," with his head uncovered. The reverse showed the crests of the king's two kingdoms, France and Navarra. The coin was stamped in Paris (recognizable from the letter A on the reverse). The bird (a heron) beneath the king's bust on the obverse was the privy mark of Jean Dupeyron de la Coste II, director of the Paris mint from 1784 to 1791. The reverse bears another symbol, directly in front of the date of the inscription. It is a lyre, the privy mark of the engraver François Bernier, who worked in Paris from 1774 to 1793.