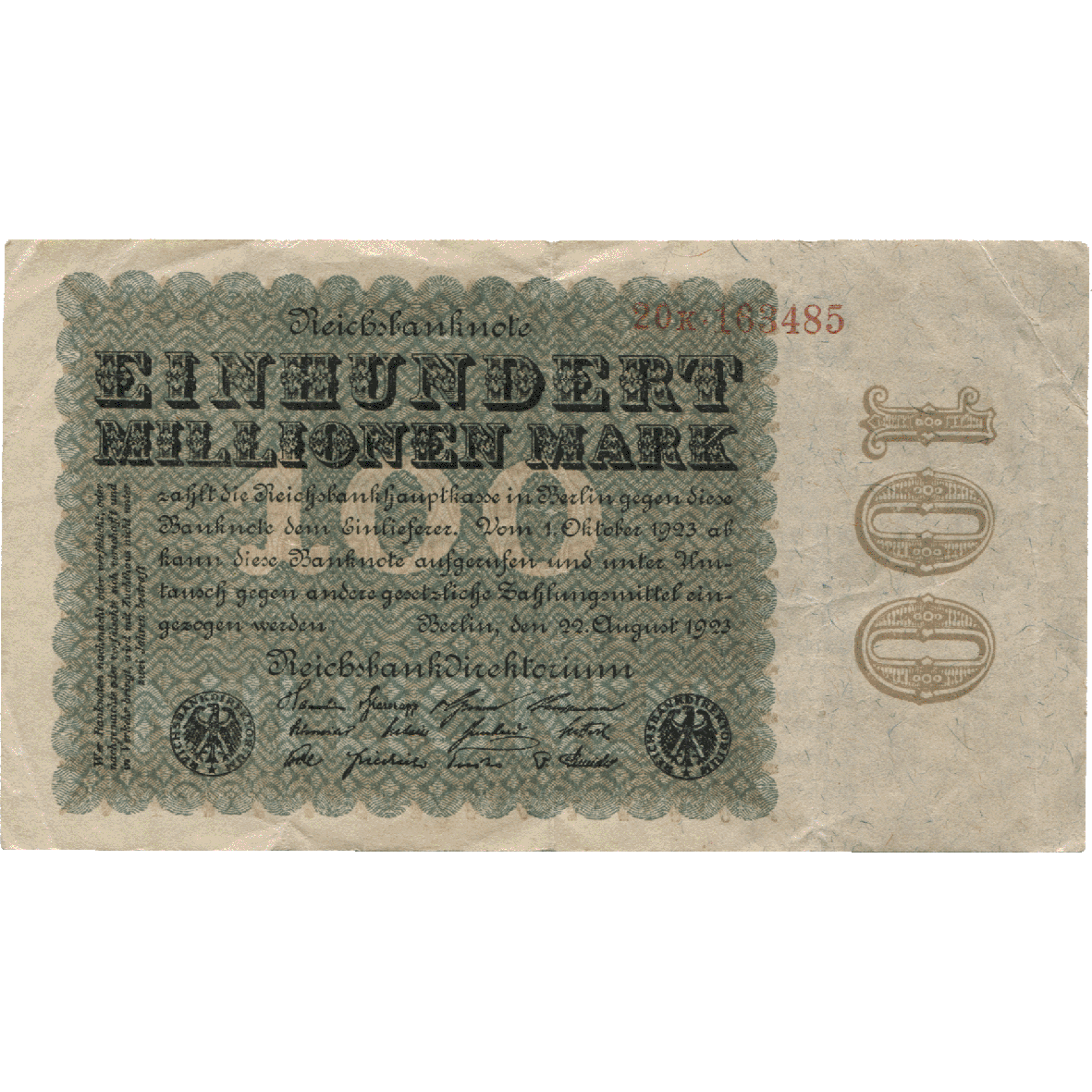 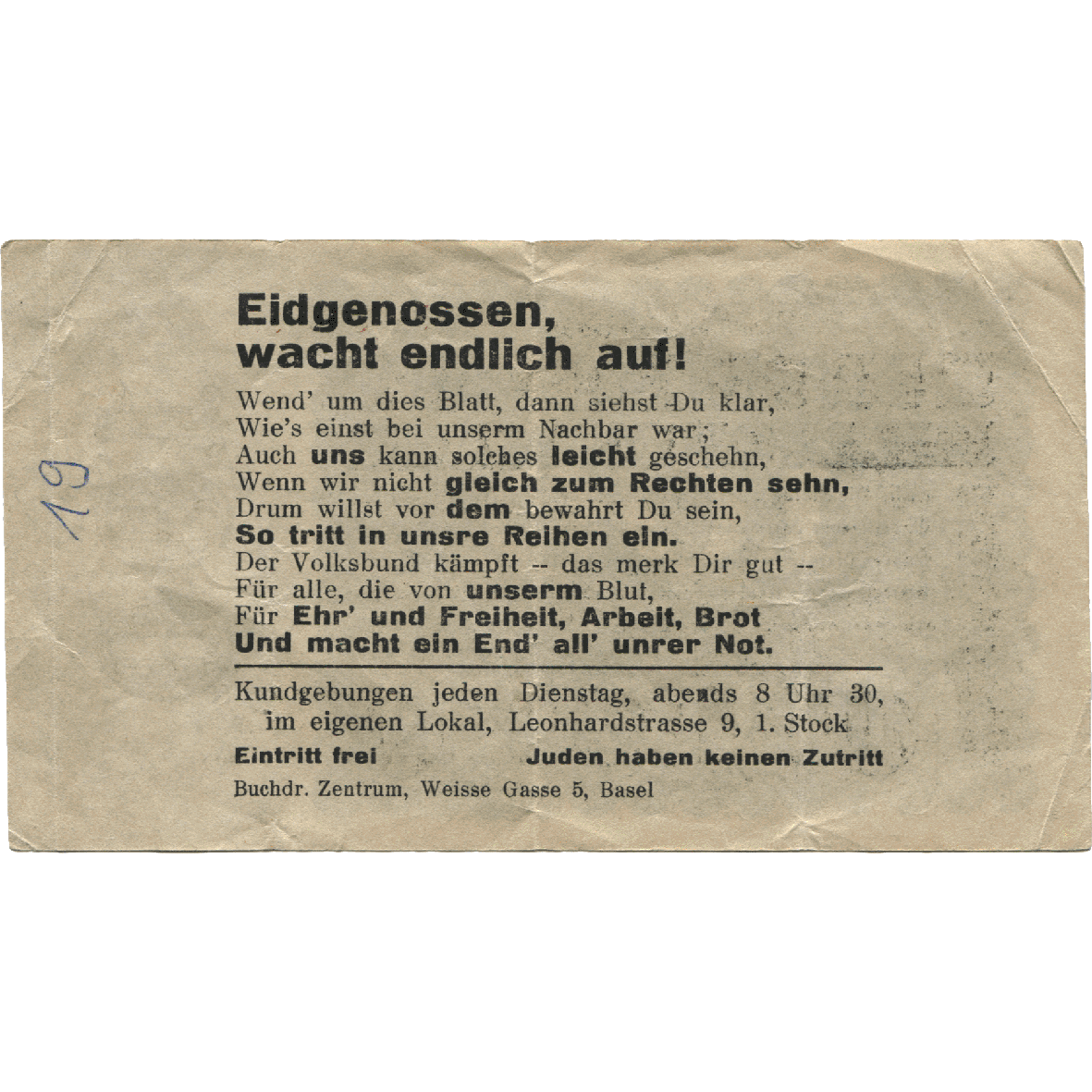 This propaganda bill was issued by the extremely right wing Schweizer Volksbund (Swiss People's Union) that was founded in 1933. The Volksbund was also known as National Socialist Swiss Workers' Party NSSAP. This is why the bill bears the statement that Jews have no access. The NSSAP propaganda was printed on the back of German inflation bills. The gist of the inscription is: Swiss confederates, take care, or we will end up like our neighbors, whose money is worth nothing any more.