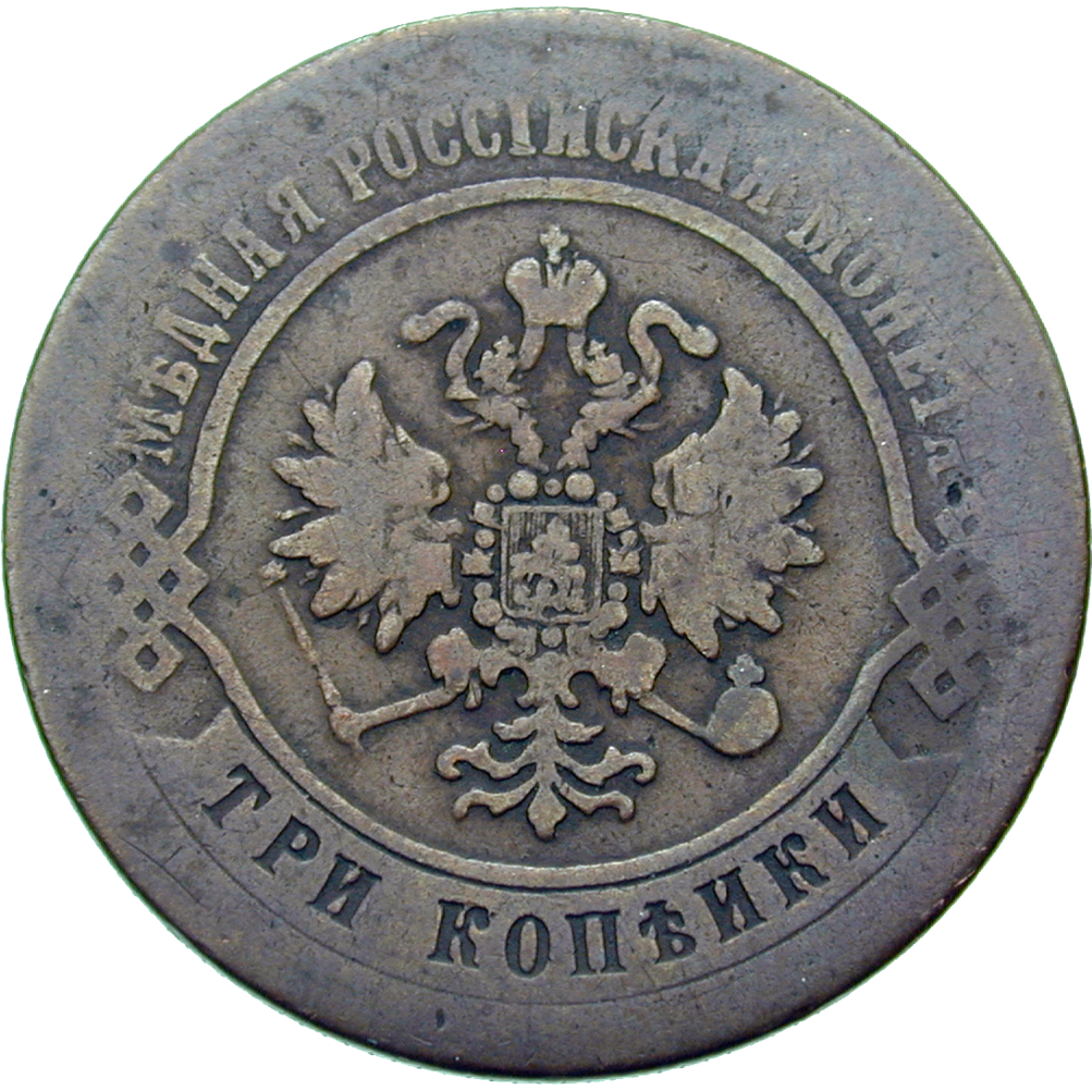 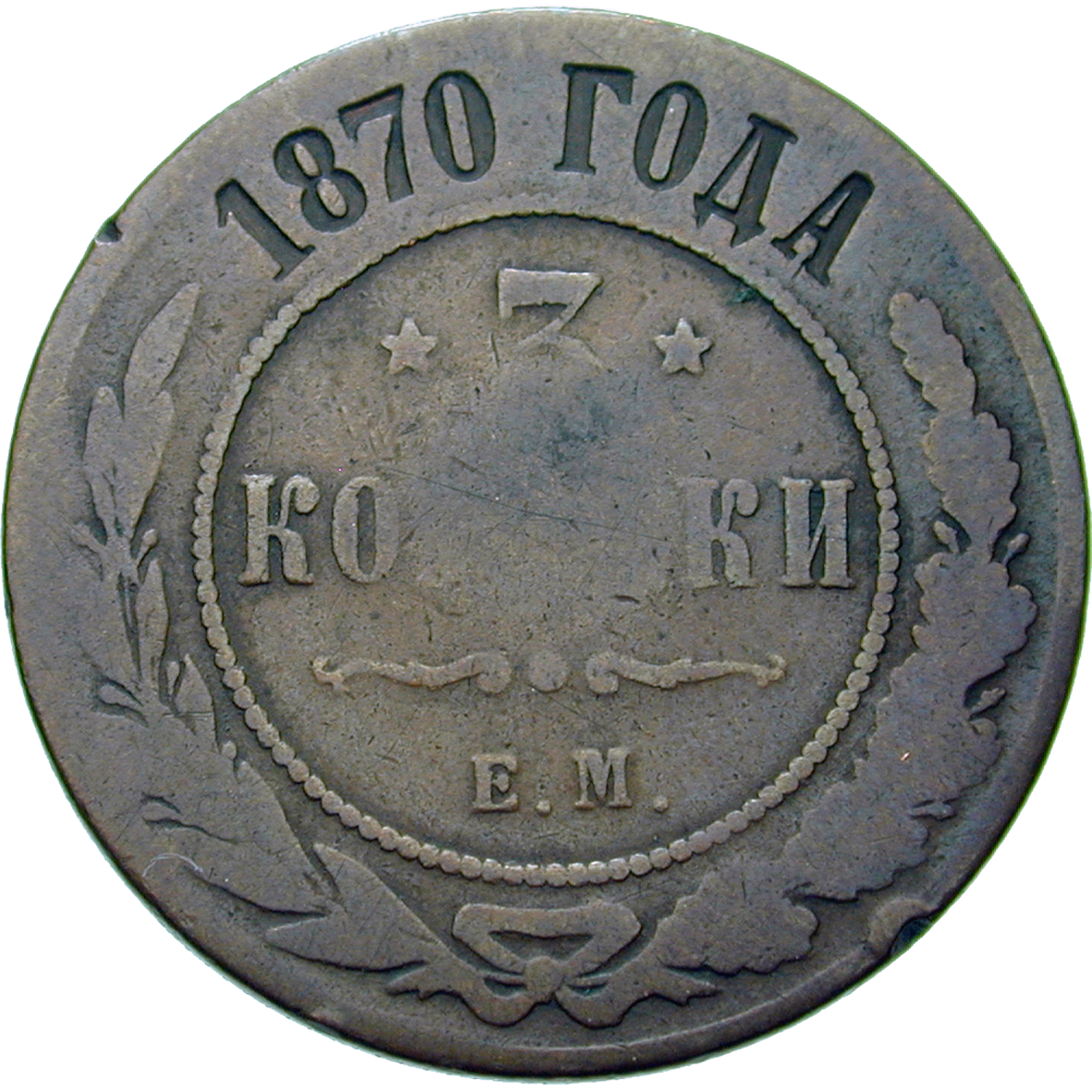 In the year 1867, the Russian copper coins became smaller once again. That year, the copper coin standard was reduced from 36 to 50 rubles. Which meant that from one pood of copper, 50 instead of 36 rubles worth of coins were minted. The Russian coins were minted in diverse mints – from Moscow and St Petersburg in the West of the country, to Souzan in Siberia. This piece of 3 kopecks was struck in Yekaterinburg, as denote the letters E.M. on the reverse.