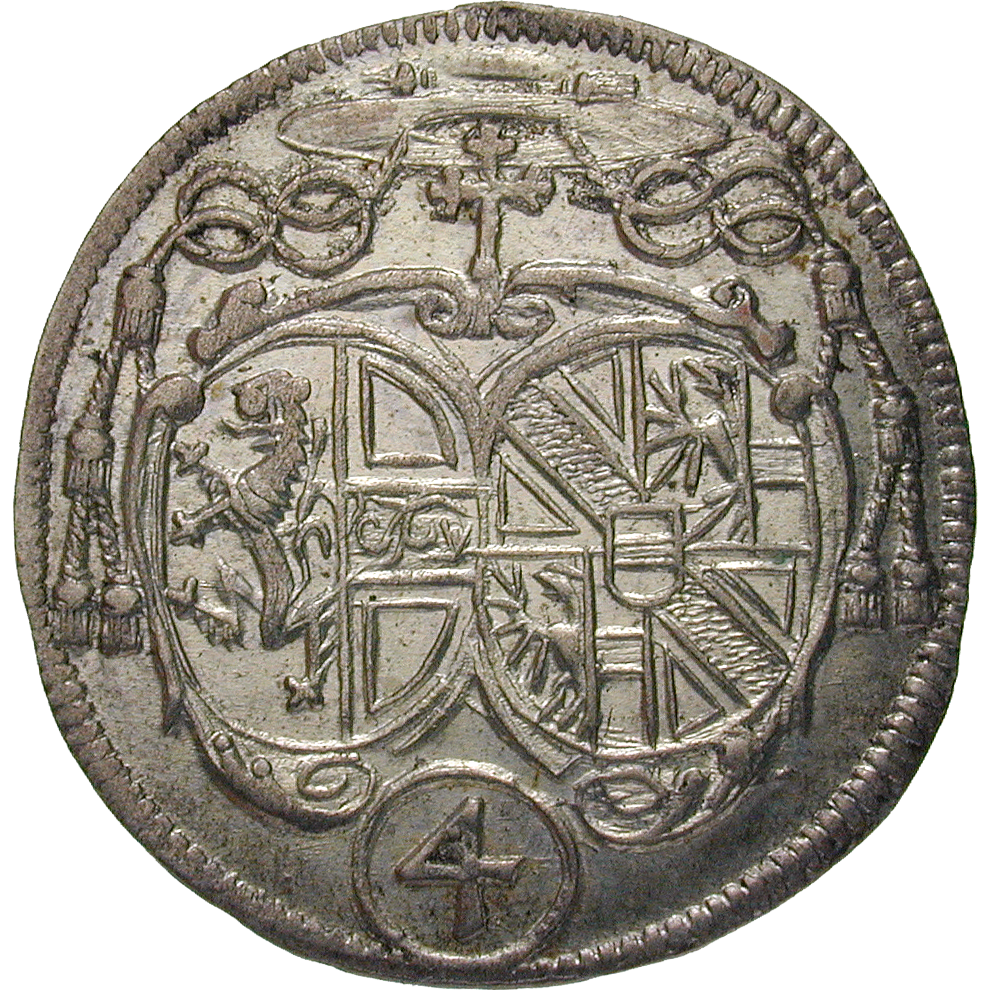 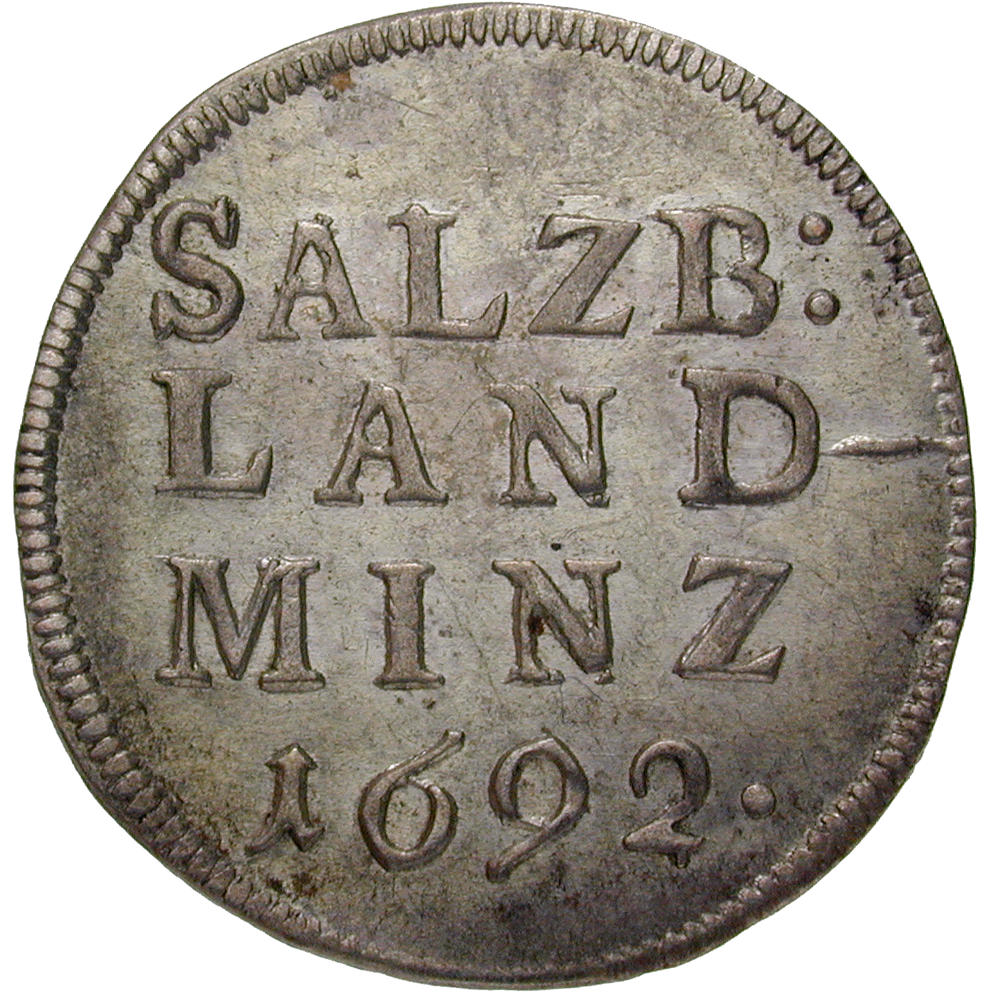 To stabilize the national economy that had been shattered by the Thirty Year's War, the Austrian Emperor Leopold I introduced in the year of 1659 two new coins. They were pieces worth 6 and 15 kreuzers, and their value lay some 20 percent below the regular imperial coin standard.

The new, inflationary coins yielded great profits. Between 1659 and 1665 the Emperor had approximately 29 millions debased 15-kreuzer-pieces struck. Many millions followed in 1683, when the Ottomans besieged Vienna. To prevent the fall of the city, Leopold was forced into an expensive war that almost left him bankrupt.

The masses of these low-value coins did not remain in Austria but flooded the neighboring countries. This, in turn, prompted many other coin authorities to issue undervalued coins themselves – be it to realize quick profits, be it, like was the case in Salzburg, to prevent their own coins from draining off over the borders. Salzburg's Archbishop Johann Ernst of Thun and Hohenstein (1687-1709) issued so-called landbatzen during those years. These coins were worth 4 kreuzers, but contained only little silver.