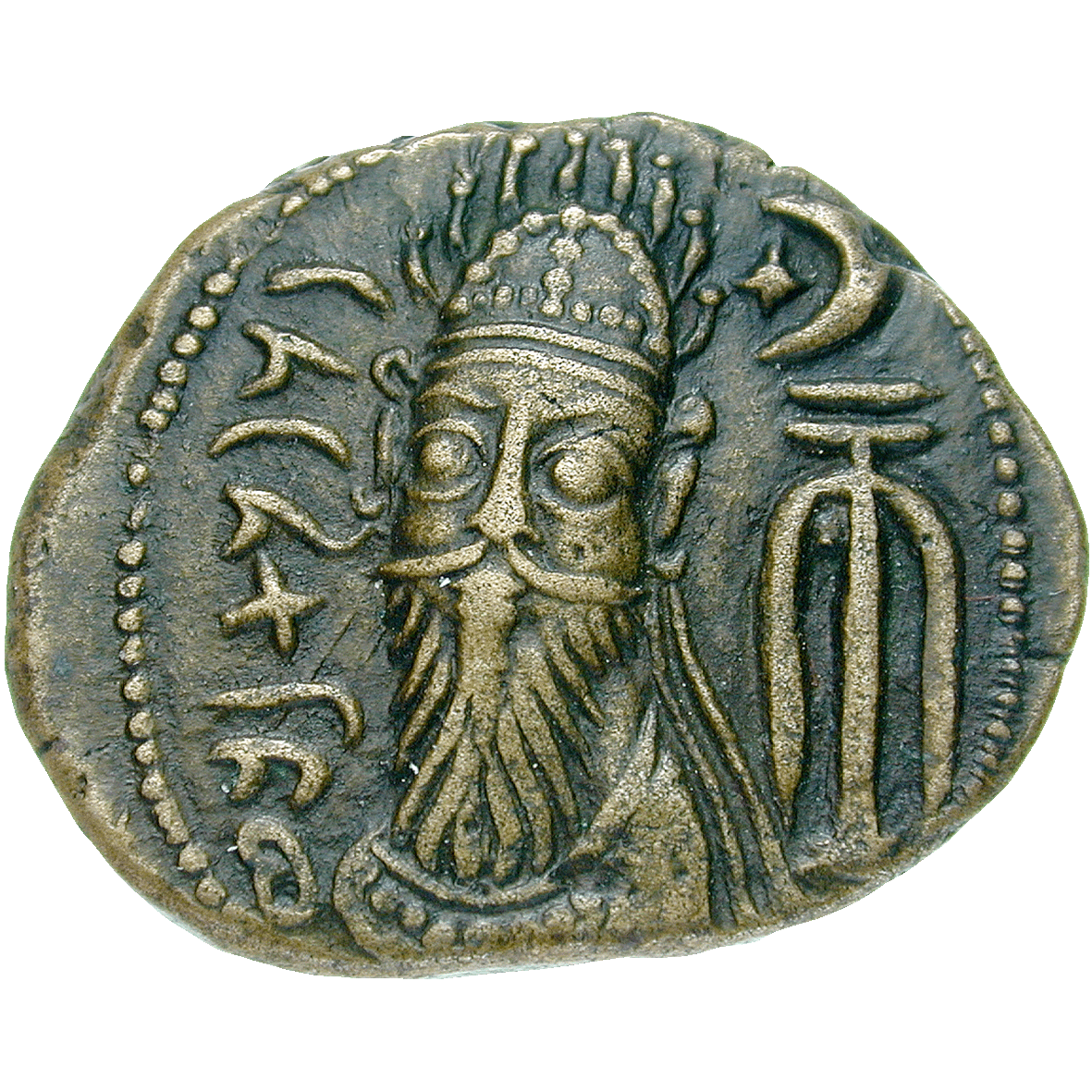 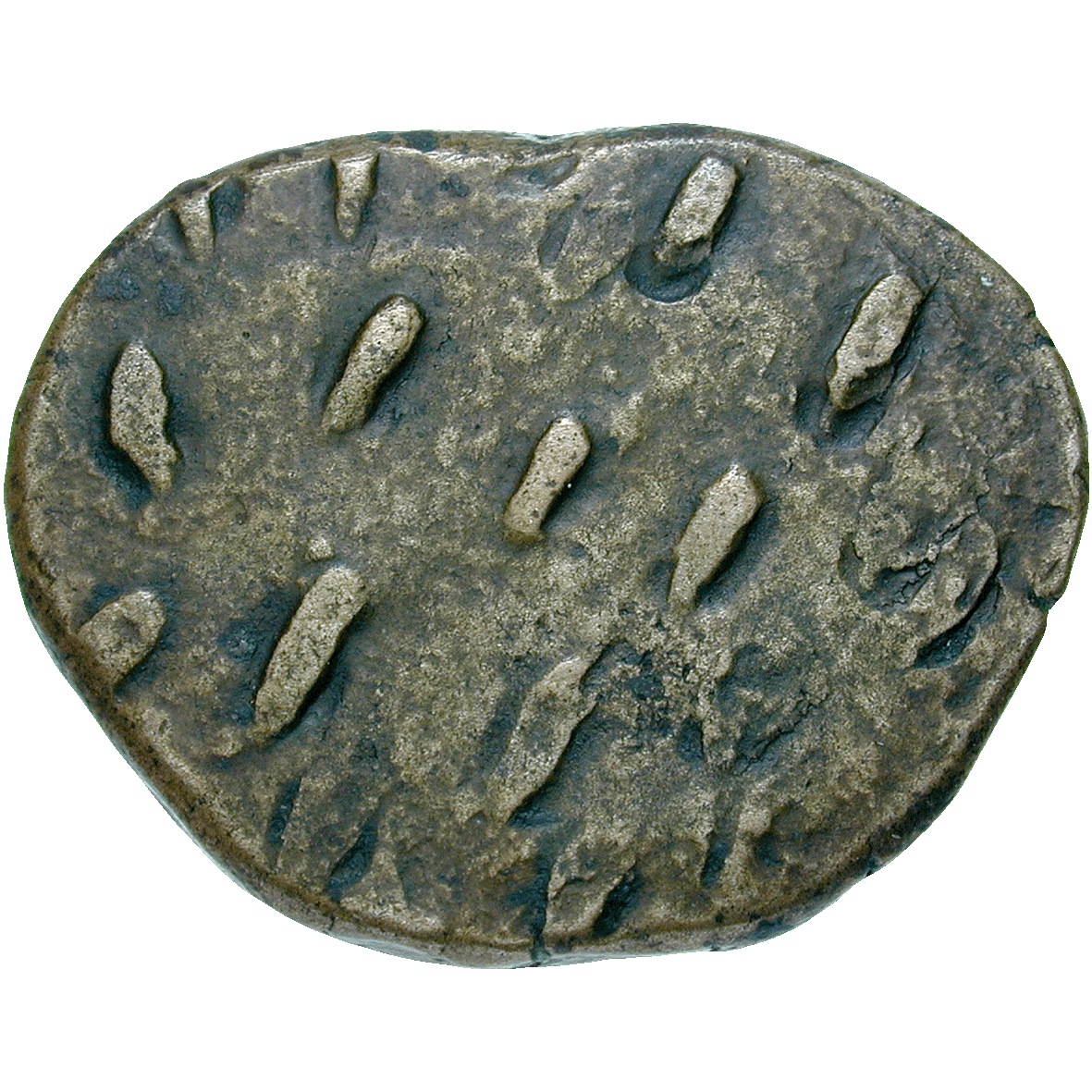 Little is known about the miniature kingdom of Elymais, located between the ancient superpowers of Mesopotamia and Persia on the Persian Gulf. Its most important trade center was Susa.

Around the middle of the 2nd century BC, Elymais separated from the dissolving Seleucid Empire, and local rulers declared themselves as kings. Most of them are only known from their coins. Their number and succession are unknown, as only the early Elymaisian coins were dated.

The kings of Elymais issued mostly tetradrachms, the universally accepted currency in the eastern world. Initially they were made from good silver, yet after a while their value decreased. This coin is not made from silver anymore, but from bronze; it depicts King Orodes II. His coins are not dated, but are for stylistic reasons though to have been struck in the 2nd century AD.

Next to the king's head appear a crescent, a star, and an anchor. The moon and a star were the emblems of the Achaemenid dynasty; the anchor belonged to the Seleucid dynasty – two great former dynasties in whose footsteps the Elymaisian kings apparently saw themselves.