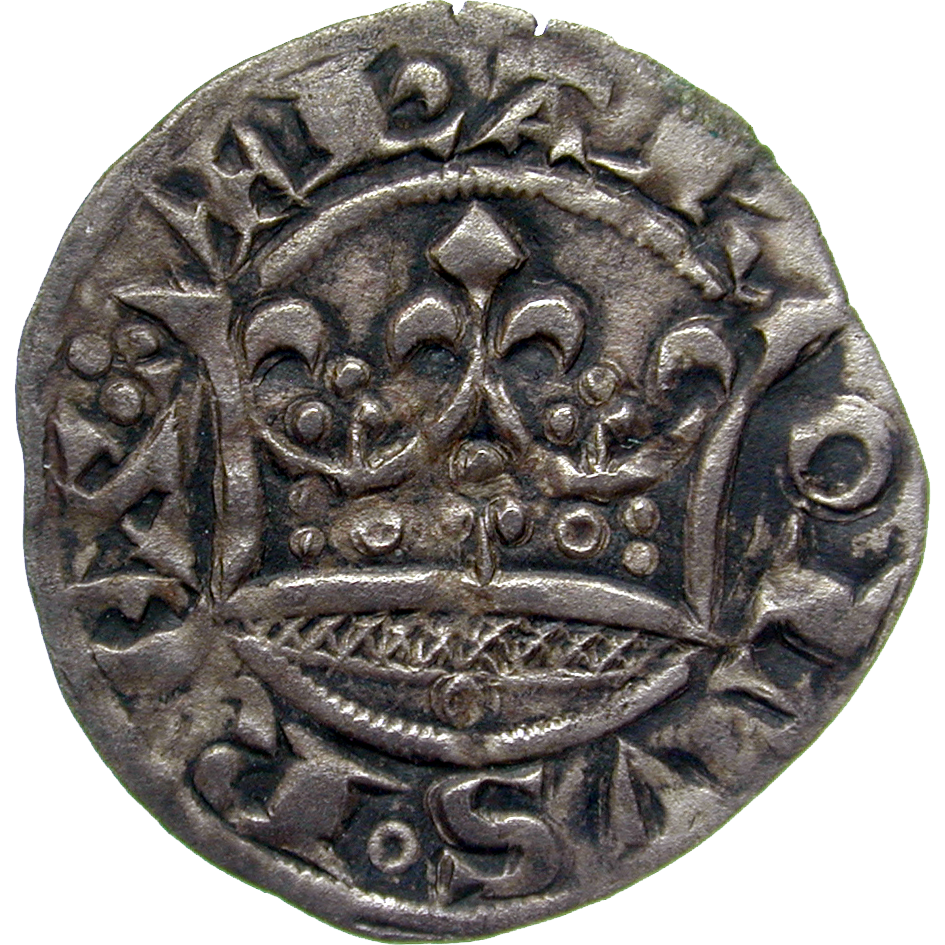 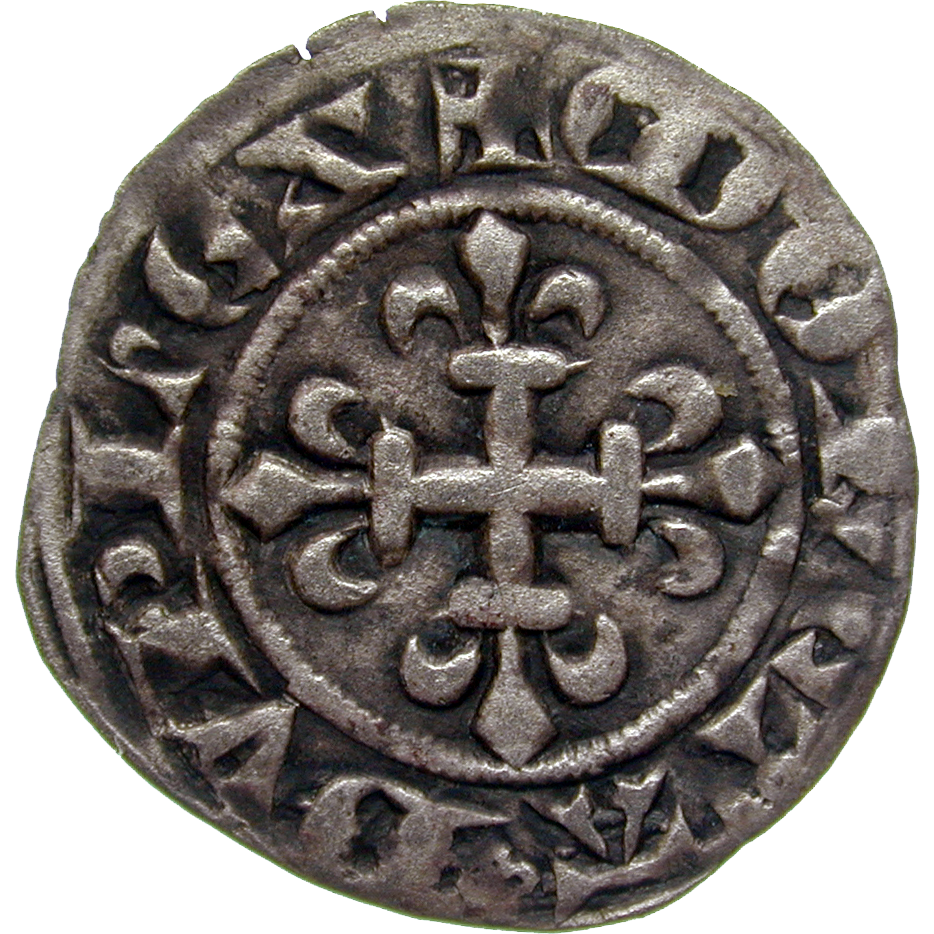 Charles VI, King of France (1322-1328), reverted to a well-tried and simple method to supplement the state treasure: He dropped the silver content of his coins, which enabled him to mint much more money from the same amount of silver. This coin is a good example for this practice. It is a double denier from Paris, as the inscription MONETA DVPLEX (double coin) on the reverse reveals. The weight of the coin, however, is about the same as that of a good single denier parisis. The obverse depicts the French crown, the inscription reads KAROLVS REX.