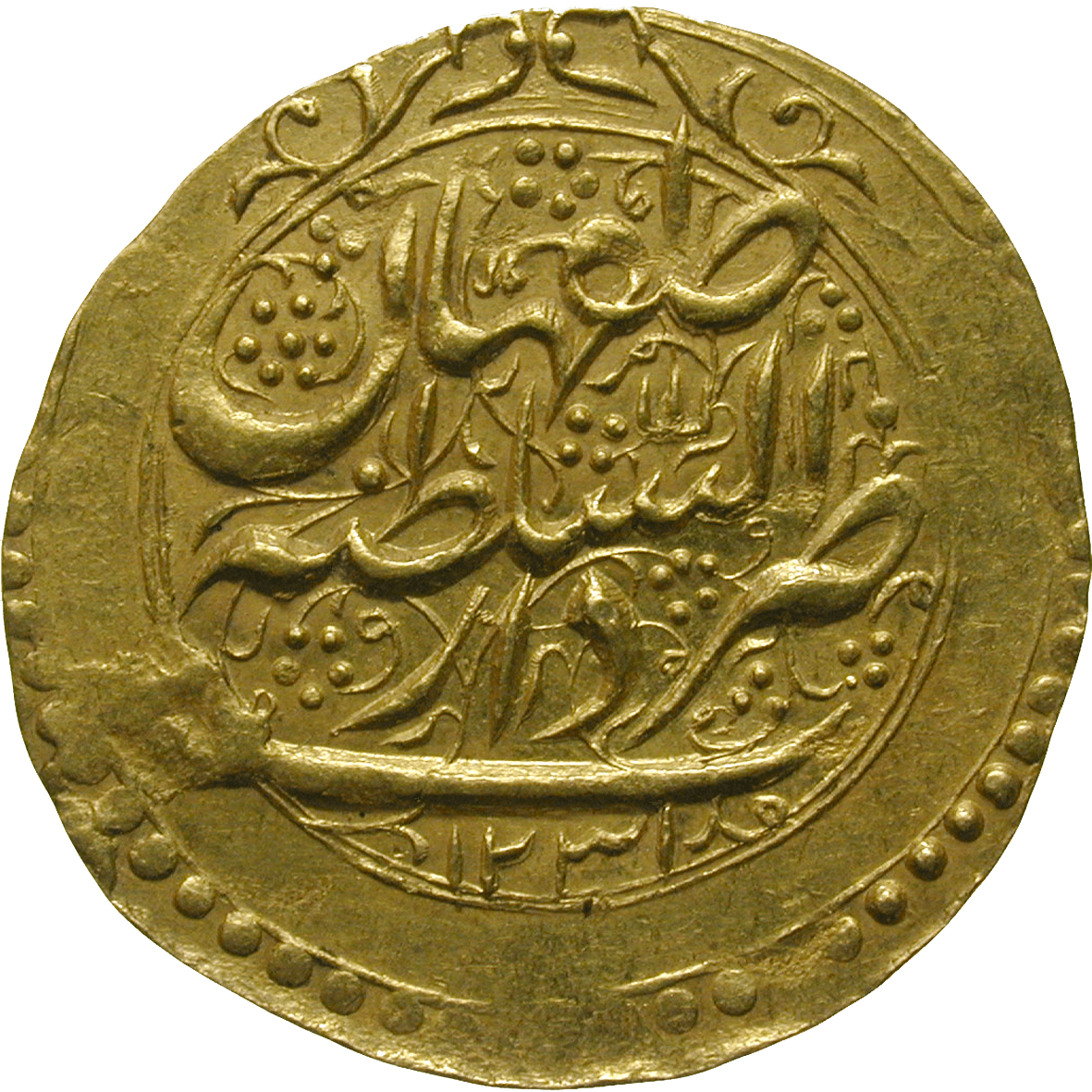 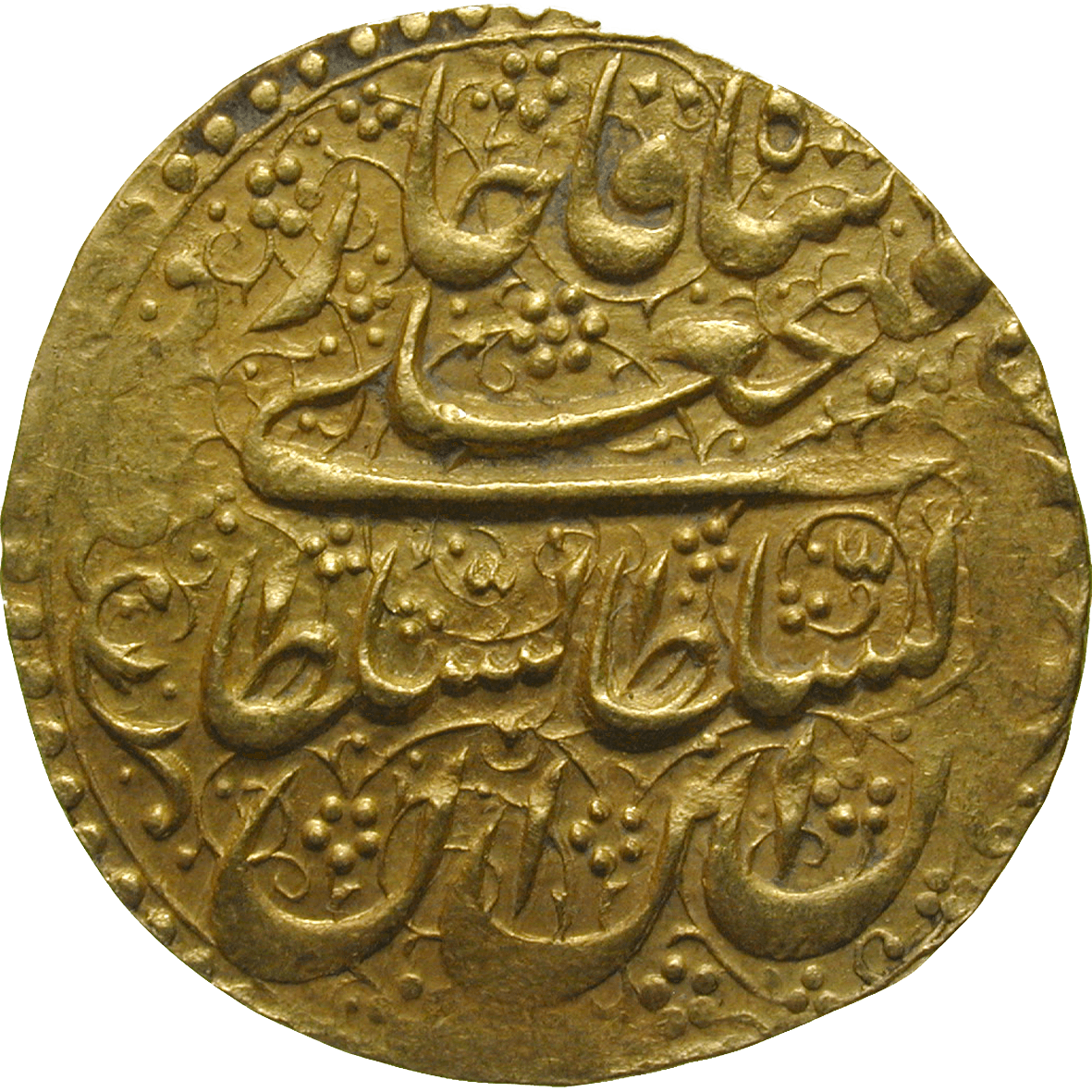 The toman was the gold currency of the Persian Qajar dynasty. Its first issuer was Mohammed Khan Qajar, the founder of the dynasty. Mohammed Khan united the whole of Persia in his hand and made Teheran, an insignificant village at that time, his capital. His successor was Fath Ali Shah (1797-1834), the issuer of our coin. The Qajar dynasty ruled Persia until 1925. Then it was overthrown by Reza Shah Pahlavi, the founder of the Pahlavi dynasty, which in turn was removed from power by the Islamic Revolution of 1979. Tomans were minted until the end of the Qajar dynasty, although with rapidly sinking weights: While the earliest pieces had weighed a whole 8.2 grams (0.29 ounces), the weight dropped down to 3,2 grams (0.11 ounces) in the 20th century. Our piece was struck in 1816 and weighs somewhat over 4.5 grams (0.16 ounces).