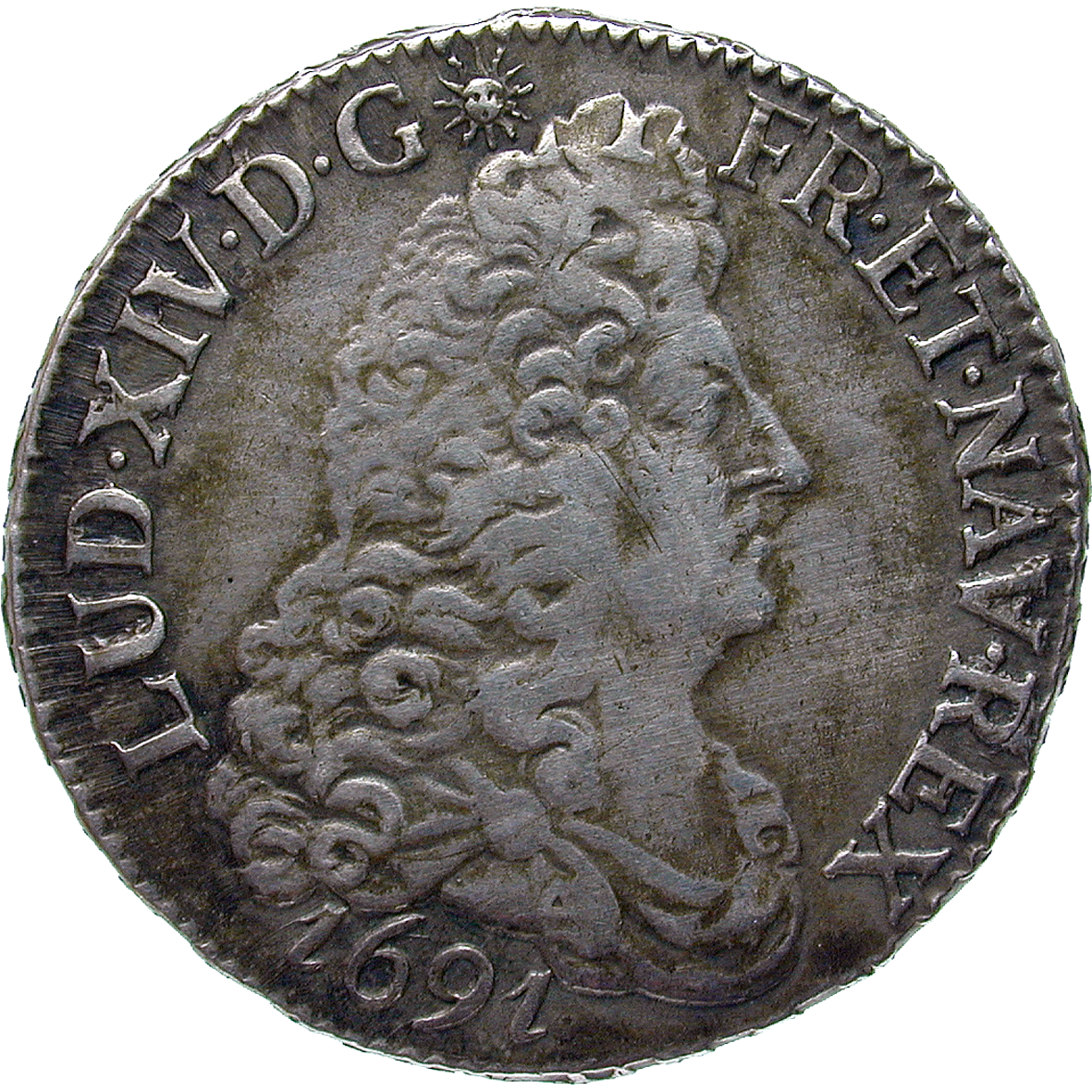 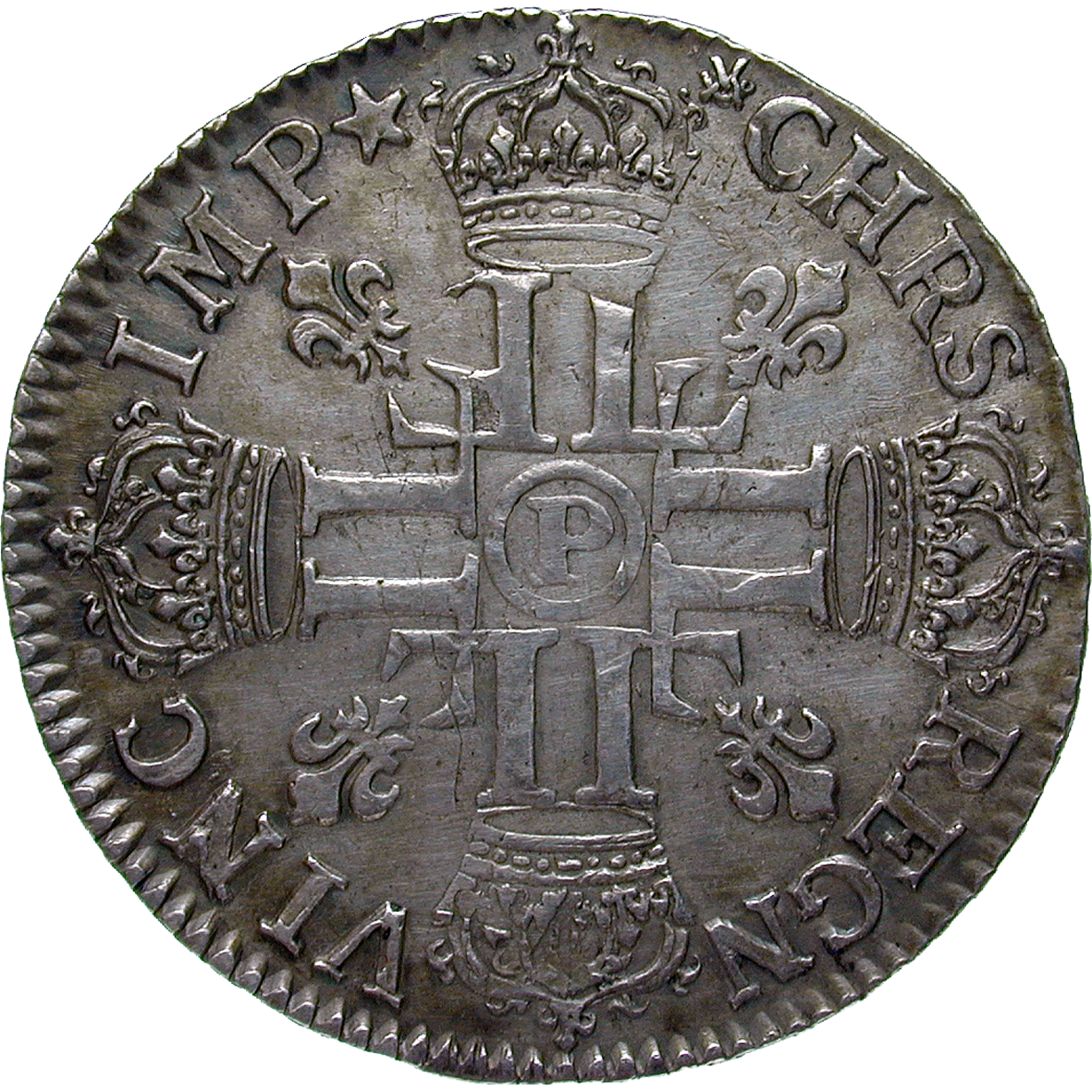 Louis XIV (1643-1715) was the Sun King. He threw splendid parties, built great palaces, waged ceaseless wars. The problem of permanent indebtedness he solved by withdrawing circulating coins and revaluating them through counterstamping; "reformation," he called this procedure euphemistically. In reality, however, the recurring "reformations" were nothing else than a gradual devaluation of the currency, causing much dissatisfaction among the population. Measured in the silver value of the later franc, the silver value of the livre sank from 1.86 to 1 franc between 1641 and 1740. During that time the value of the ecu was raised from 3 to 6 livres. The star in the legend on the reverse of this half ecu shows that the piece is such a "reformed," i.e. depreciated, coin.