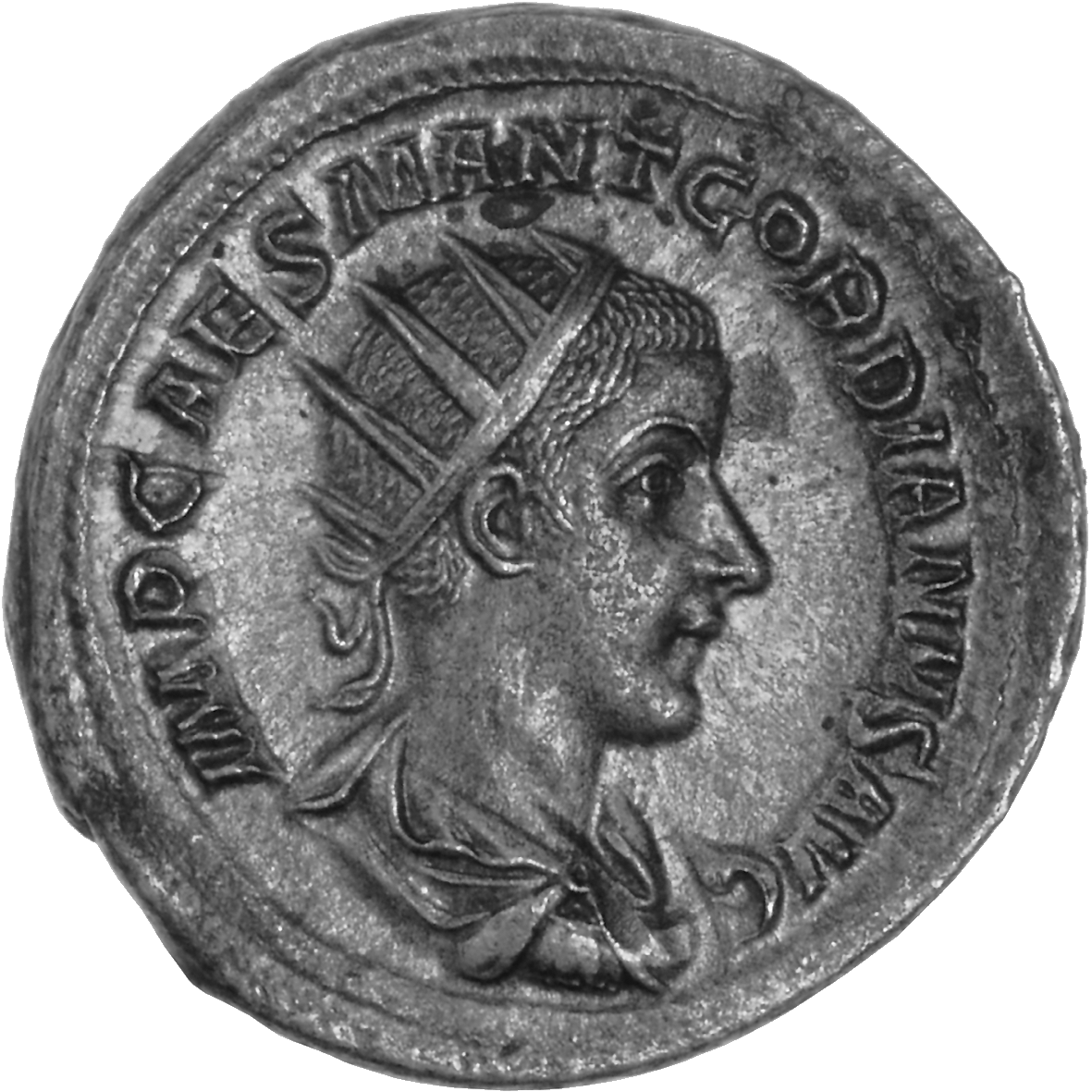 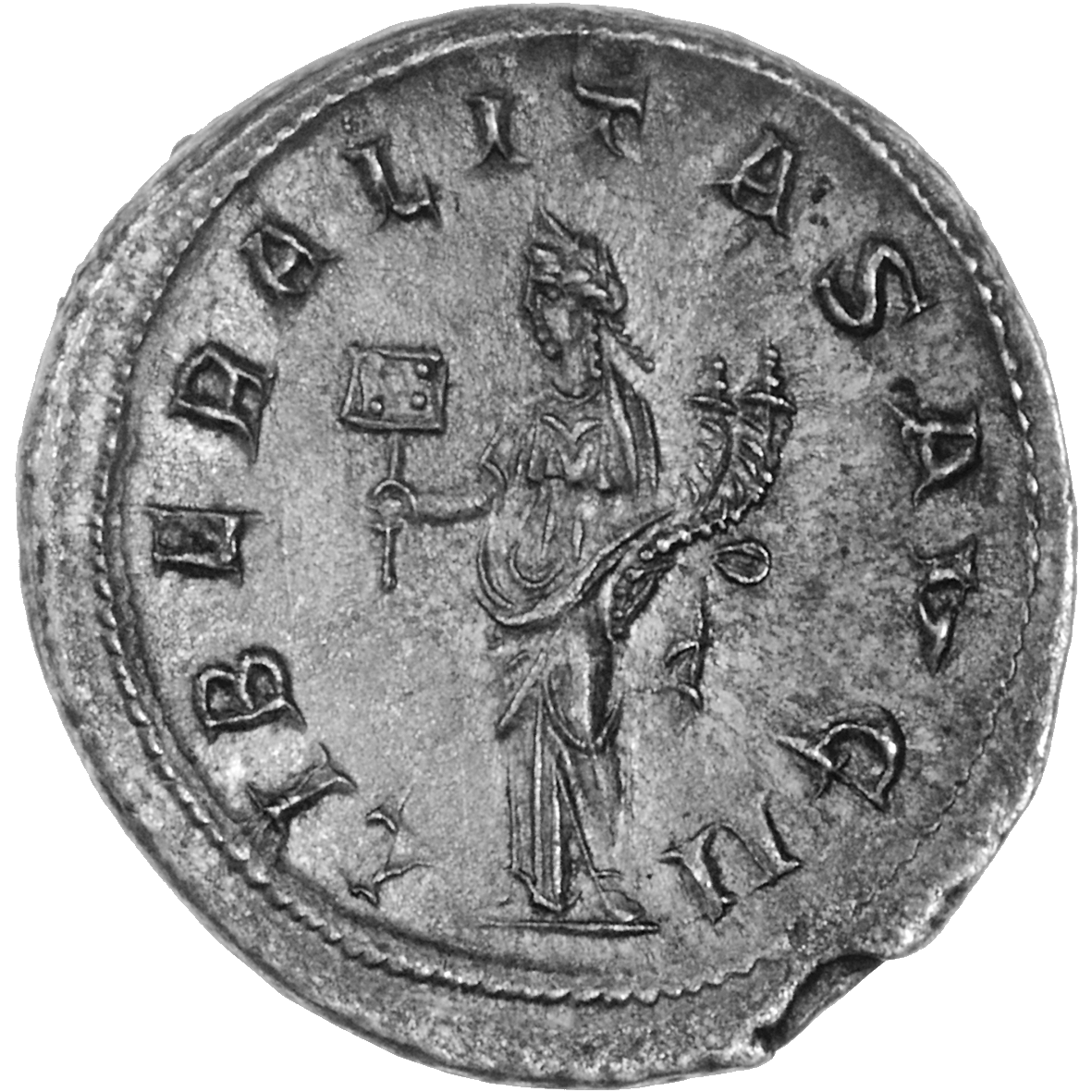 In the year 214 Emperor Caracalla created a double denarius whose weight was only one and a half times the weight of a customary denarius. The Roman name of the double denarius is unknown; later it was called Antoninian – after its inventor, Marcus Aurelius Antoninus alias Caracalla.

Antoninians can easily be recognized because the emperor is always wearing an aureole.This piece was minted during the reign of Gordian III who was emperor from 238 until 244.

Liberalitas on the reverse of our coin stands for generosity. She holds an abacus in her right hand, a calculation tool by means of small stones. Here the table is full of stones, meaning that the population was to get more money.