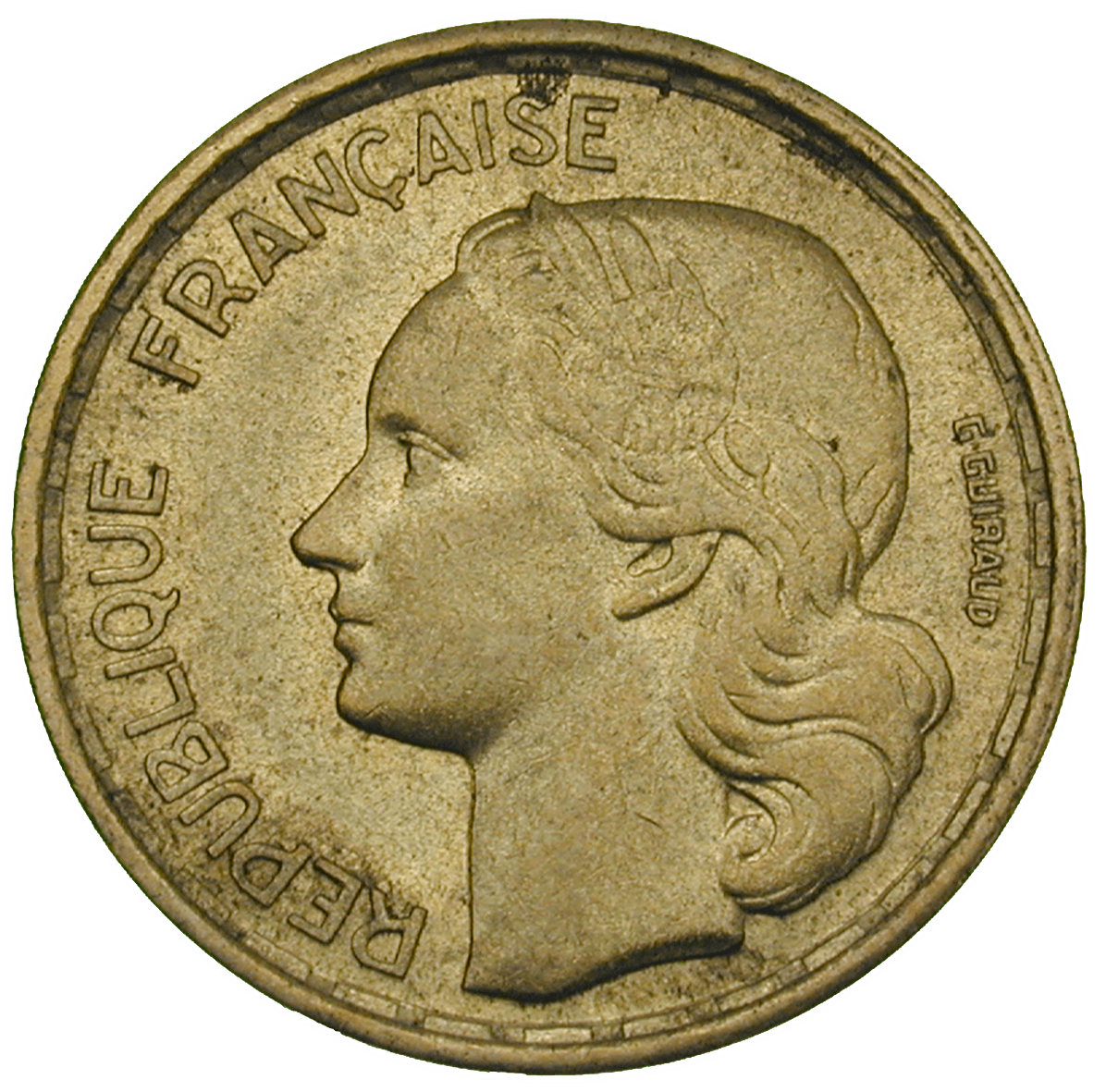 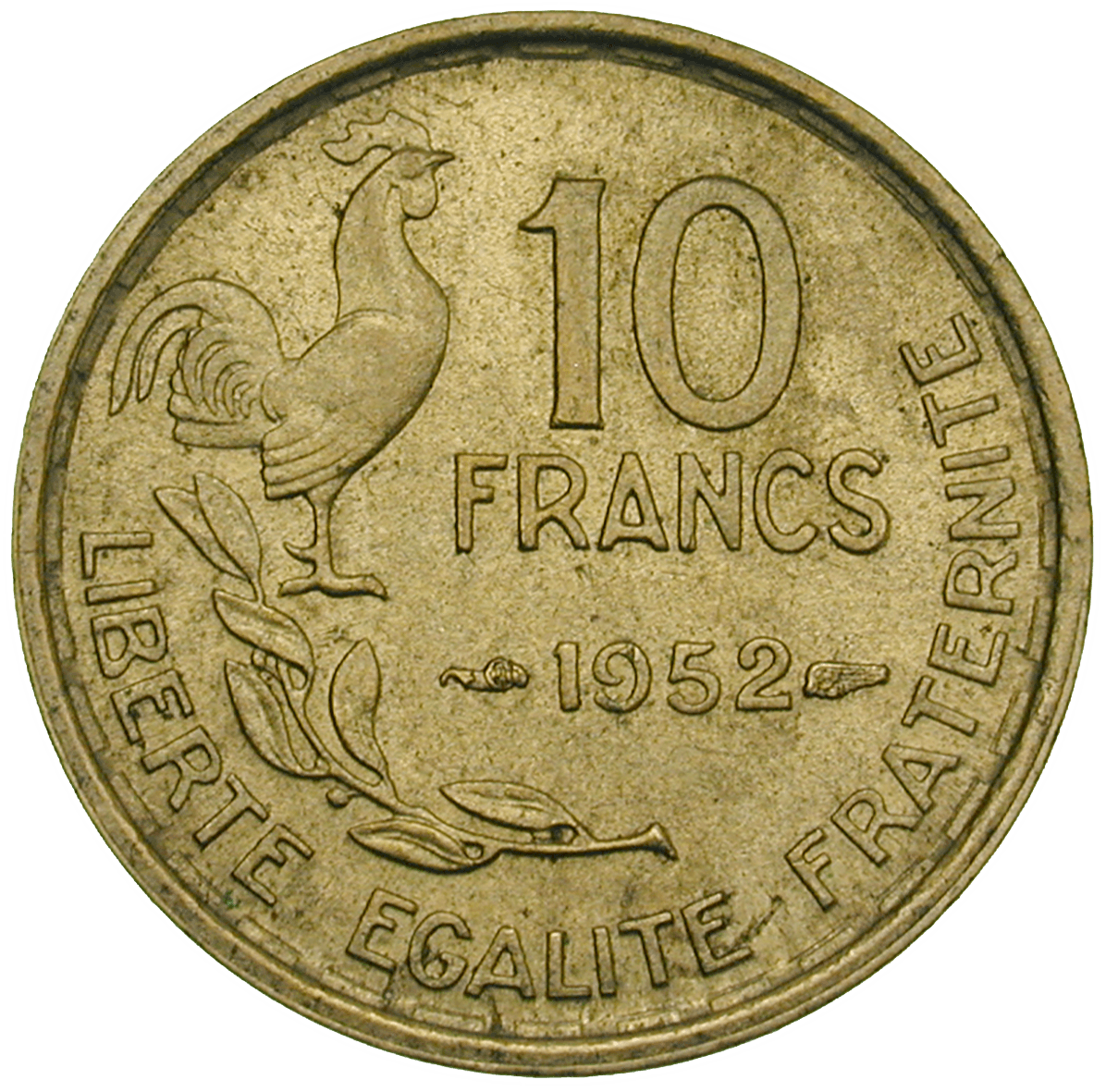 The more recent history of the French franc is an awkward matter. After the liberation of France from the German occupation in 1944, the franc had to be devaluated. After 1948, several other devaluations followed. Until 1959, the value of French franc had been reduced to one fortieth of its value of 1934 altogether. This 10-franc-coin is made from aluminum-bronze. Its obverse depicts the French Marianne wearing a laurel wreath. The reverse shows a Gallic cock, a branch of laurel, and the republican motto LIBERTE, EGALITE, FRATERNITE: Liberty, Equality, Fraternity.