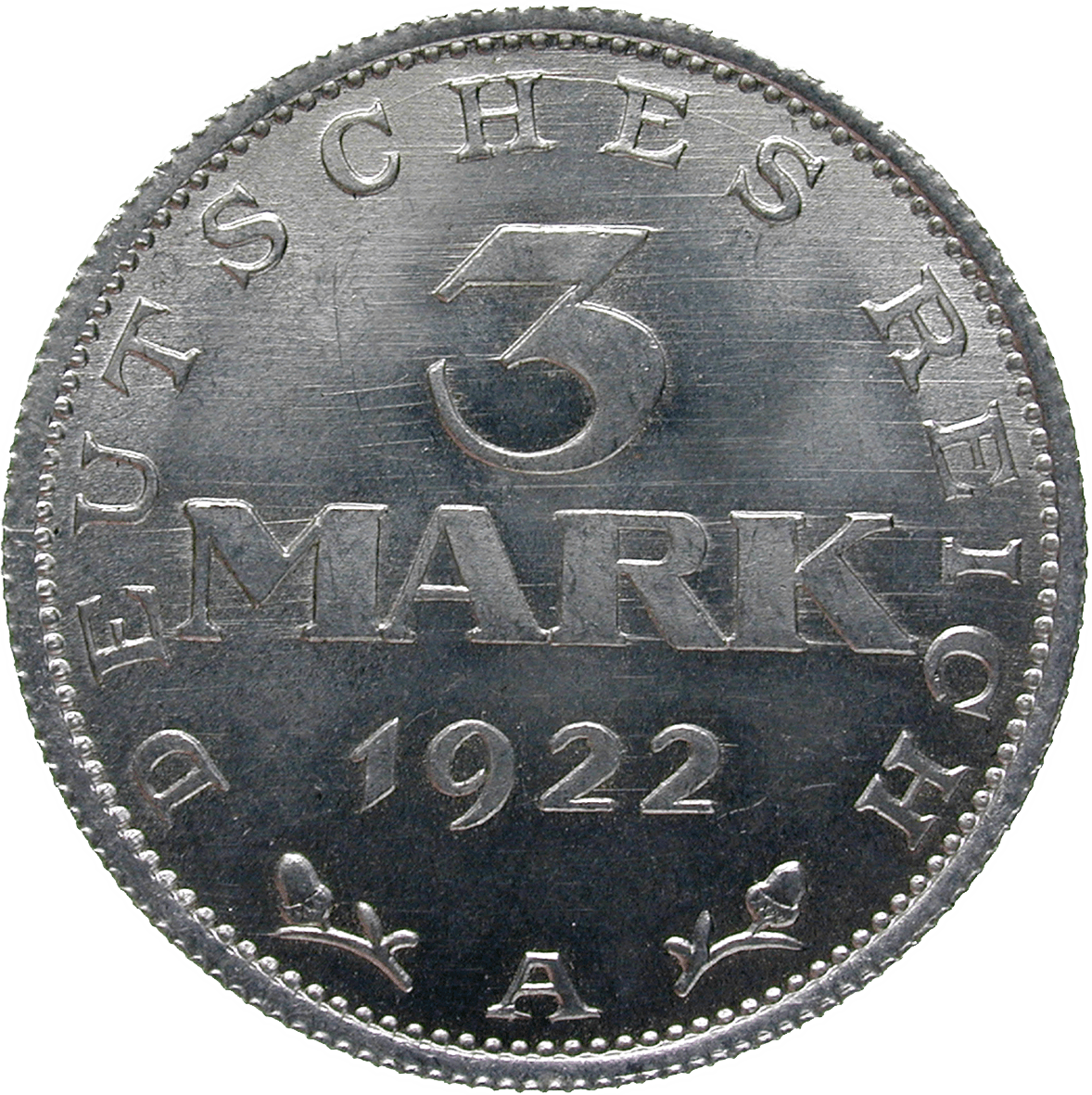 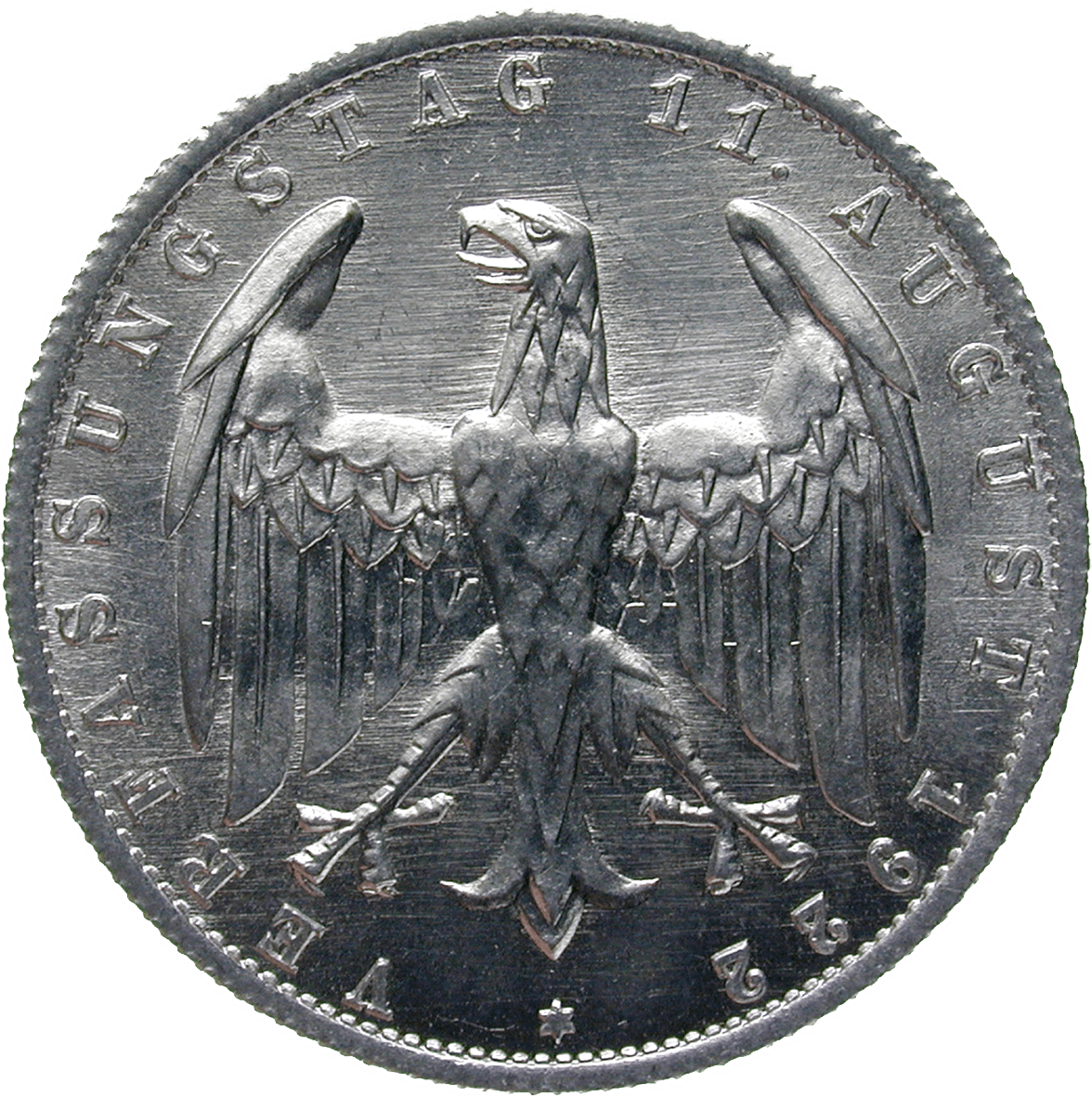 A coin made of aluminium, weighing just a little more than two grams, and worth as much as 3 marks – this coin stood for the German currency of 1922, during the time of the Weimar Republic. The Second Reich under Prussian leadership had collapsed after the defeat in the First World War in 1918. But how were the staggering reparation payments to be made? "I gave gold for iron," Germans used to say even before the war, and had bought war bonds on a massive scale. But the war was lost – and the money gone. In 1919, the German Republic was proclaimed in Weimar. A new constitution was drawn up to give the new state a legal basis. But despite the reform of the German currency, Germany was unable to keep up its reparation payments. The result was that in 1923 French troops occupied the Ruhr. What could the young republic do except devalue its currency and spend more money?