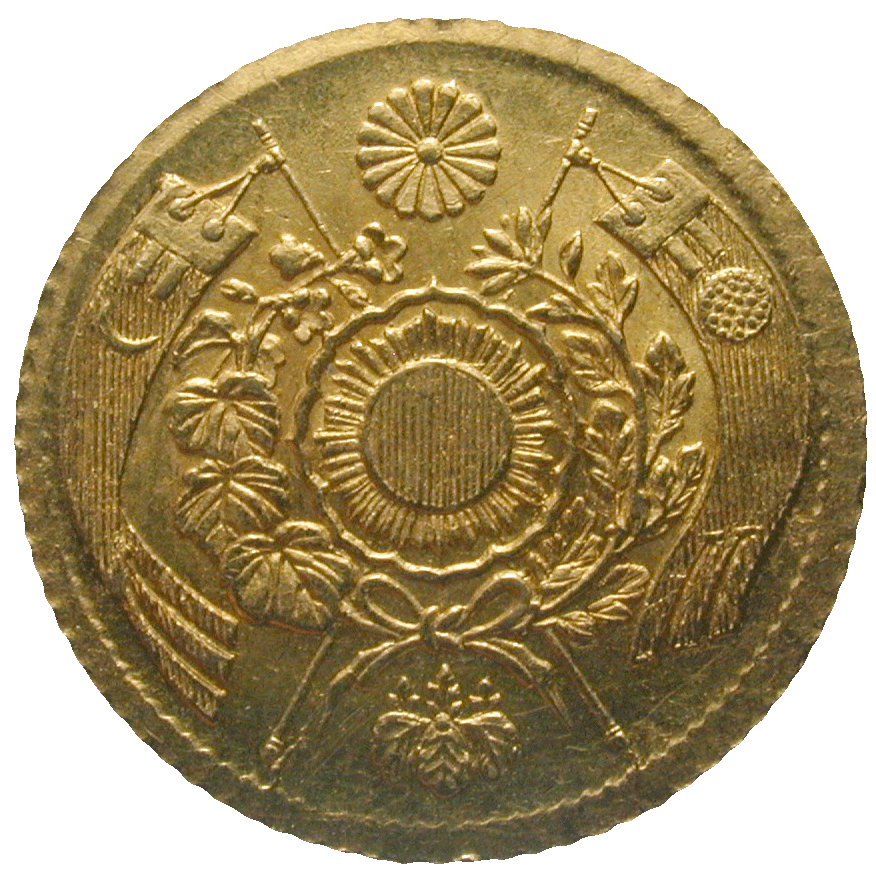 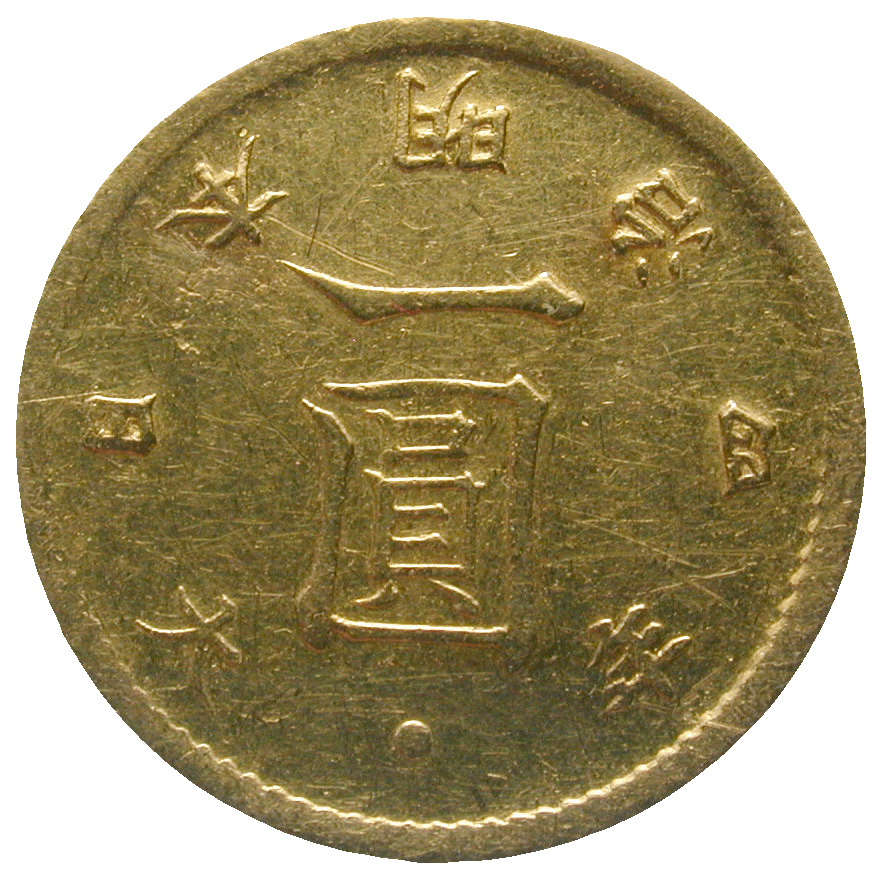 In the year 4 of the Meiji period – according to Western calendar: 1871 – the Japanese government instituted a new currency act. From then on, the yen was to be the only means of payment in Japan. The new currency was divided decimally: 1 yen equaled 100 sen or 1,000 rin. The first golden yens were issued in the same year. They were intended for domestic use, whereas the silver yens were to be used for foreign trade. This golden yen was minted in 1871 and hence belongs to the very first emission.