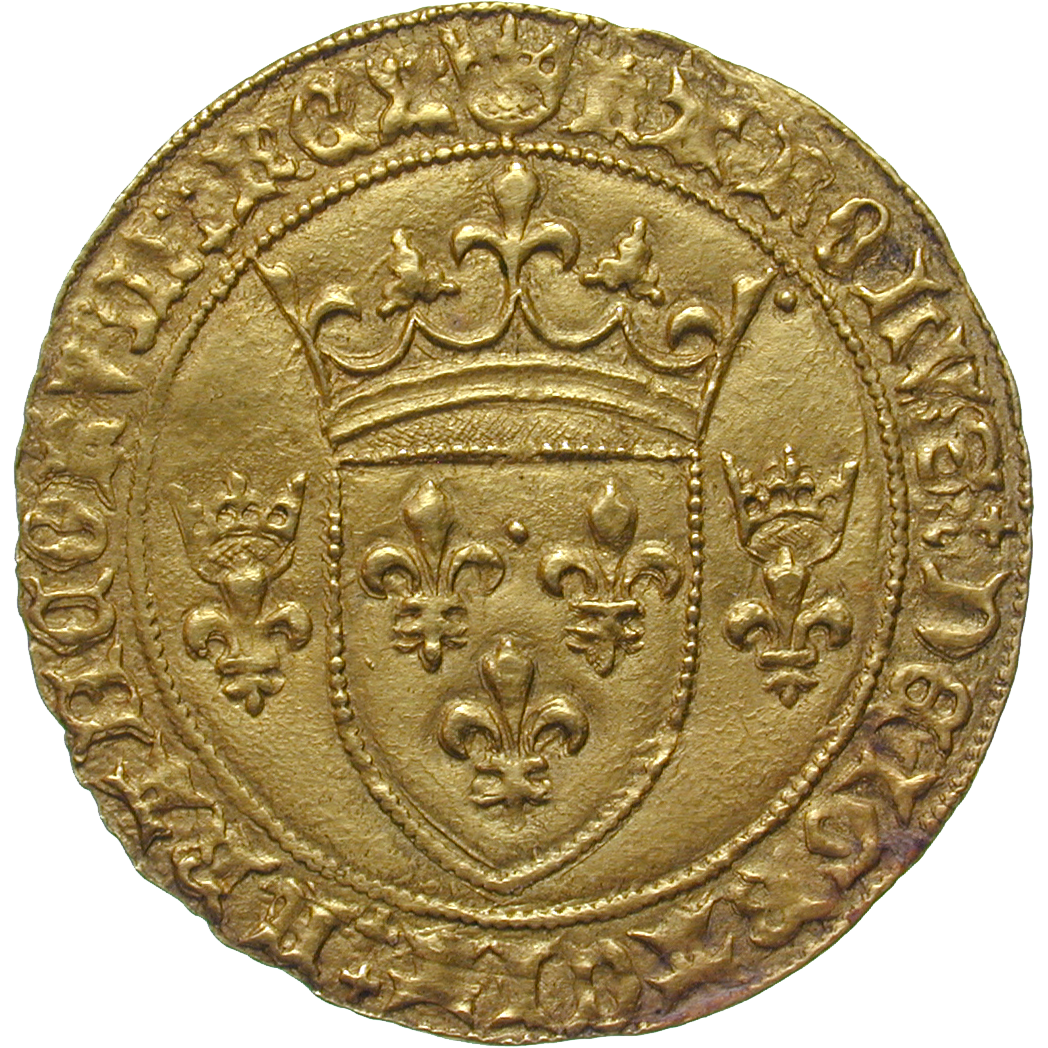 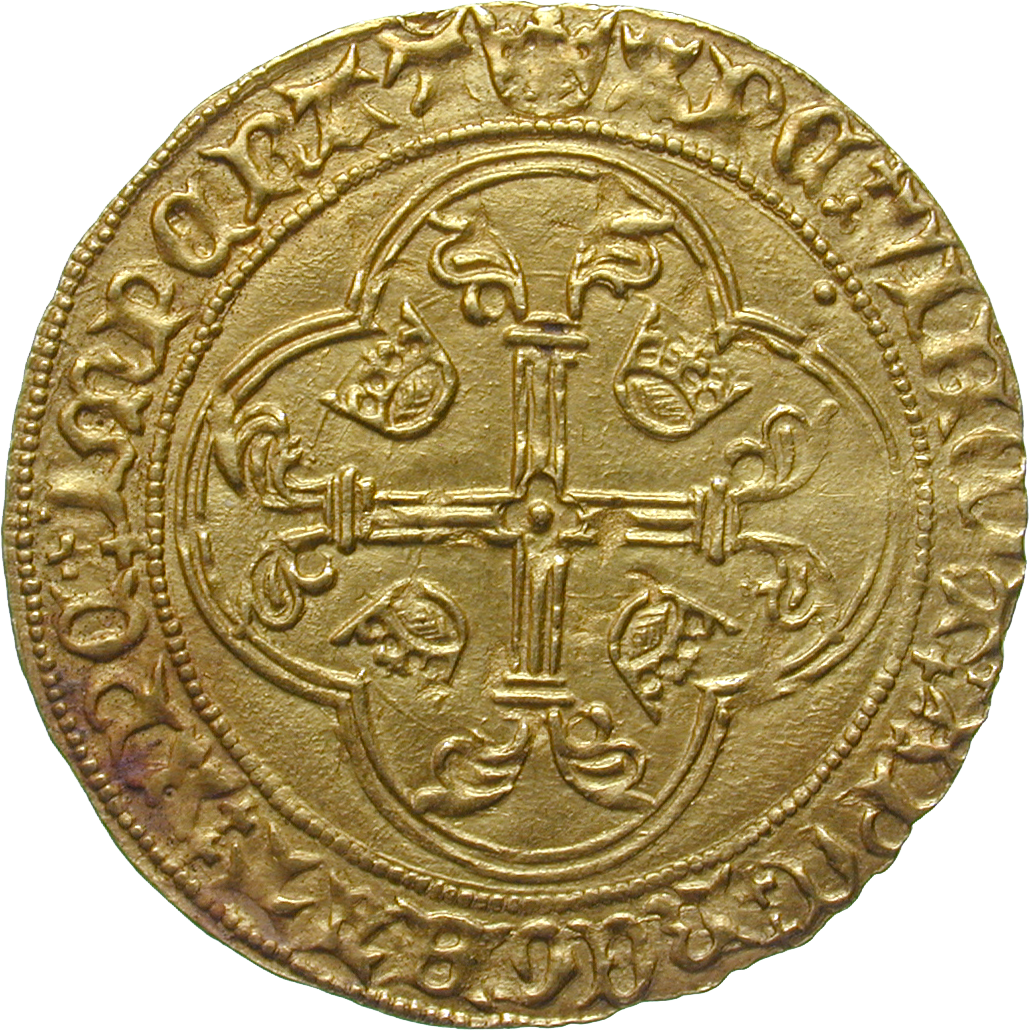 During the reign of the French king Charles VII (1422-1461), the Hundred Years' War came to an end. This characterizes the coinage of this king. Until 1435 his coins were of very diverse – mostly bad – quality. But in 1436 the French troops recaptured Paris from the English. It was the definite shift in the fortunes of war. That same year, Charles took steps to stabilize the French coinage. He issued a new golden écu, a silver blanc, and its half-piece in billon. This écu, known as écu de France couronné, dates from the second emission of these new coin issues. Its name derives from the coins image – écu denotes the French shield, which is crowned (= couronné) with the royal crown.