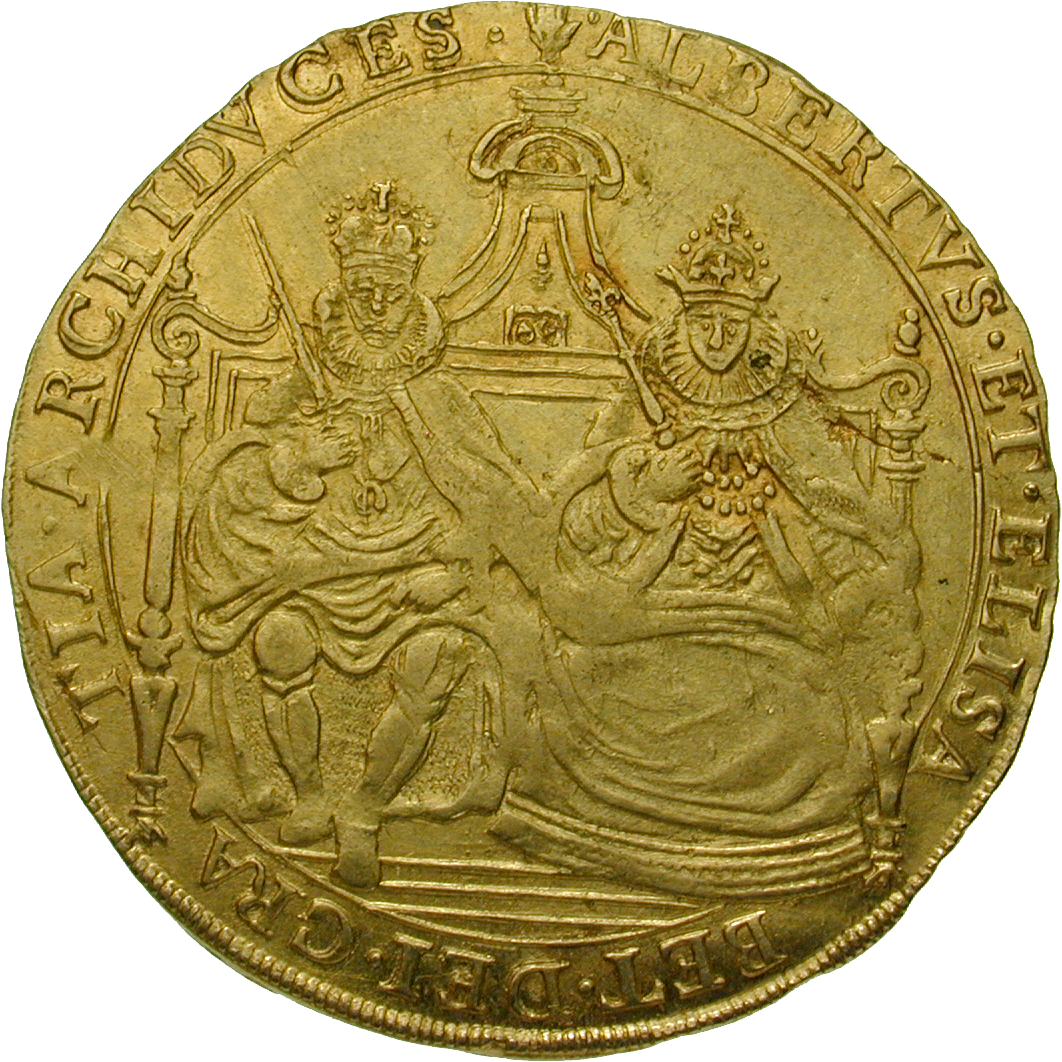 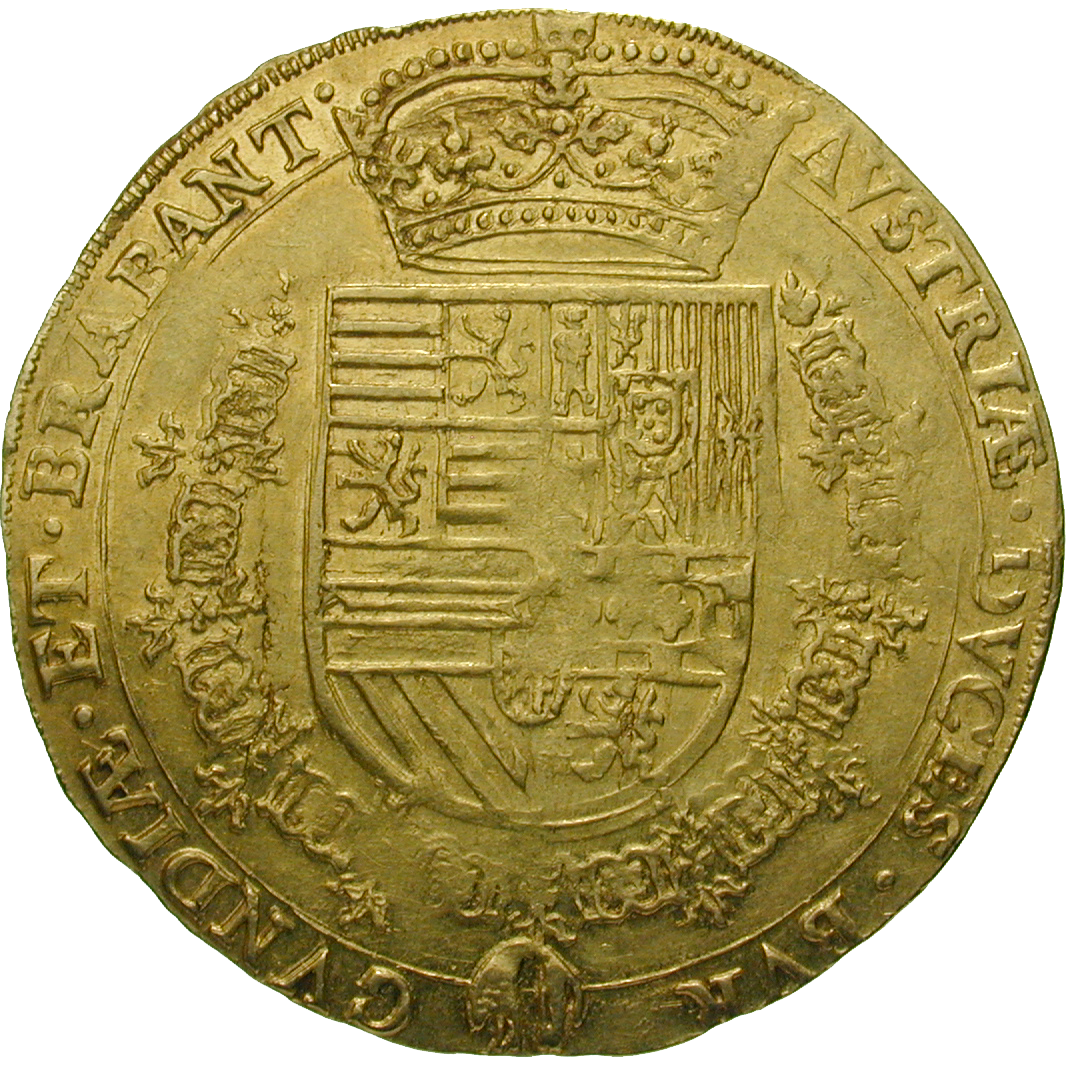 Under the joint reign of Isabella of Spain and Albert of Austria (1598-1621), a coinage system was introduced to the southern Netherlands that was to remain in use almost unchanged for the next 150 years. Their gold coin was the souverain, geared after the sovereigns of Queen Elizabeth I of England, yet its fineness corresponded to that of the contemporary English sovereign. Four divisions of the Dutch souverain were issued: A double piece of 240 stuivers, which was minted in large numbers with constant weight and fineness until the end of the 18th century. Besides there were a half, a two-third and the whole souverain.