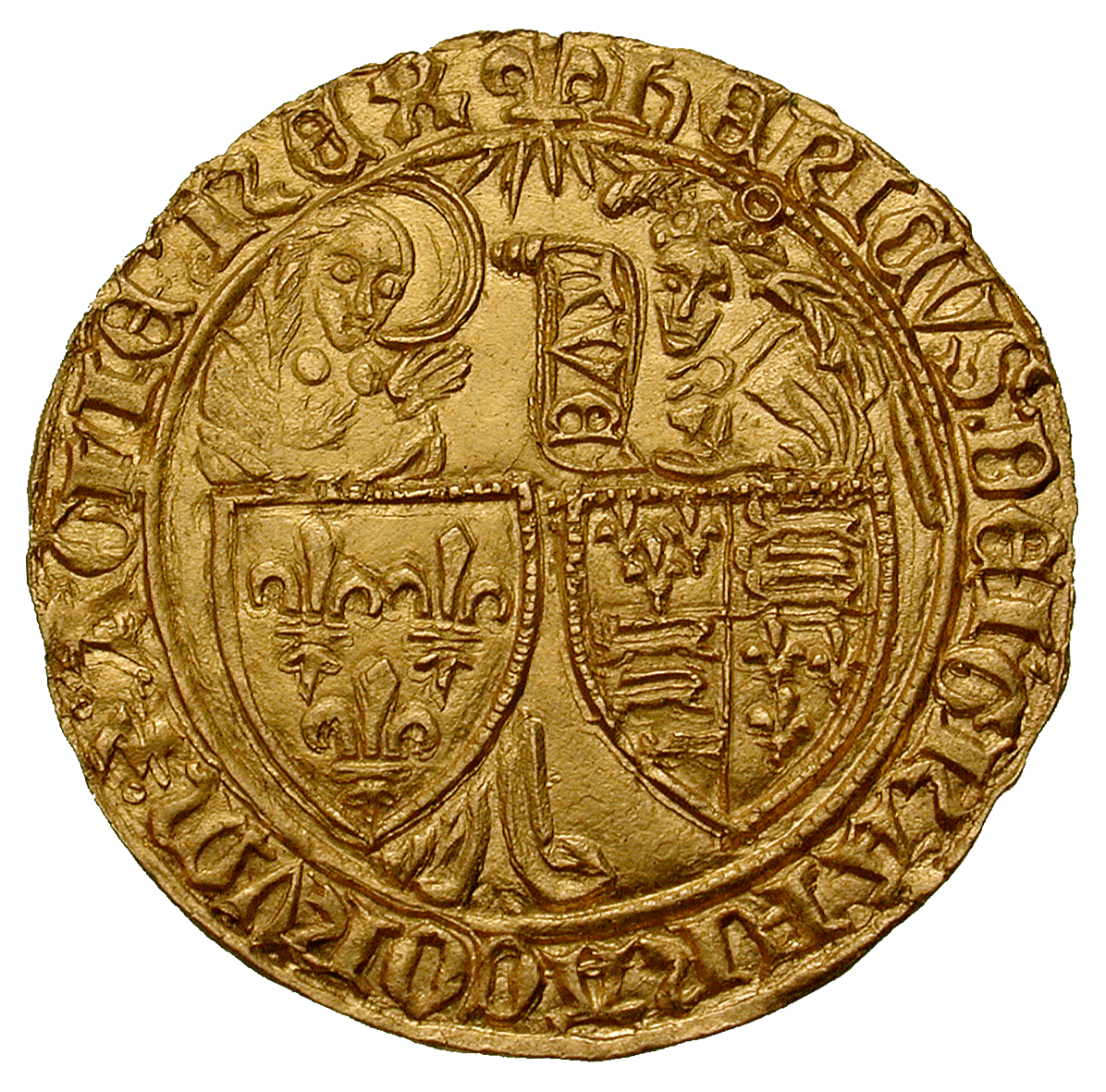 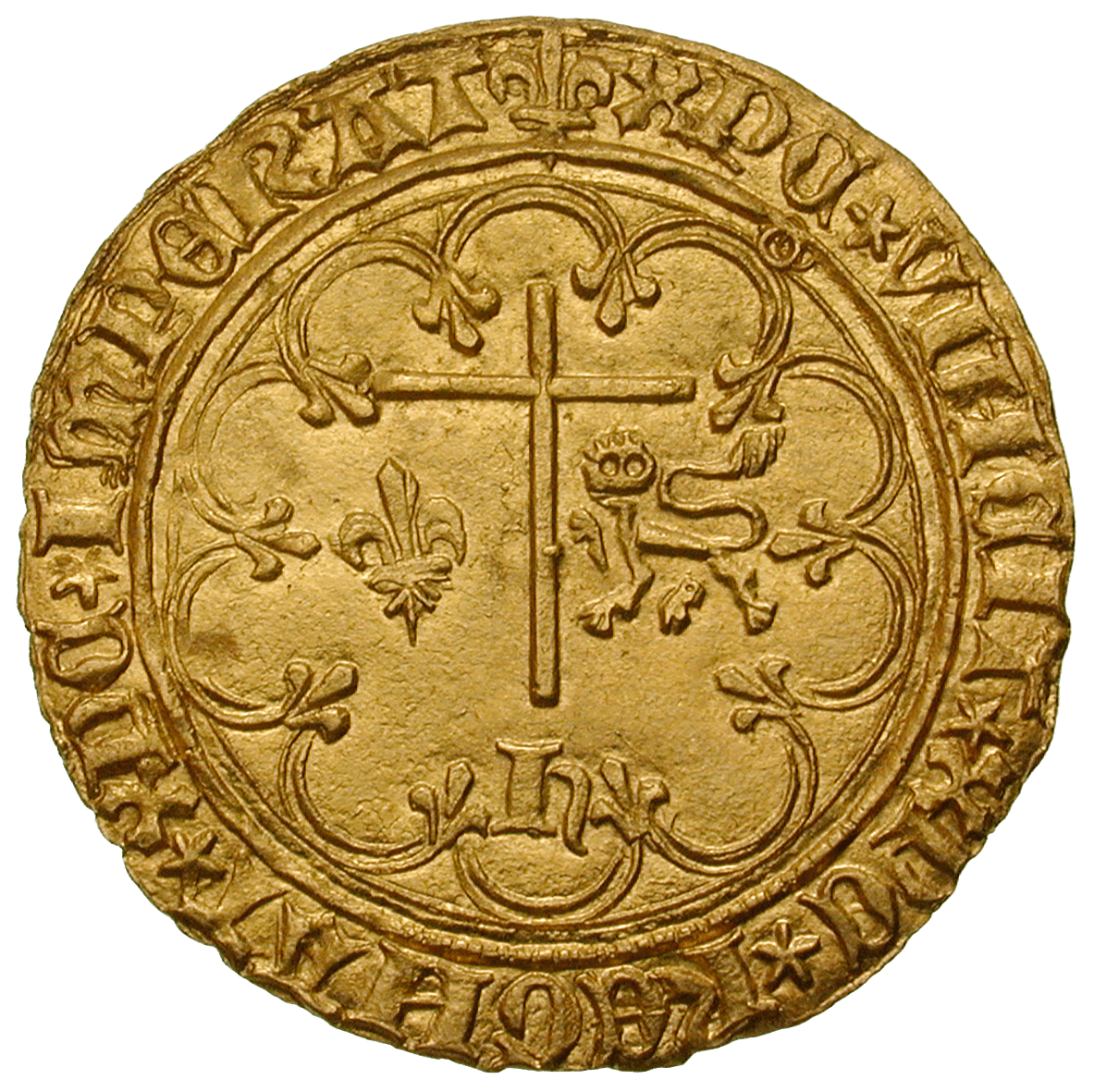 The salut d'or was one of the most highly esteemed gold coins of the 15th century. It owed its reputation at least in part to its convenience, for it was of the same weight and value as the gold florin and the English half-noble. At the same time, it was of great beauty and charm, having as obverse a representation of the Annunciation above the shields of France and England. This salut is an issue of Henry VI (1422-1453), under whose reign the kingdoms of France and England were temporarily united. Indeed, the inscription on the obverse reads (H)E(n)RICVS DEI GRA(tia) FR(an)CORVM (et) A(n)GLI(a)E REX: Henry, by the grace of God king of France and England.