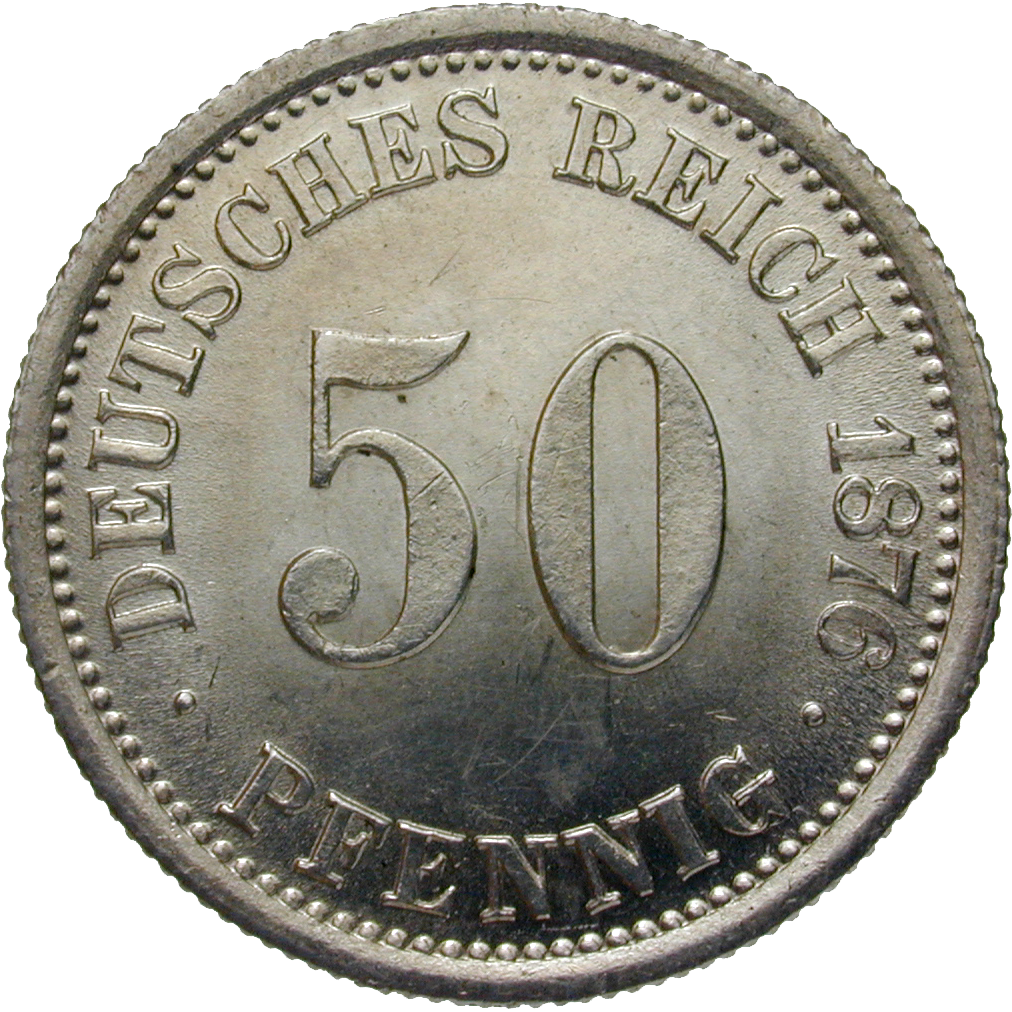 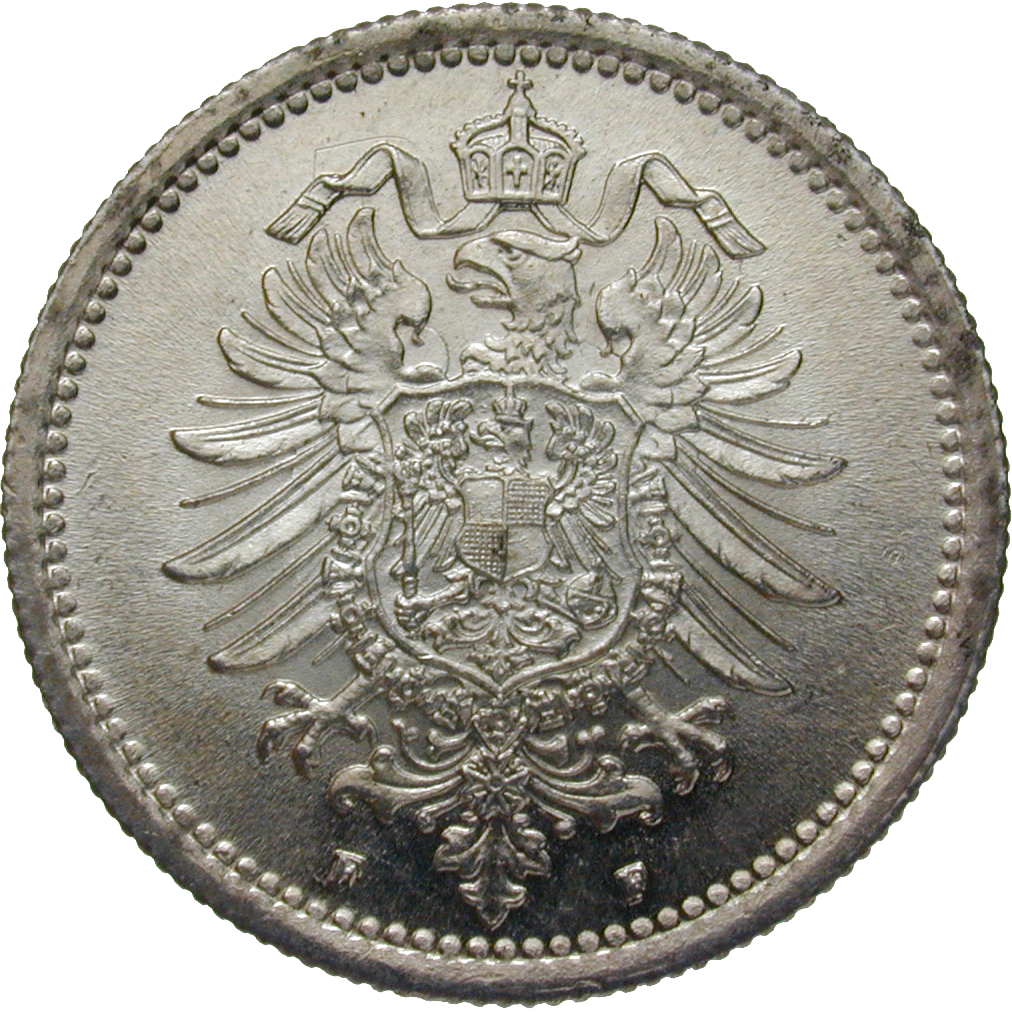 In 1871, the collective victory of the different German states marked the beginning of a dream that many Germans had been dreaming for a long time: the foundation of a united Germany. With the coronation of the Prussian king Wilhelm I as German Emperor (1872-1888) in Versailles, a united Central-European empire finally entered the international political stage. That same year, a single German currency was created. The monetary sovereignty of the individual states was abandoned; from now on, the coinage prerogative lay with the imperial government exclusively. Along with the introduction of the mark as national currency, the most important innovation was the change from silver to gold as currency standard. Furthermore, the decimal system was introduced: one mark was divided into 100 pfennigs.