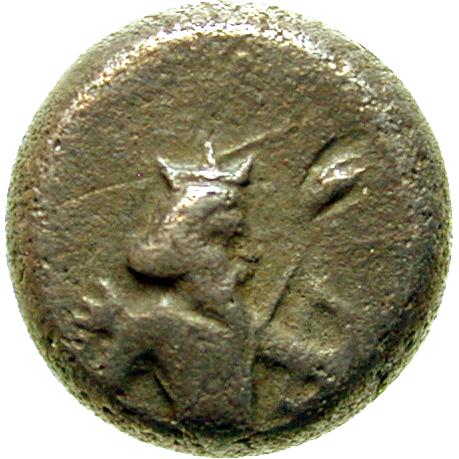 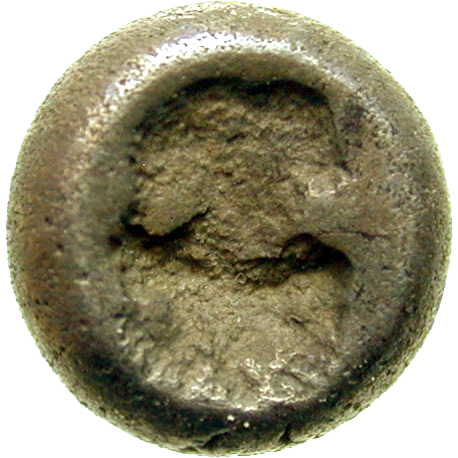 The foundation of the first distinctively Persian coinage is credited to Darius I (522-486 BC), one of the most significant Great Kings of the Achaemenid Empire. All the coins of the Achaemenid currency bore the same motif – the Persian Great King as an archer. In gold, Darius had darics minted, named after himself. In silver the siglos was issued. This little silver coin is a 1/8 siglos. Despite its tininess – the coin weighs 0.65 gram and has a diameter of 7 millimeters – this pipsqueak depicts the typical motif.