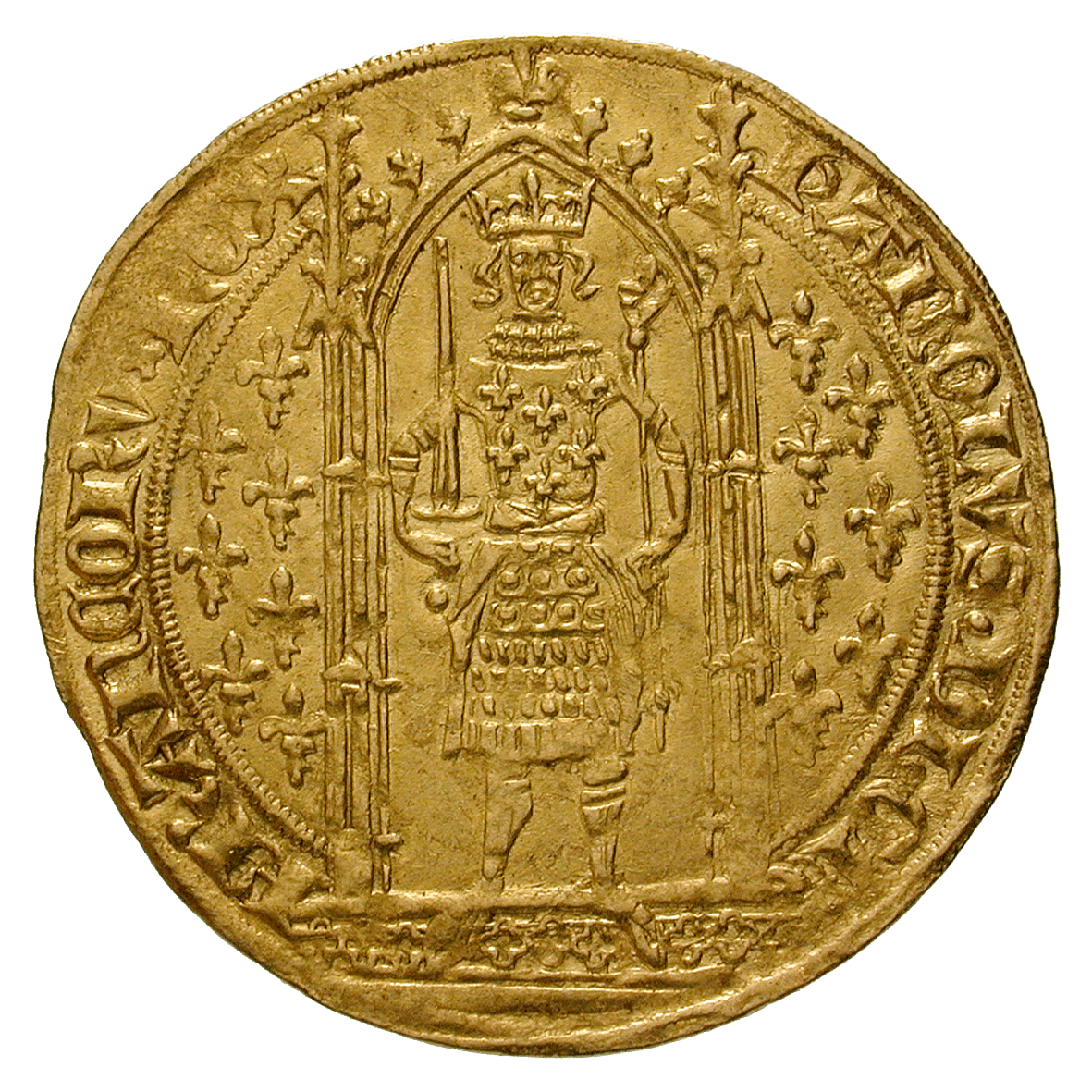 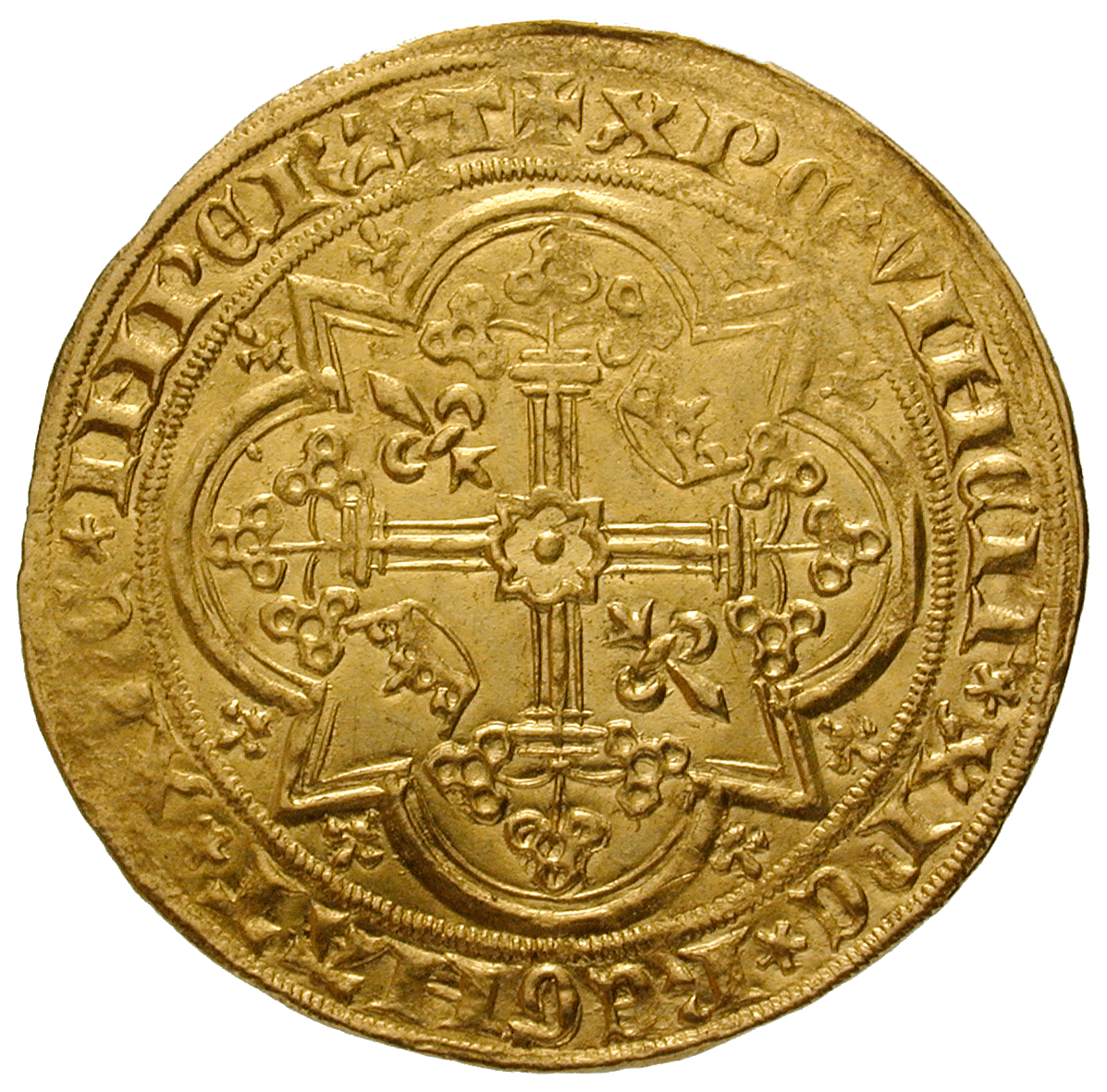 The return to solid money after the continuous currency depreciations under his predecessors was part of the French King Charles' V (1364-1380) general policy of reform. At last, his coins had the intrinsic value that their denominations promised. The characteristic coins of his reign were a billon piece of 5 deniers (pennies), a silver gros tournois, and a golden franc à pied. The franc à pied depicted the king standing under a canopy, clad in armor, and holding a scepter and a sword.