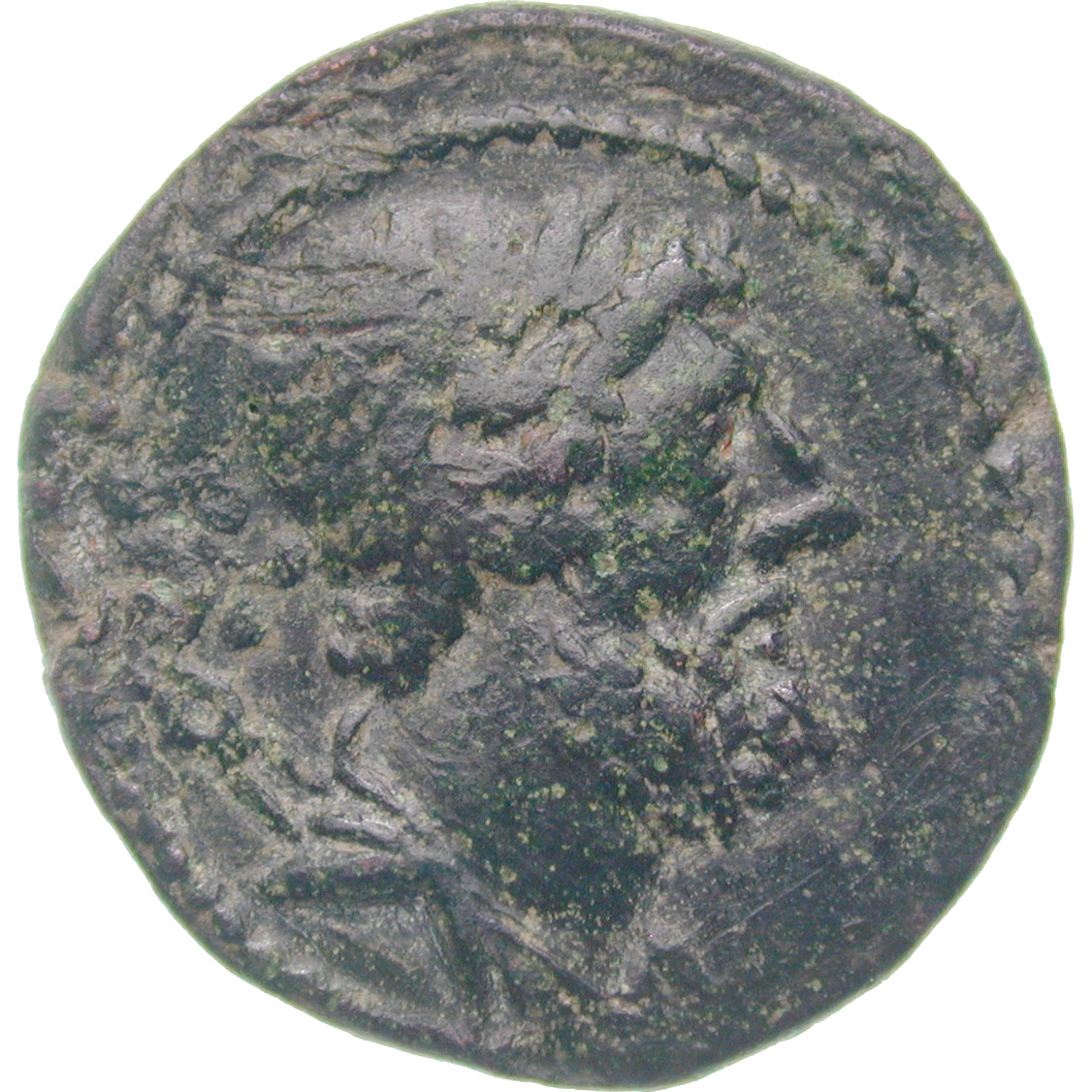 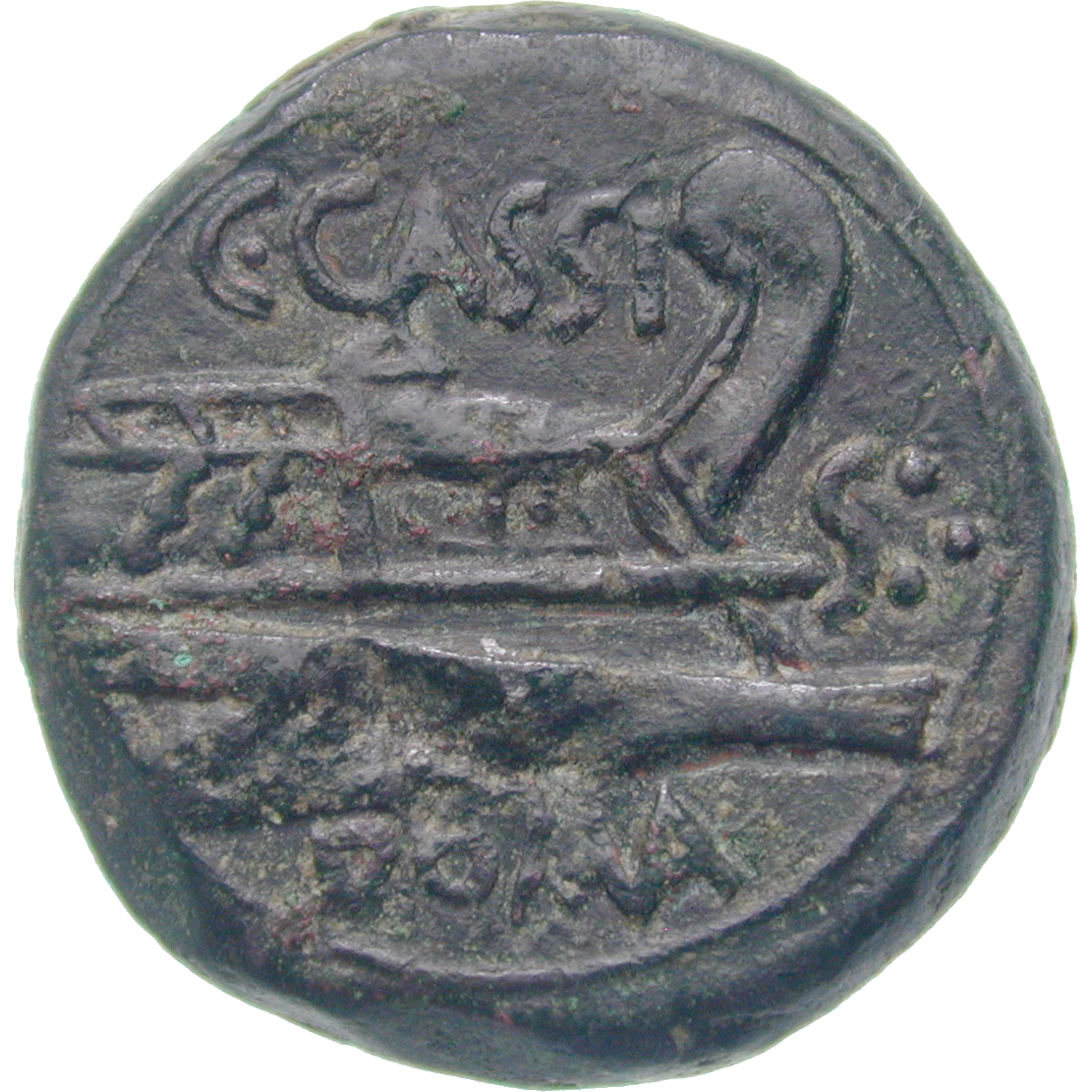 The dodrans was actually a Roman unit of weight and measure. The name was a contraction of the Latin 'de quadrans,' meaning literally 'one quart missing from the whole.' Accordingly, the dodrans had a weight of 3/4 of an as or 9 unciae.

As a bronze coin the dodrans was only minted between 125 and 110 BC. The obverse depicted the bust of god Vulcanus with tongs. The reverse showed a prow, the motif common on Roman bronze coins, together with the name of the mint official responsible for the issue. Only two mint officials issued the dodrans, however. Here, the inscription reads C. CASSI for C. Cassius Longinus. The reason for the temporary issue of the dodrans is unknown.

The dodrans bore on both faces as indication of value the letter S and three pellets. S stood for a half as, for 6 unciae thus; the three pellets complemented the vlaue to a total of 9 unciae.