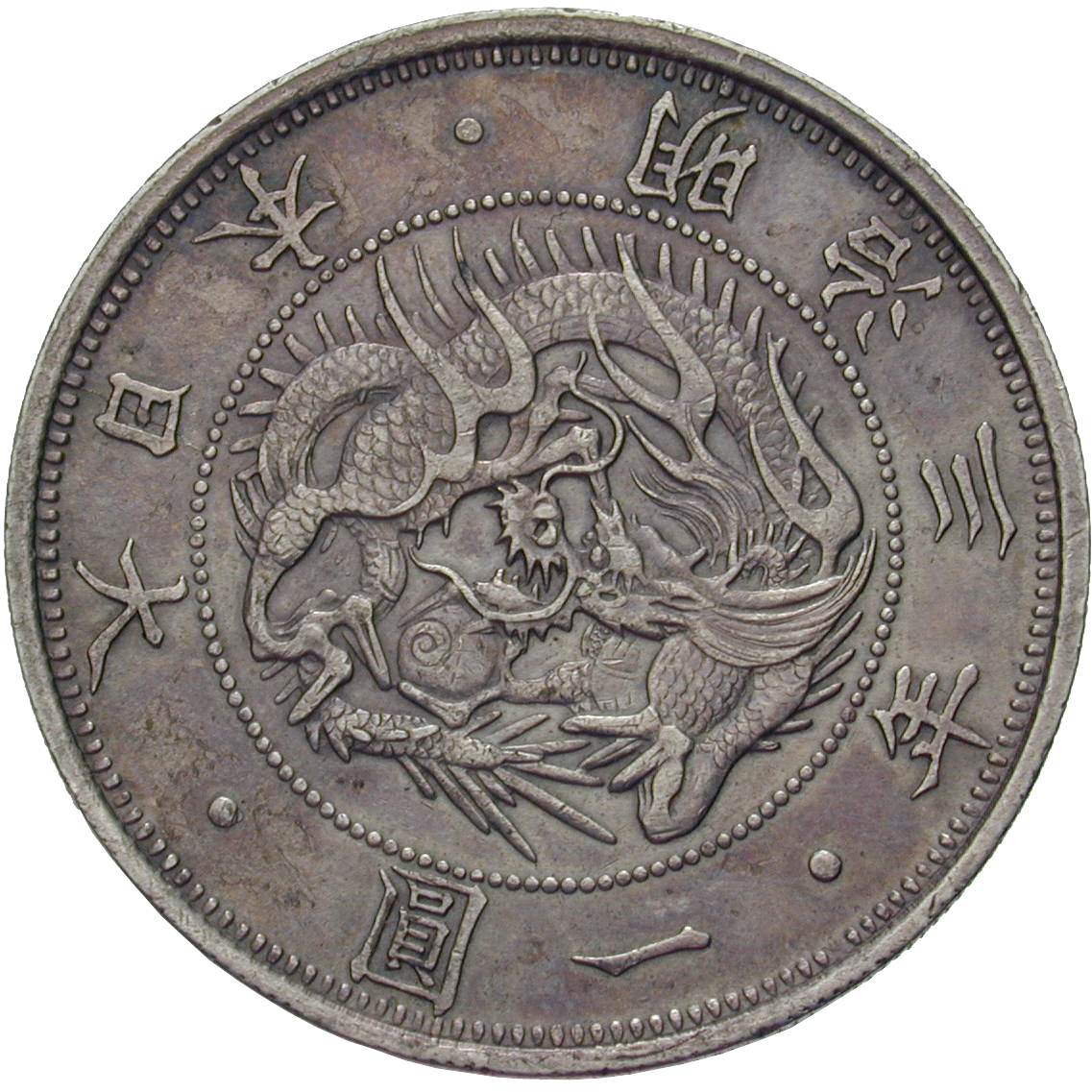 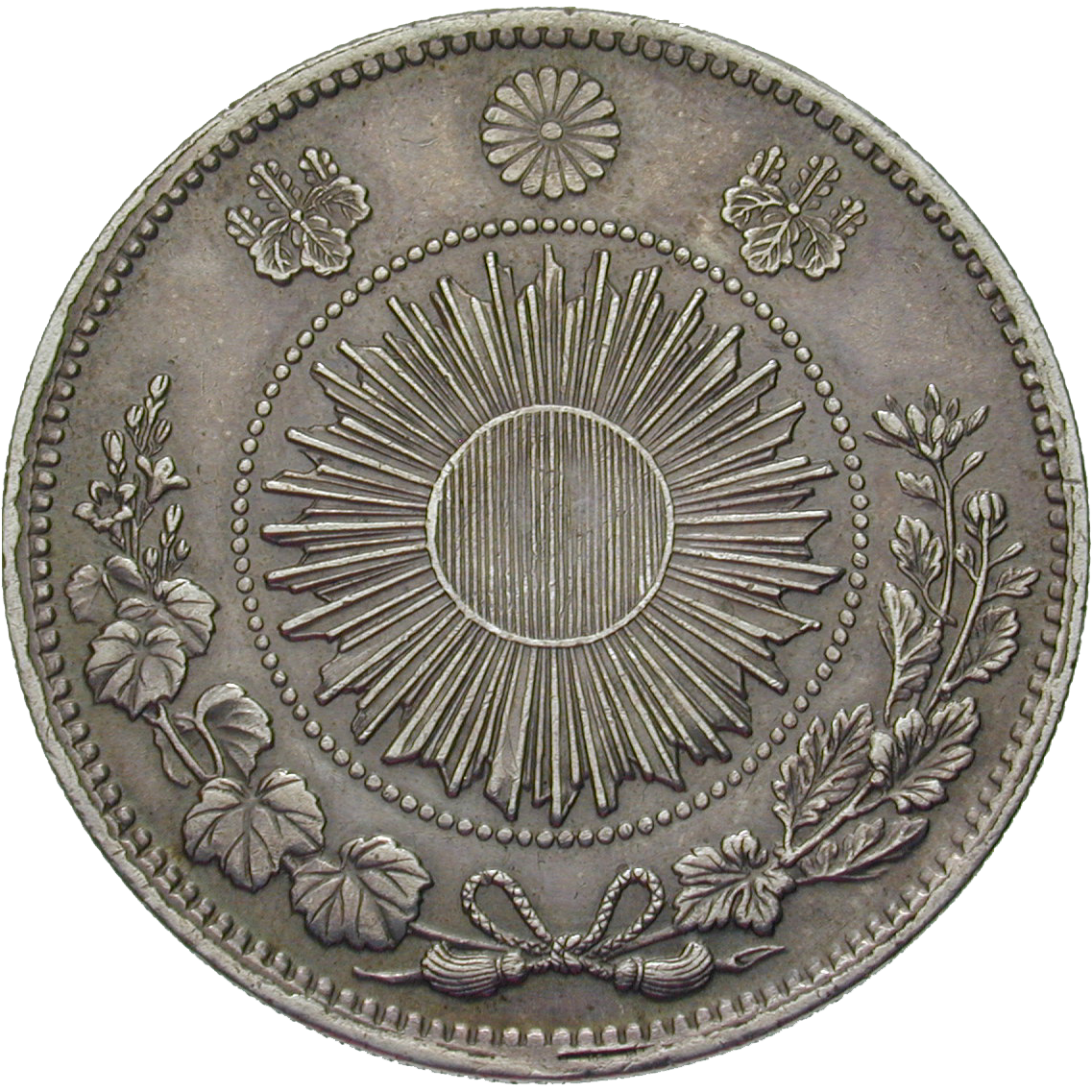 Emperor Mutsuhito (1867-1912) took the European and American currency systems as models for his currency reform. He introduced modern coins and the decimal currency to Japan. The yen, divided into 100 sen = 1,000 rin, became the standard coin. Initially, the silver standard was selected because many Asian countries applied it. The first silver yens were issued 1870 – this coin is one of them. The gold standard was adopted under the new currency act of 1871, in order to smoothen the conversion from the old ryo currency which had been based on gold. In 1878, the 1-yen silver coin was approved for unlimited circulation and the currency system in Japan shifted to a dual gold and silver standard.