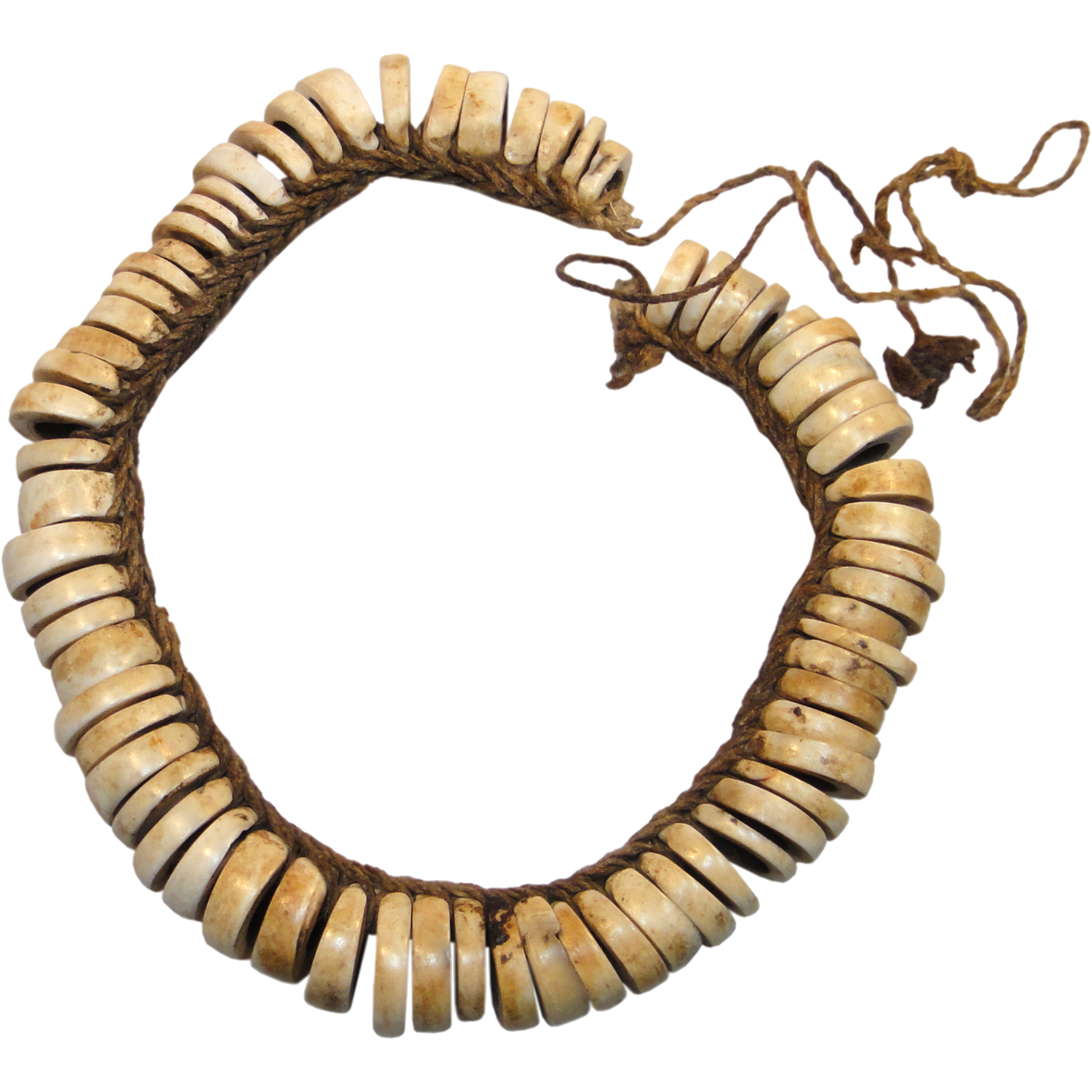 This cord is made from polished bits of striated cone snail shells. The discs are pierced, but then not simply threaded, but strung on a cord over their outer edges. Whether these cords were indeed used as money is object of discussion, however. Some scientists think that they were primarily used as adornments. Others claim that such cords were used as money in some villages along the Sepik River, one of the remotest regions of Papua New Guinea. This view is supported by the fact that such cords are depicted on the 5 kina banknote of Papua New Guinea that shows diverse traditional currencies.