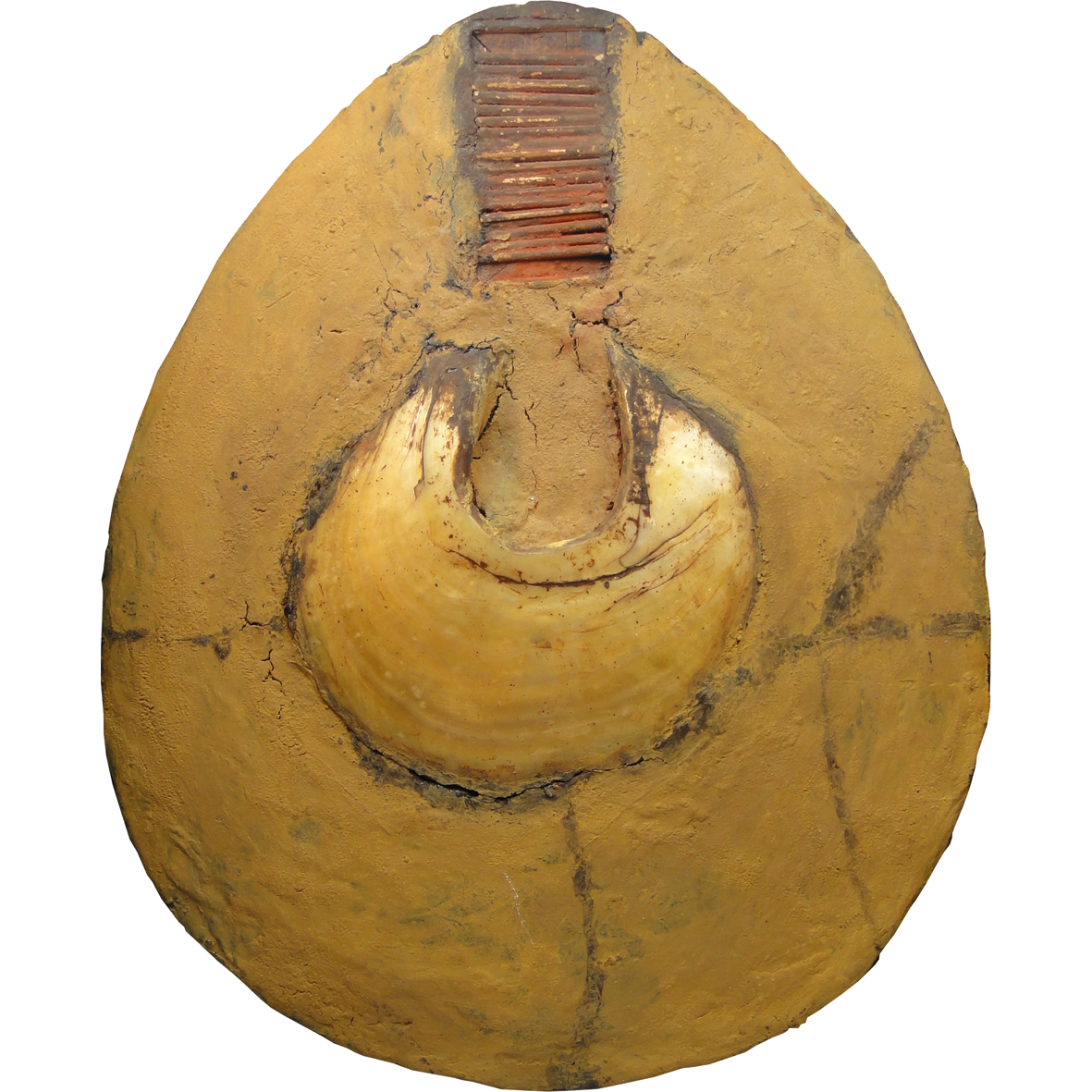 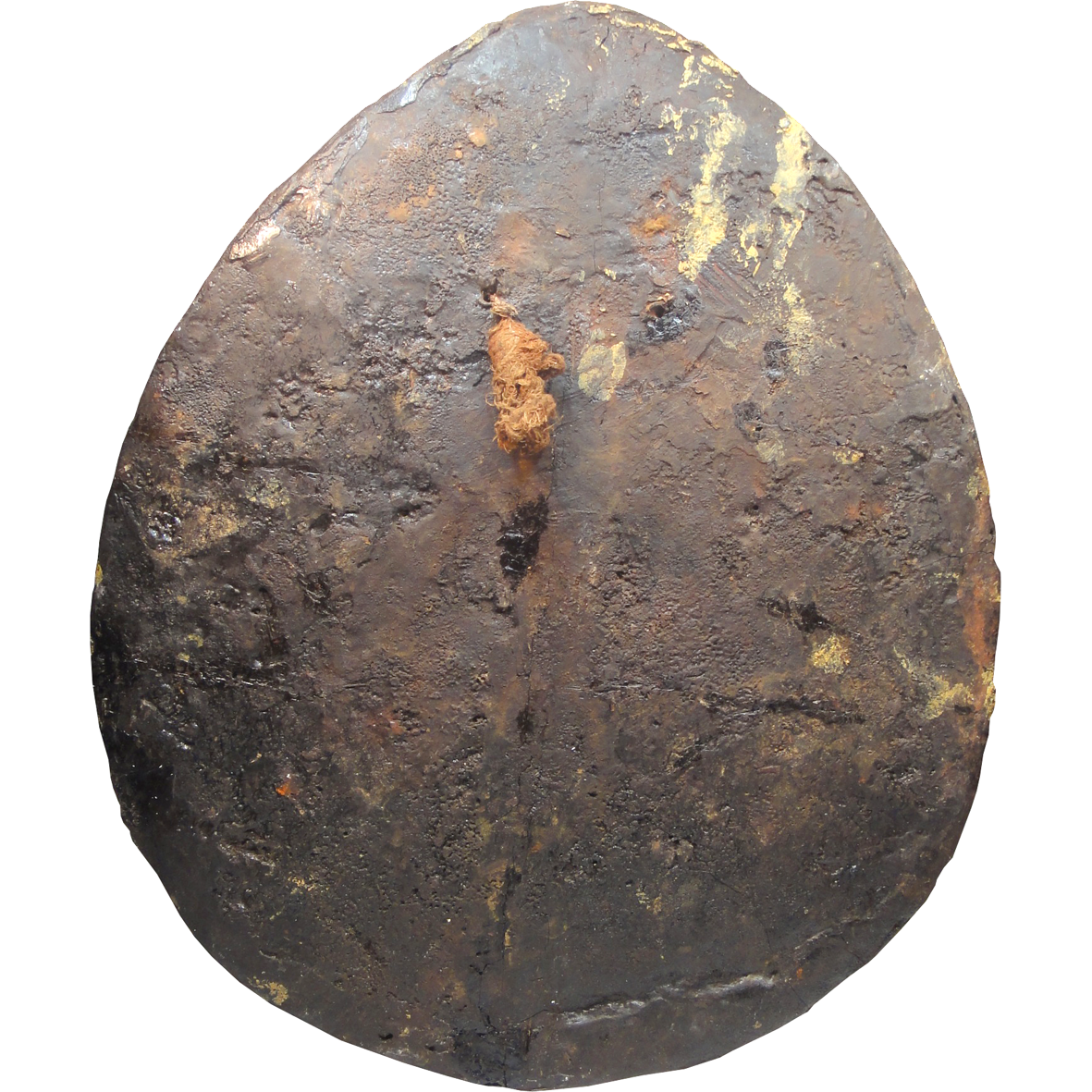 Pearl oysters cut into a crescent were in use as money and jewelry in many parts of Papua New Guinea. In the highlands these shells were called kina. When a kina was embedded in a oval board with a layer of resin, it was called kina moka. In this form the shells did not circulate as everyday money, but were used in ceremonial exchange festivals, the moka. In these ceremonies a so-called Big Man organized a festival with the help of his clan, where another group was presented with kina shells and/or pigs. Moka were a means to increase the prestige of a Big Man. The bamboo sticks on the upper part of the board symbolized the number of festivals arranged or the donated pigs. Besides, kina moka were used for bride price.