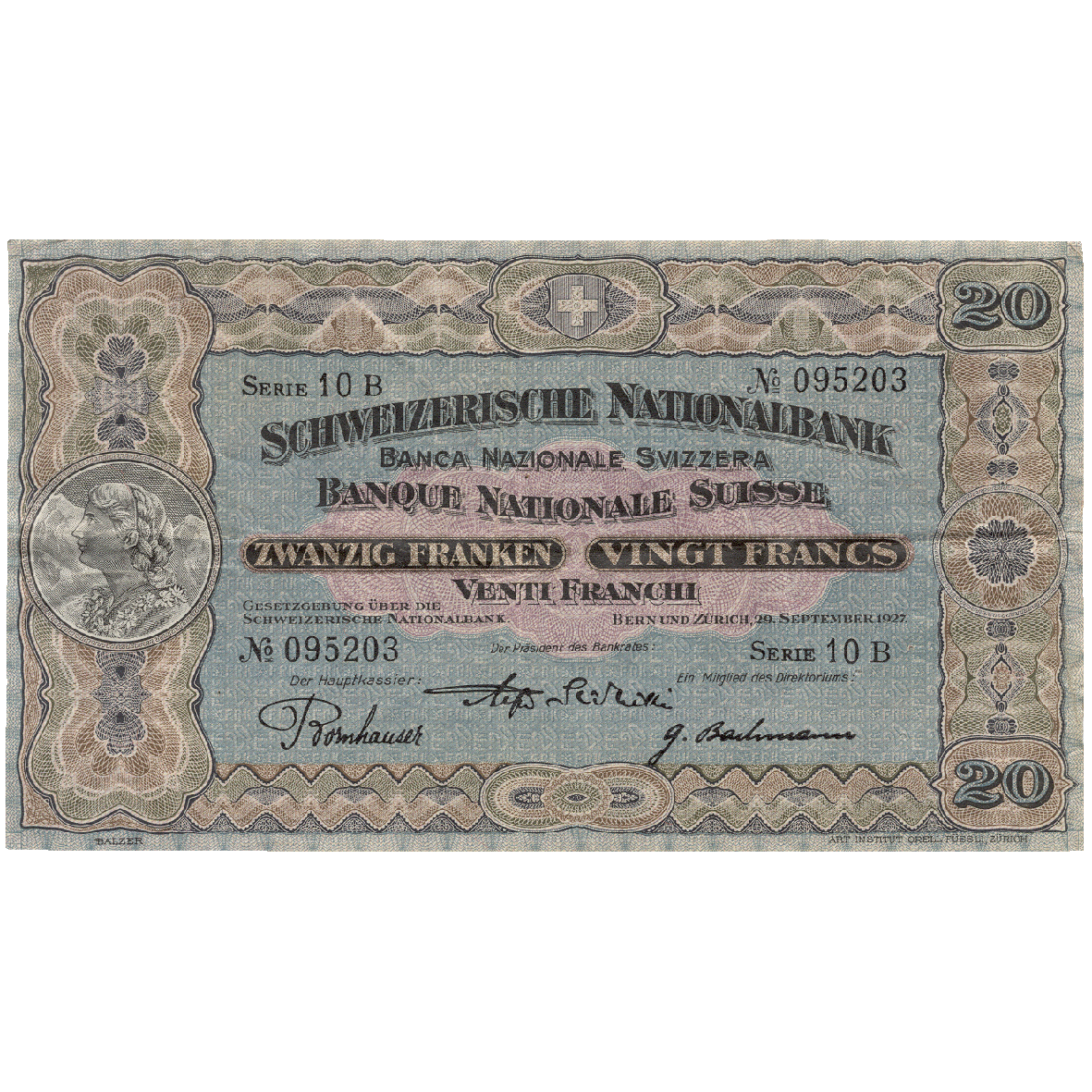 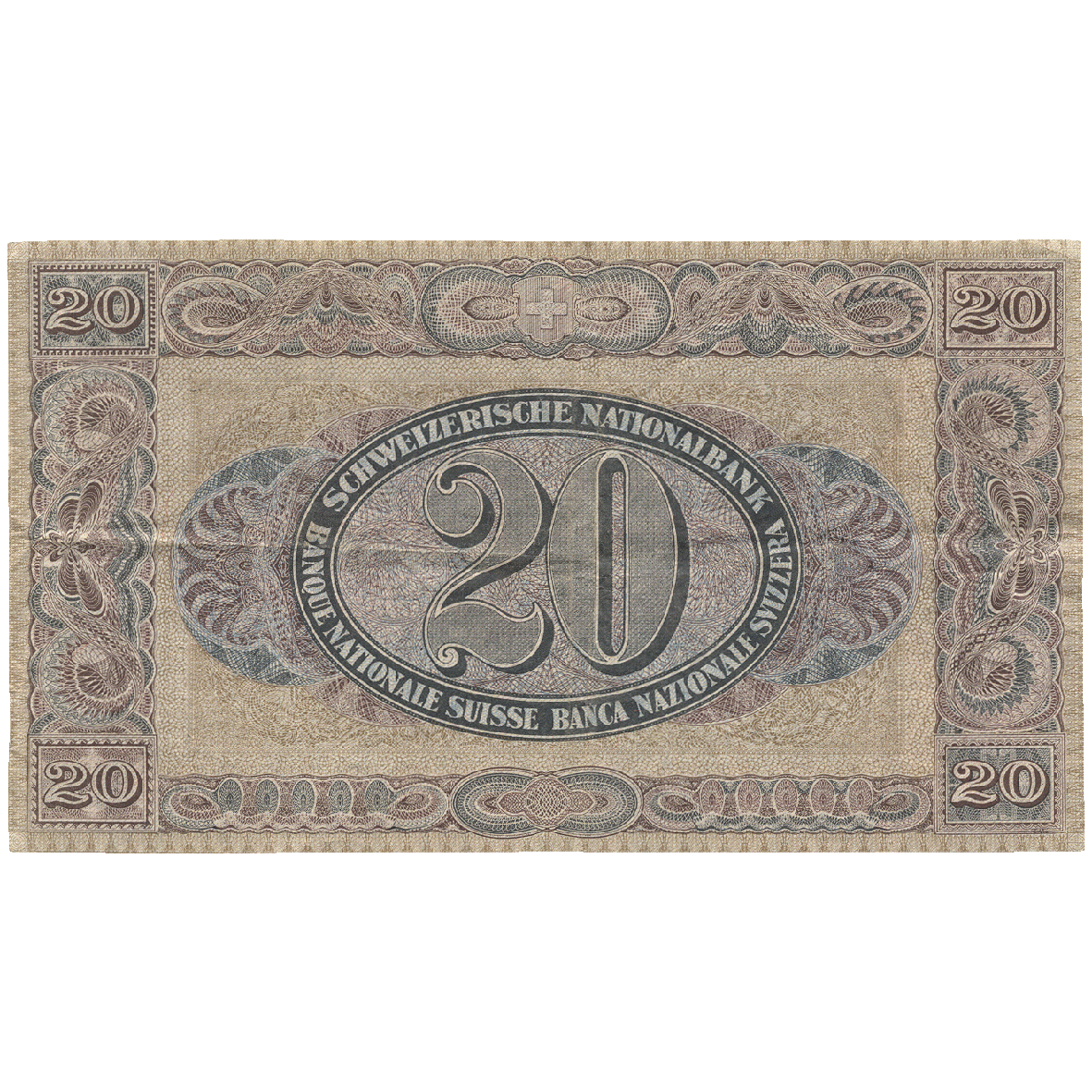 The first Swiss banknote worth 20 francs was issued at the dawn of World War I in 1914. On the front, it shows a peasant girl (the "Vreneli") in a medallion. The 20-franc banknote was planed as a temporary denomination only; its reverse was thus only modestly decorated. However, the success of the 20-franc notes required rethinking. Yet because the printing process for the "Vreneli" banknote was complicated and hence expensive, it was replaced by this simple bill, which was put in circulation in 1929.