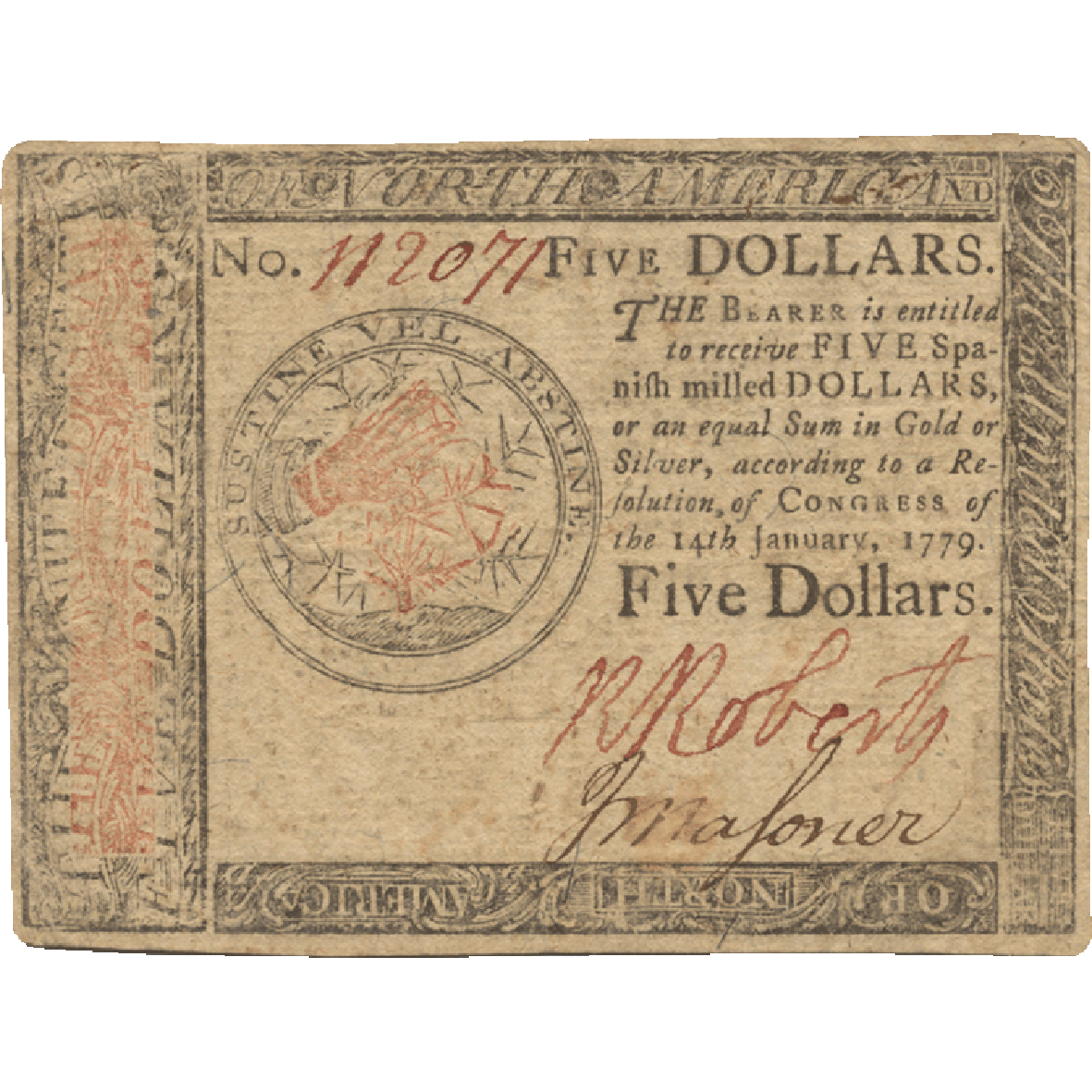 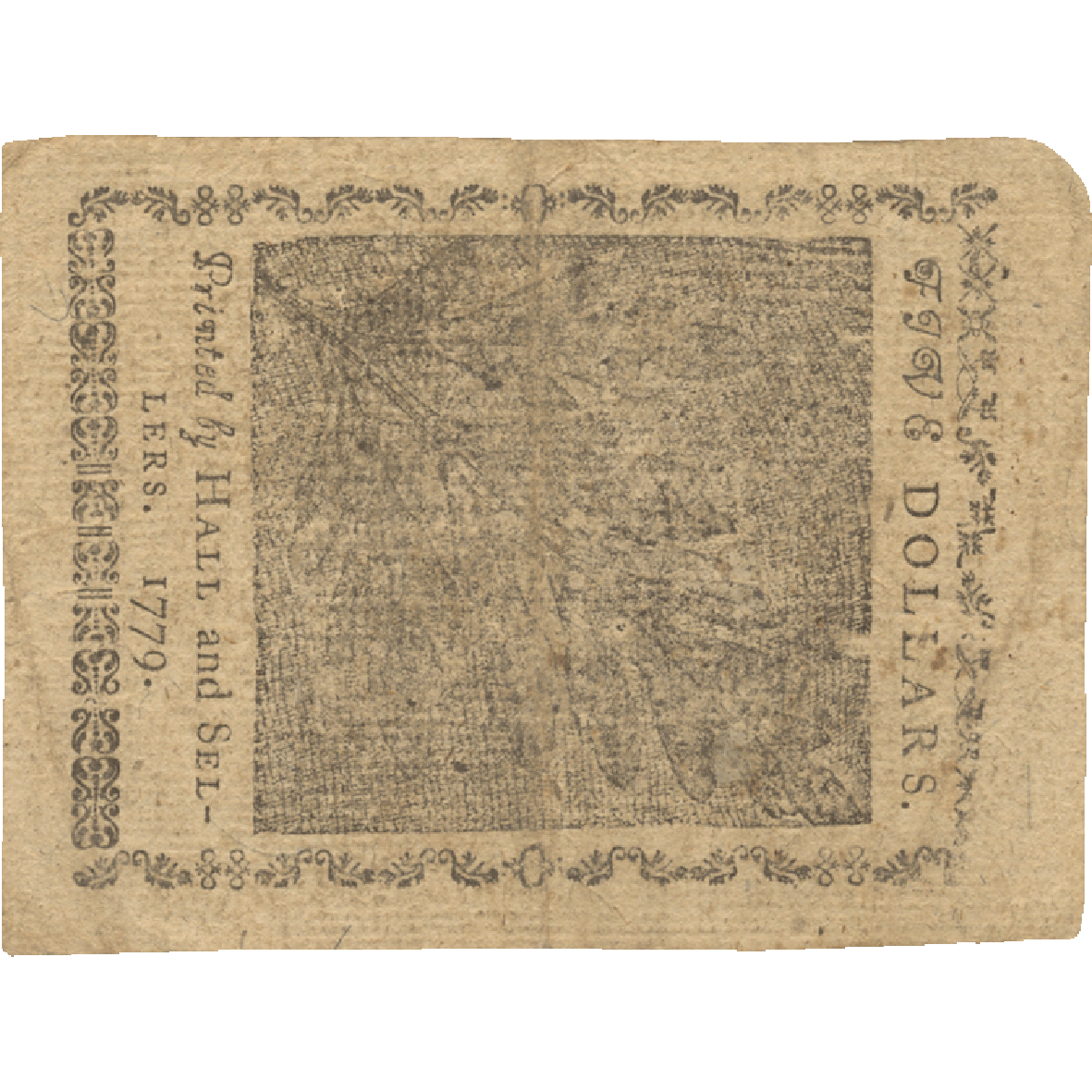 In 1775 the Continental Congress assembled in Philadelphia and created a new paper currency to finance the American War of Independence (1776-1783). The notes of this so-called Continental Currency were soon issued in such quantities, however, that they became worthless after a few years already. This was on the one hand the fault of the Continental Government itself, because too much money was printed to cover the increasing costs of war. On the other hand the Continental Currency was extensively counterfeited – especially by the antagonistic Brits, who in this way tried to undermine the American fight for independence.