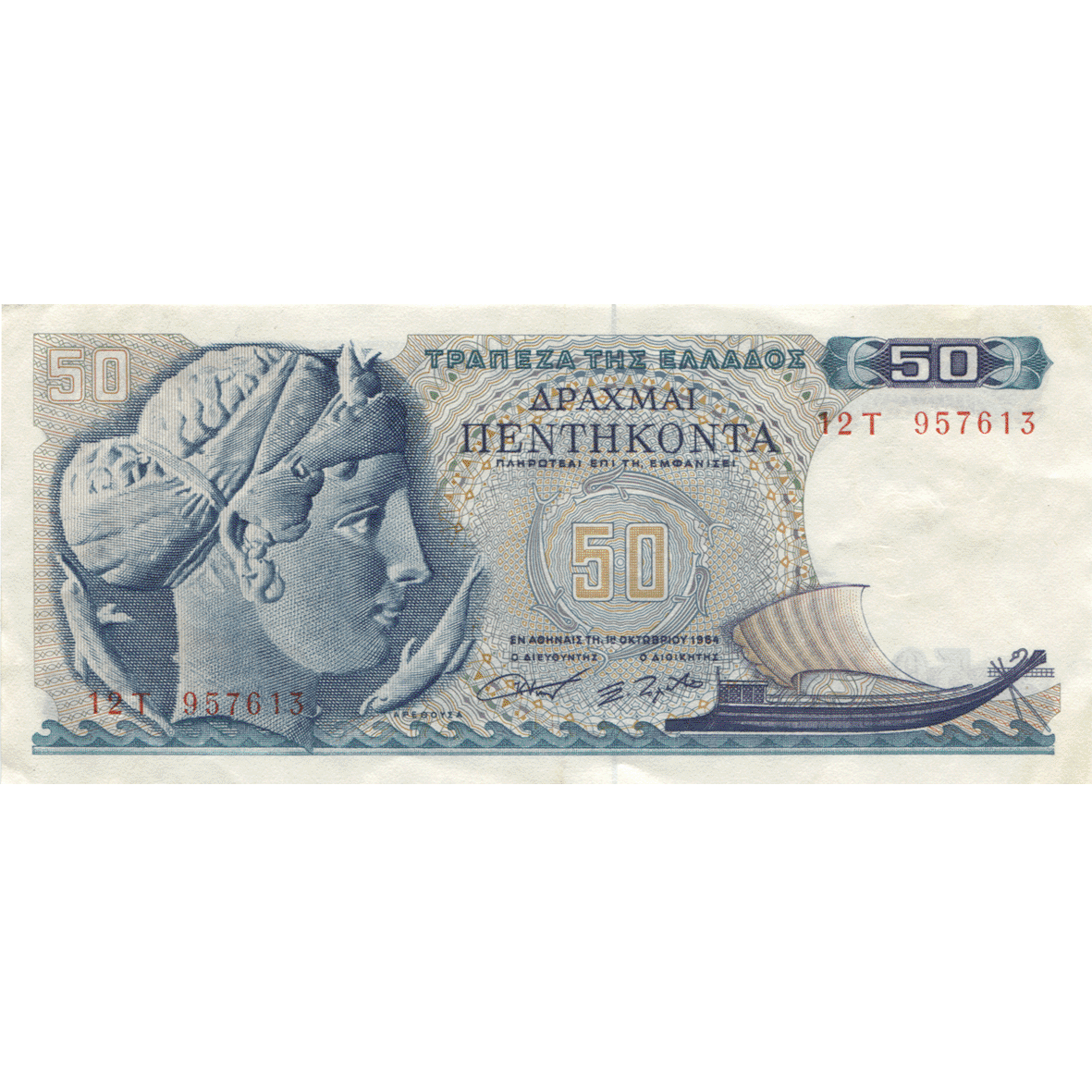 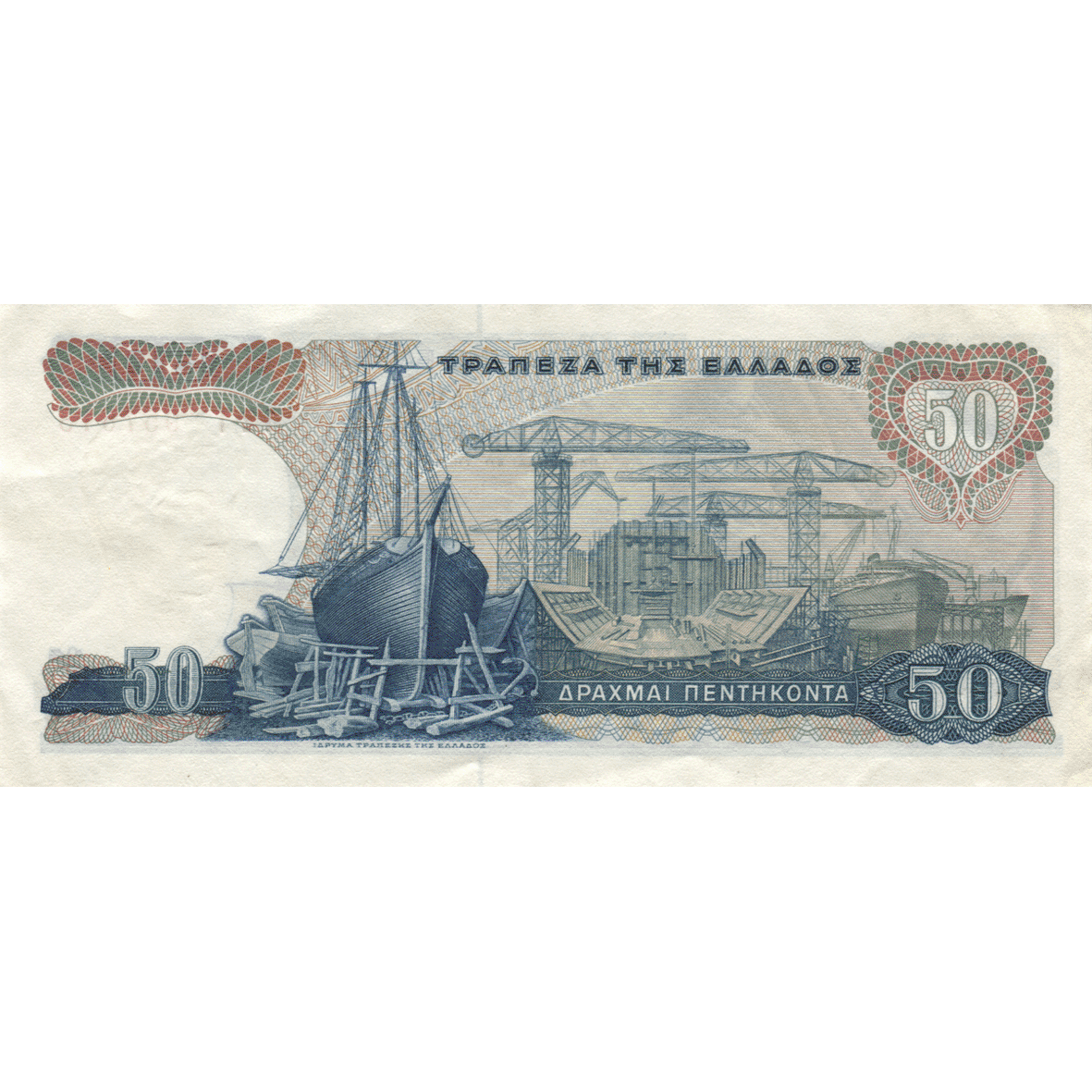 Greece went through two bitter civil wars in the 1940s. Twenty years later, when this banknote was issued, the percussions could still be felt. At that time a weak king, the military, and several nationalist forces struggled for power. The ones that would eventually succeed were the generals: from 1967 to 1974, Greece was ruled by a military junta.

In such turbulent times the powerful like to resort to propagandistic measures. Often they resort to history as a means for improving national cohesion. Coins and banknotes are ideal bearers of their messages, as they penetrate every last corner of the country.

This Greek banknote from 1964 shows on one face the head of the nymph Arethusa – complete with dolphins circling it. 2000 years earlier, this coin motif had been the figurehead of the powerful Greek colony of Syracuse on Sicily. On Arethusa's side is an antique galley. The other face of the bill depicts a modern shipyard. 'See', the banknote says, 'Greece was a great power not only in Antiquity, but also today'.