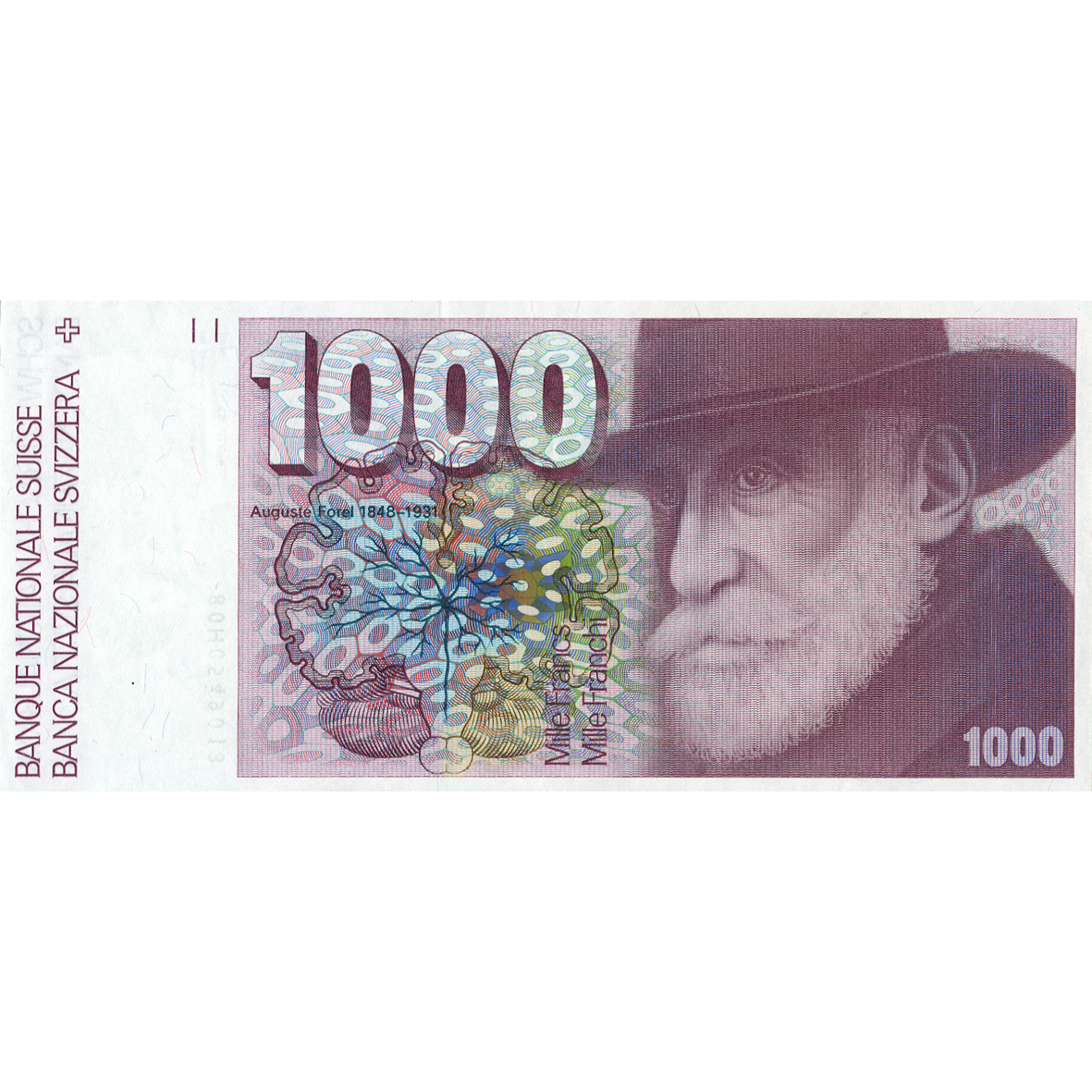 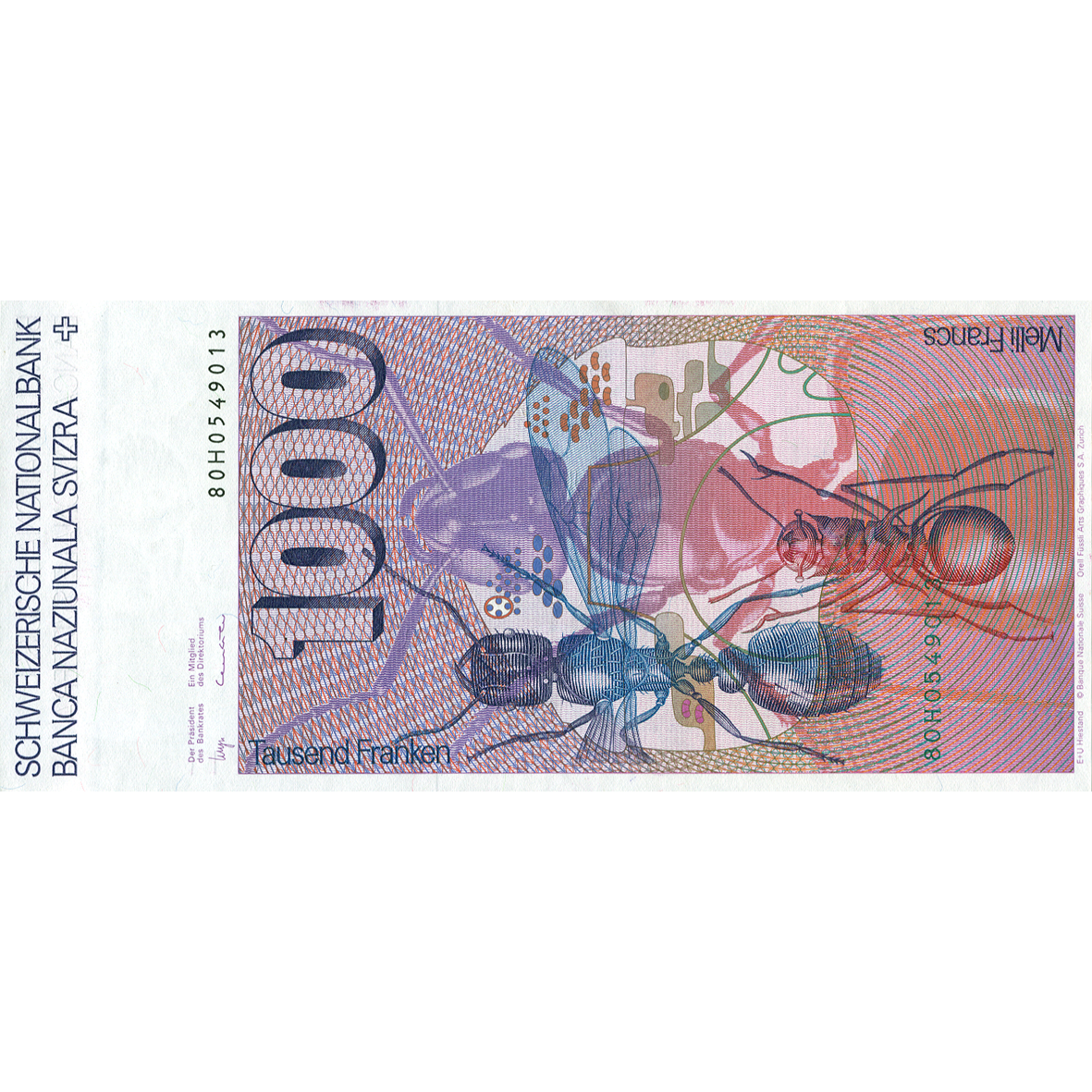 This bill belongs to the 6th banknote series of the Swiss National Bank . It is in circulation between 1977 and 1993. Officially, 10.8 million such bills are printed. Unofficially, however, it might have been about 15,000 more: The graphics printer Hansjörg Mühlematter produces such notes at a total value of 15 million Swiss franks. They are very well made indeed. Still, they are recognizable from a little smiley that Mühlematter inserts in one of the ants tentacles. Some 200 are still missing.