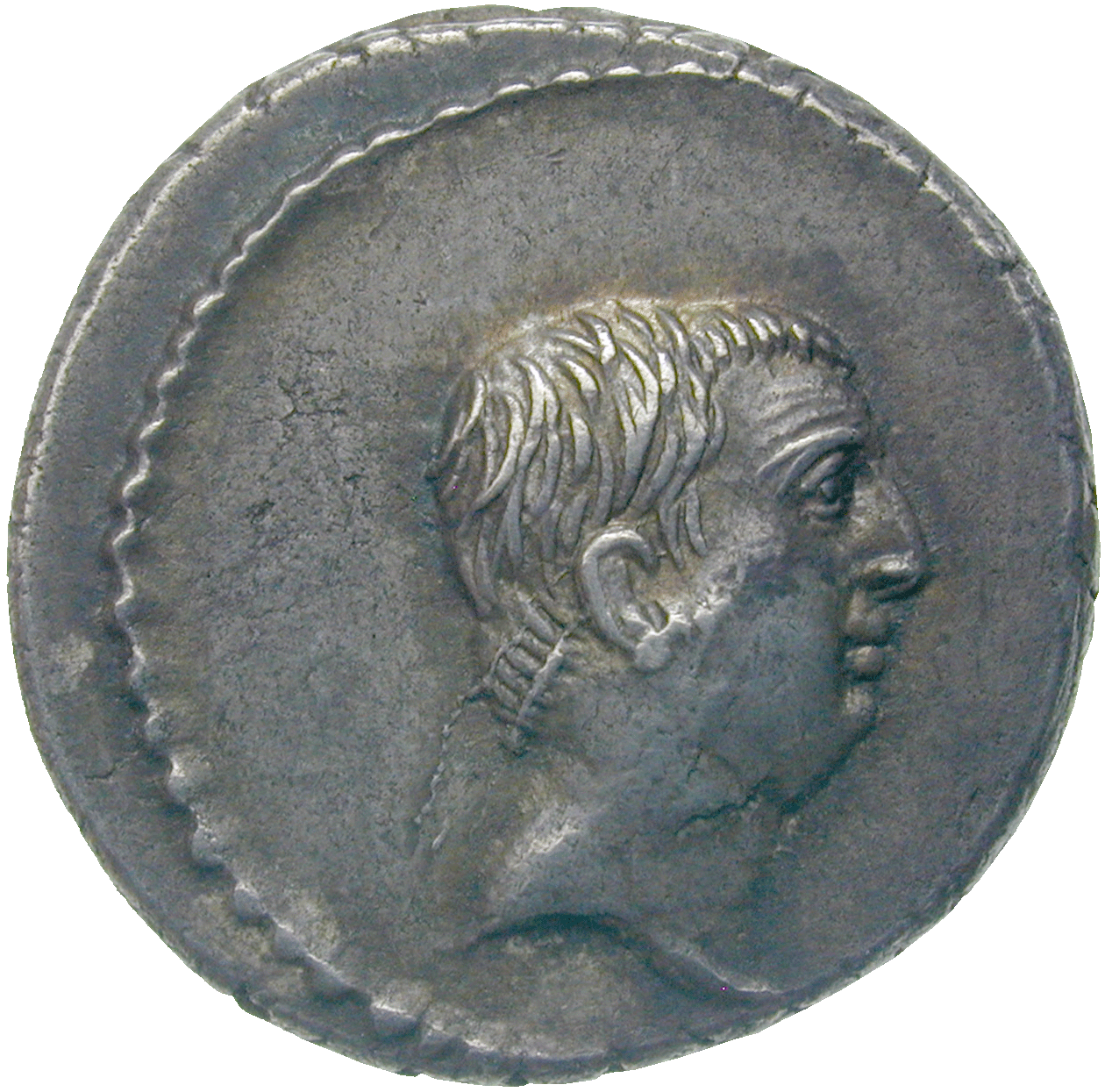 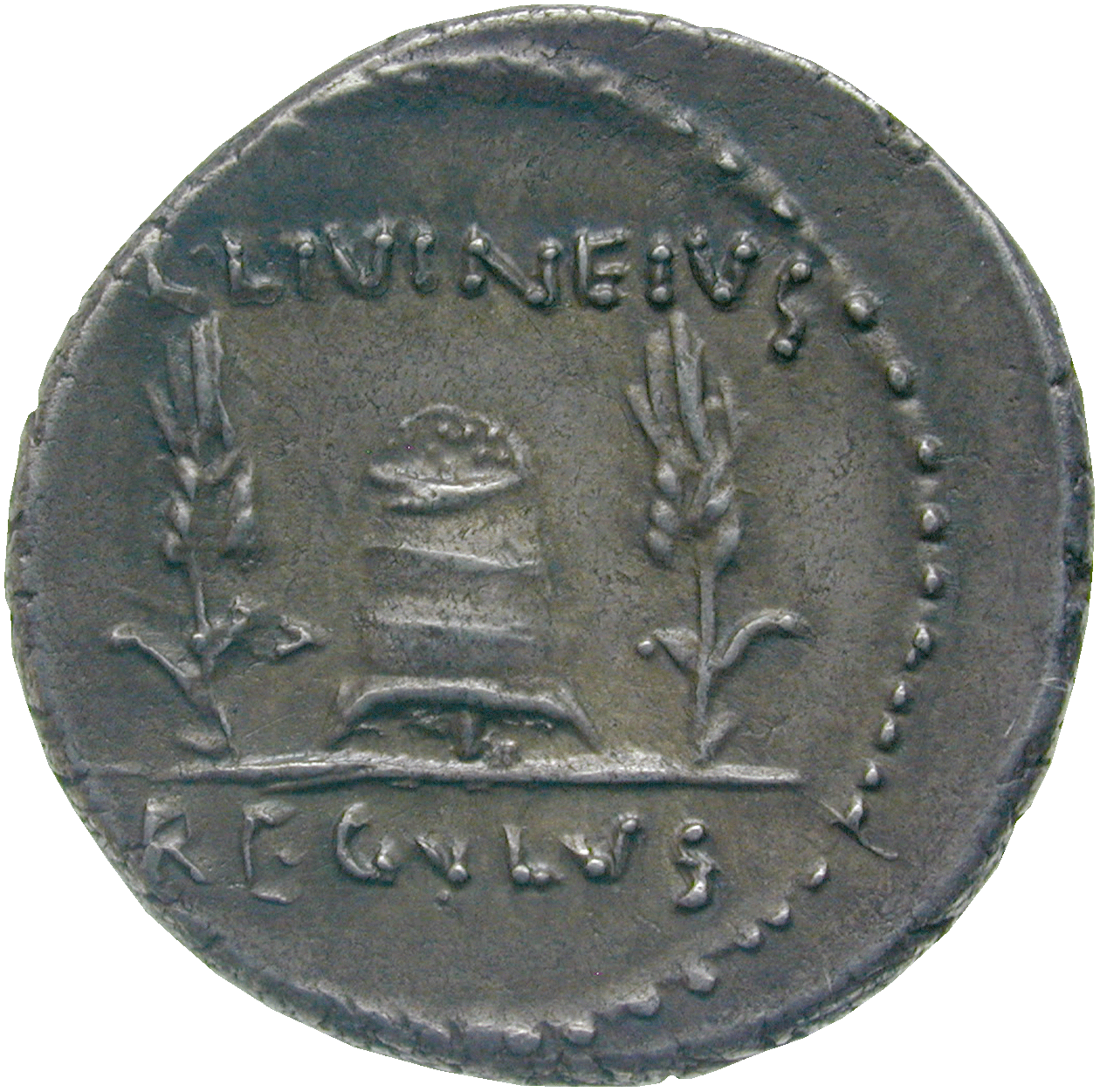 This Roman denarius from the year 42 BC honors Lucius Regulus, the father of the moneyer Lucius Livineius Regulus. The obverse portrays the father, while the reverse shows a modius, a standardized measuring vessel for dry goods. For emphasis, a corn-ear is depicted on either side of the modius.

The design commemorates the time of Lucius Regulus as Aedile, an office generally held by young men in the early stages of their political career. Among the duties of an Aedile was the purchase of corn for disposal at a low price, or even gratis. This is what the modius on the reverse alludes to.