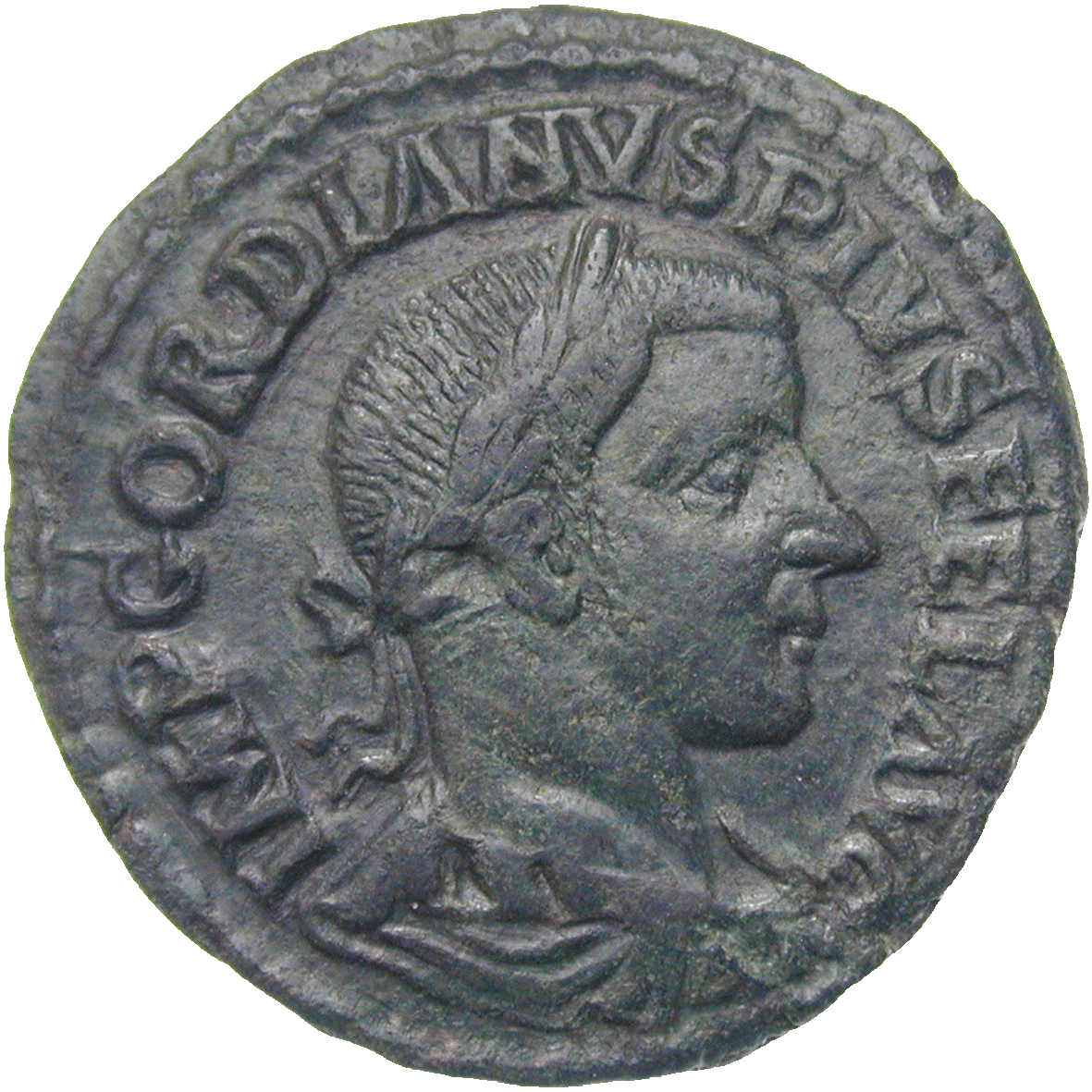 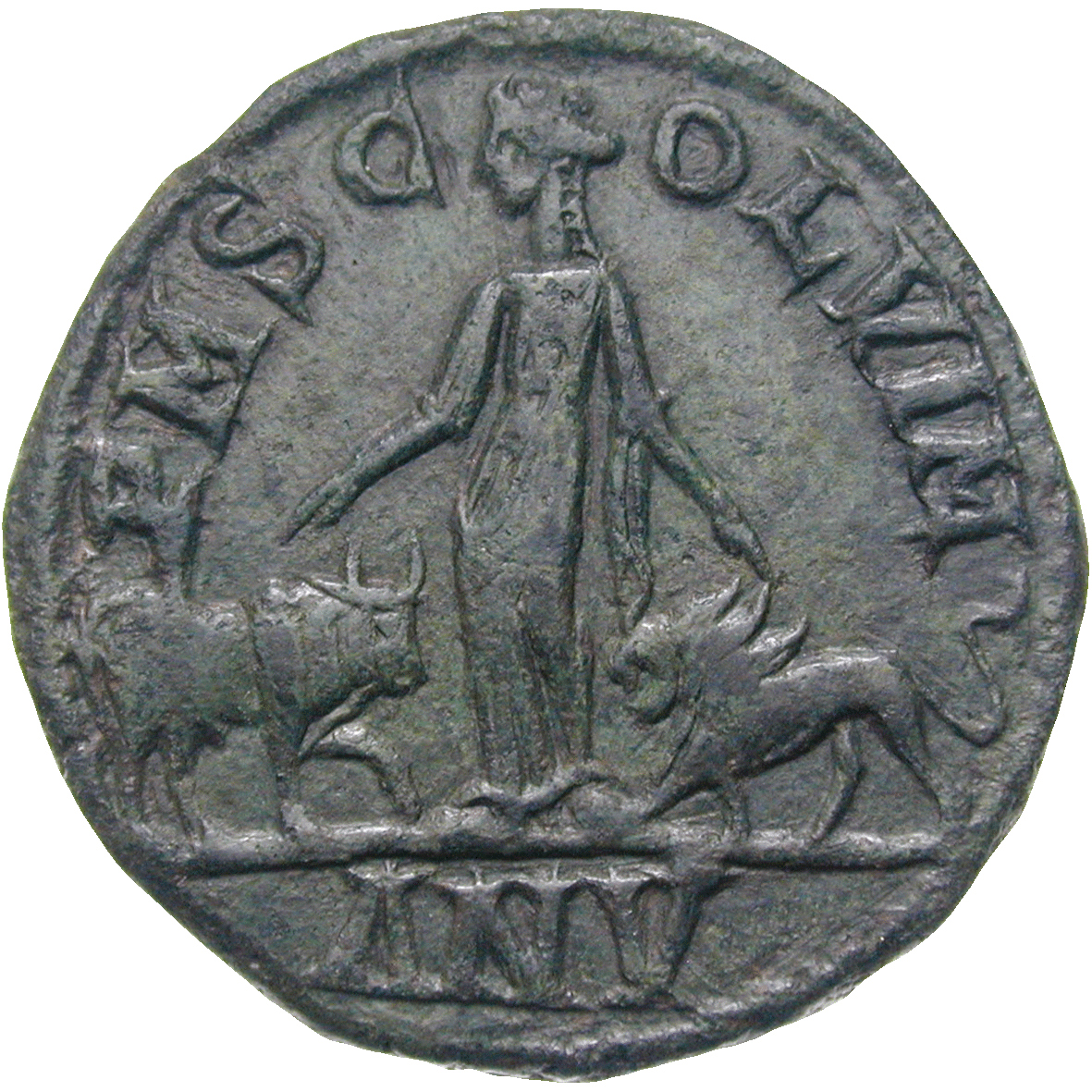 Gordianus III (238-244) became emperor of Rome in 238, the 'year of the six emperors,' a time of utter chaos. In March 238, Emperor Maximinus Thrax had been killed by his own soldiers. His successors were Gordianus I and Gordianus II, father and son, who were wiped off the throne after only 20 days of joint rule. They were followed by the co-emperors Pupienus and Balbinus. To satisfy the people, Gordianus III became Caesar and thus the heir apparent to the imperial throne.

The reign of Pupienus and Balbinus lasted from April to July 238. Then Gordianus III became the youngest sole emperor in the history of the Roman Empire. He was 13 years old. Seven months later he fell in a war against the Persians.

The coin depicts Gordianus III on the obverse. On the reverse stands Moesia, the personification of the province of Moesia, a lion and a bull at her feet. In Moesia, or more precise, in the border town of Viminacium, the coin was struck.