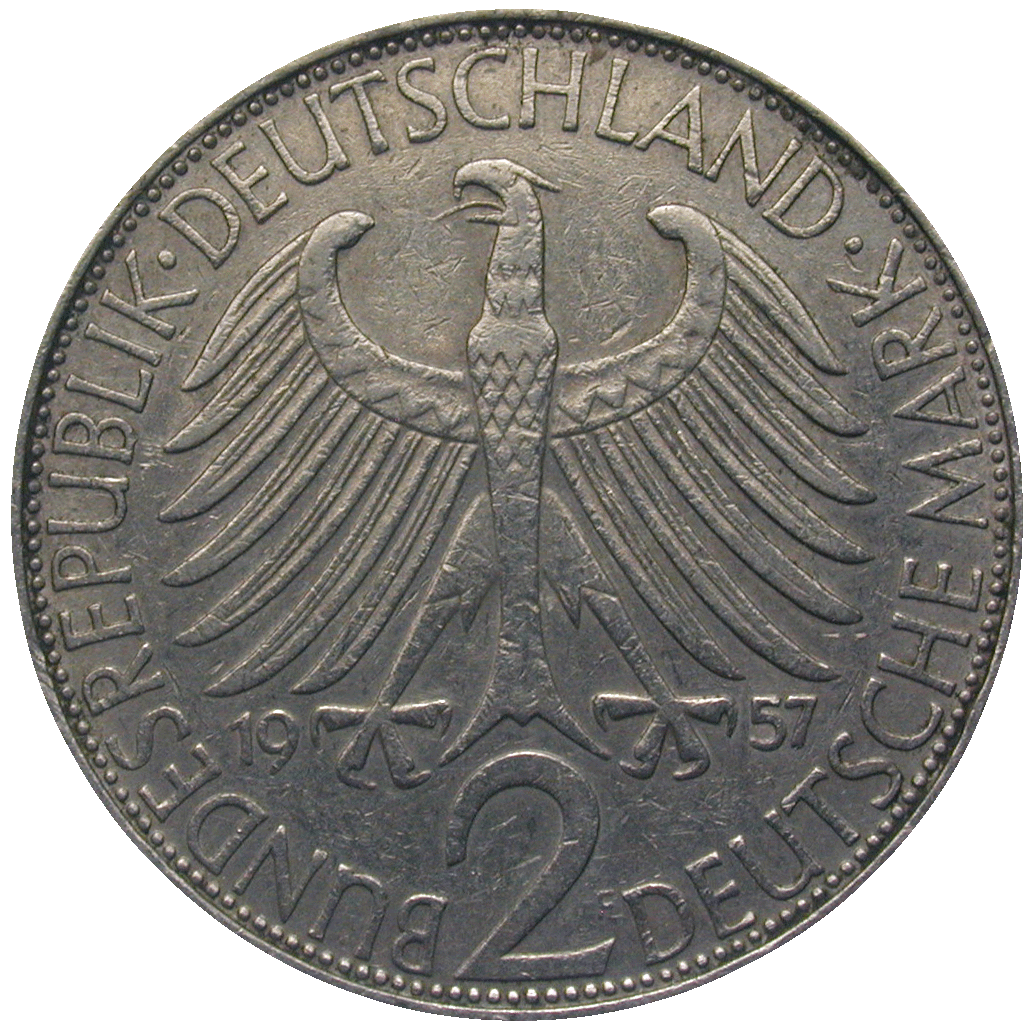 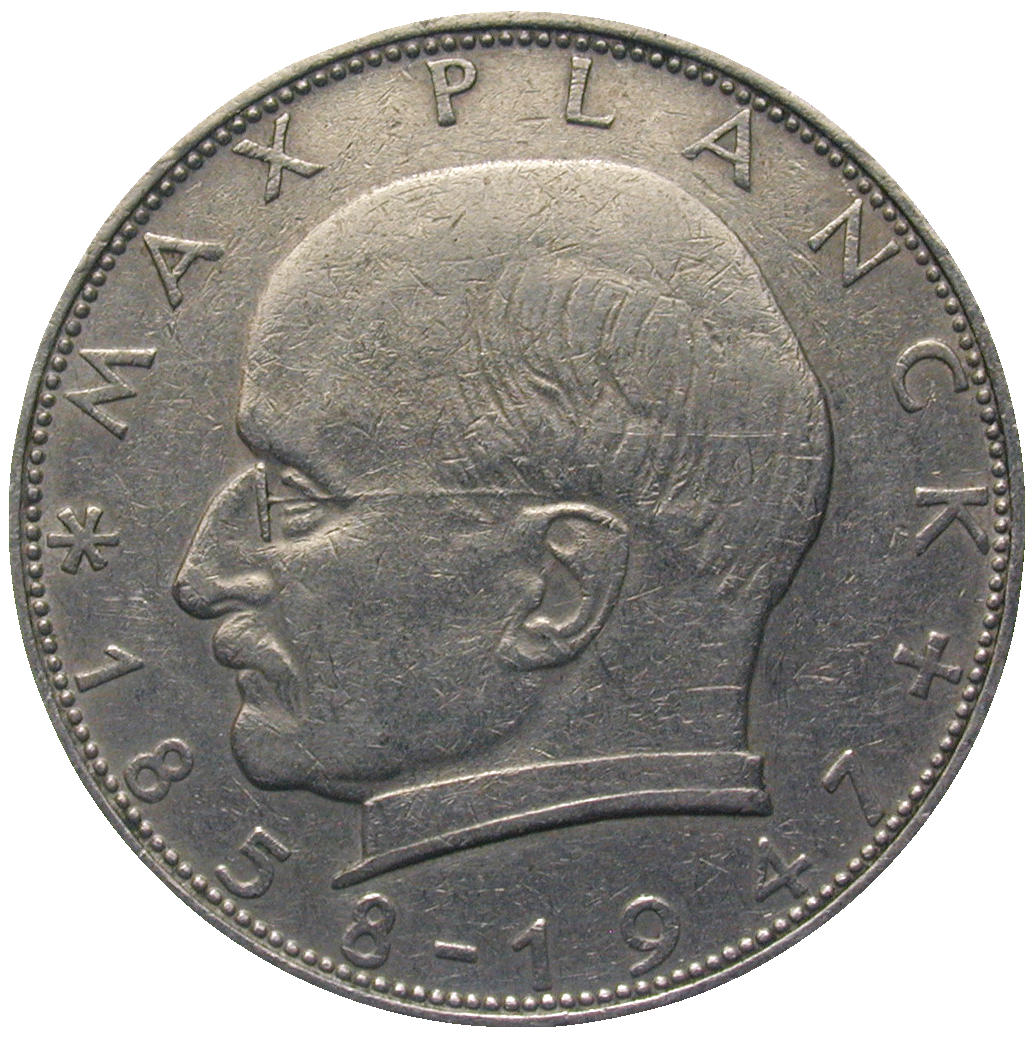 In 1957, the Federal Republic of Germany issued new coins of 2 mark that bore the image of Max Planck on the reverse. They remained in circulation until 1973. The later physicist and Nobel prize winner Max Planck (*1858, †1947) had a talent for music – he took singing lessons and played diverse instruments. Despite of that, however, he chose to study physics. In 1885 he was appointed as associate professor for theoretical physics at the University of Kiel – for an annual salary of 2000 marks. Seven years later he became professor in Berlin and now earned some 7000 marks per year. In 1918 he was awarded with the Nobel prize for the discovery of the Planck constant … Max Planck is regarded as the founder of the quantum theory.