Republic of Sierra Leone, Half Cent 1964 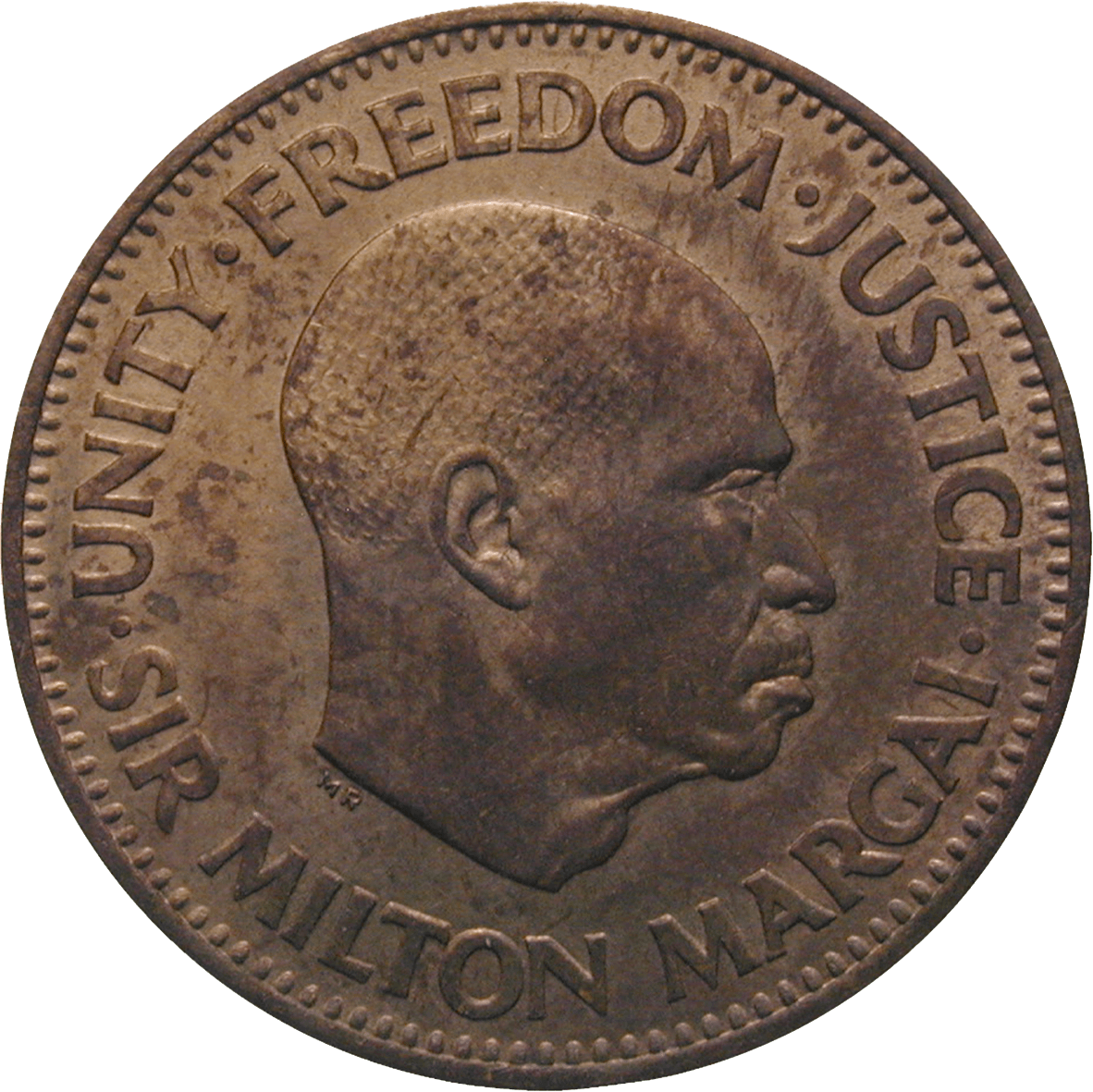 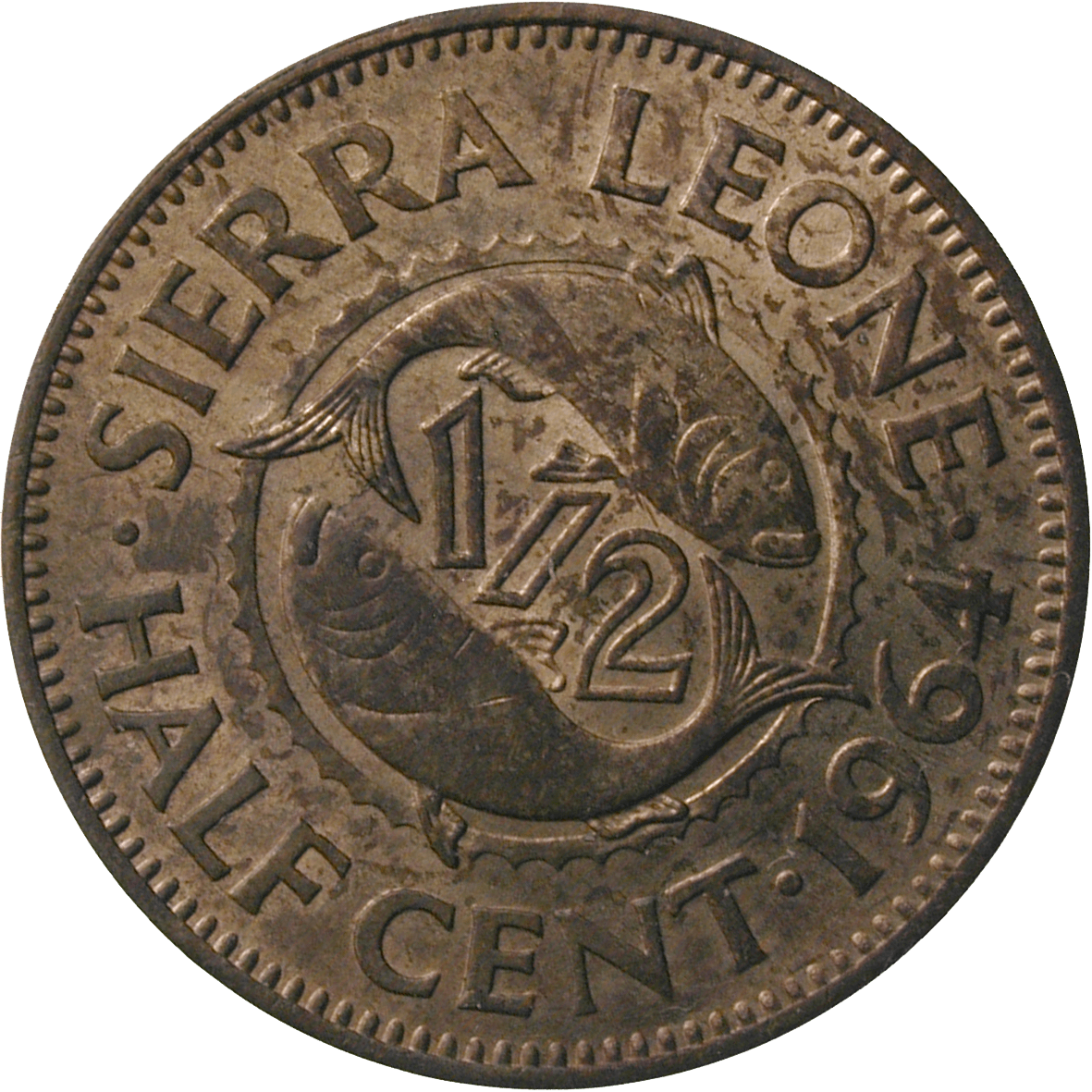 The first Europeans arrived on the coast of modern Sierra Leone around 1440. They were Portuguese and immediately began to Christianize the local population, without ever being very successful, however. On the other hand in the 17th and 18th centuries an aggressive and missionary form of Islam began to spread in the lands north of modern Guinea. At that time the north of Sierra Leone was gradually Islamized; today about 70 percent of Sierra Leone's population are Muslims. The currency of Sierra Leone is the leone, subdivided into 100 cents. Due to inflation the value of the leone has diminished heavily and its purchasing power has sunk. This is why today coins of 10, 50 and 100 leones and and banknotes of 50 and 100 leones are not issued anymore. This was different in the 1960s, as this half cent shows. Its obverse bears an image of Milton Margai, Sierra Leone's first Prime Minister (1961-1964).