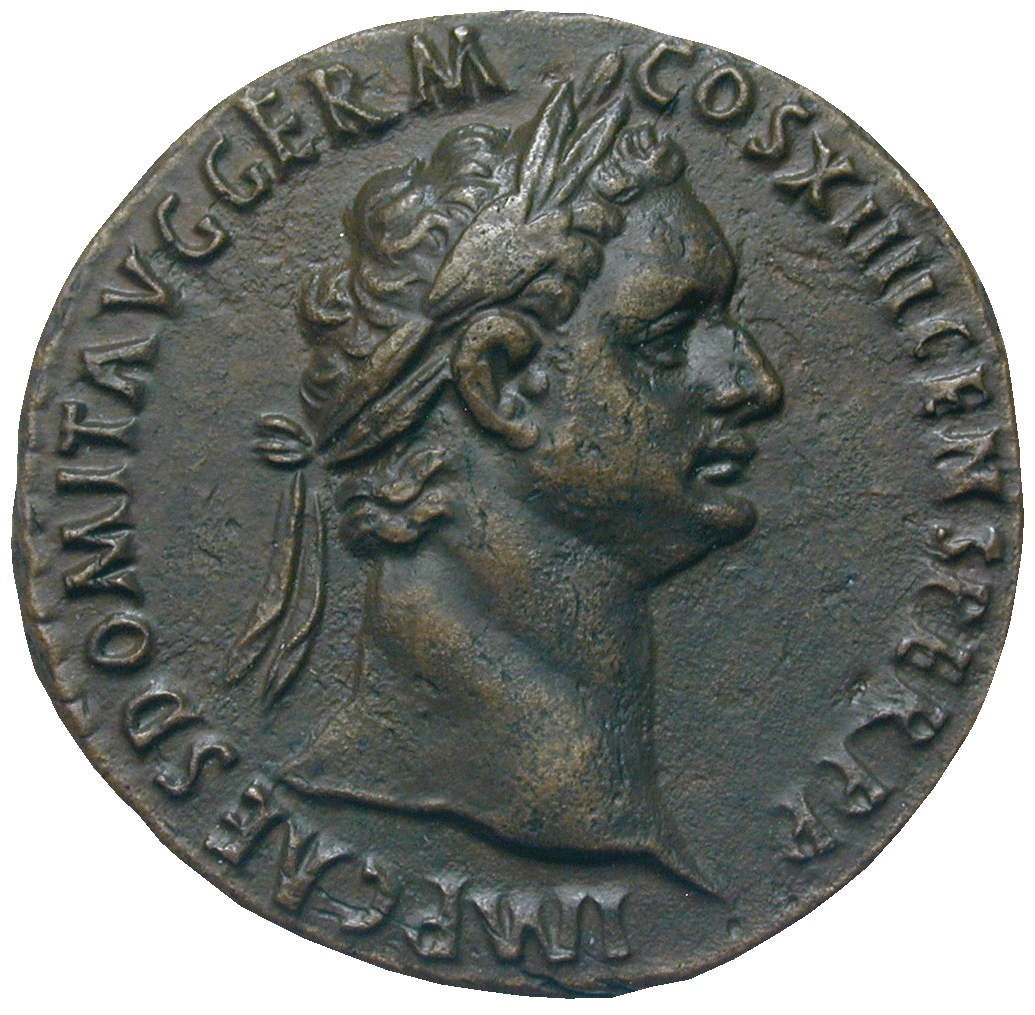 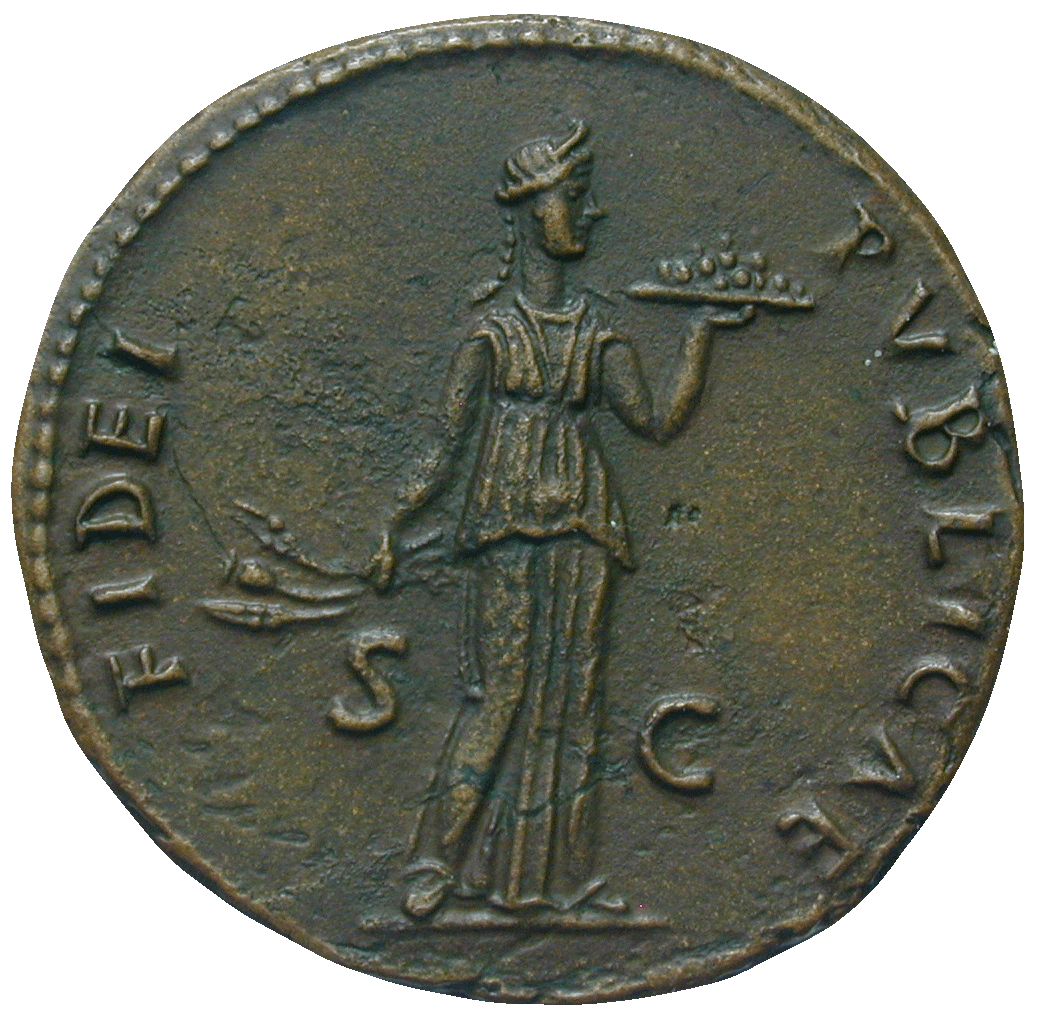 The Romans called the undivided metric unit an 'as', the 'undivided whole'. Cast asses with the weight of a libra (a pound) were the Roman proto coins.

The denomination was issued over centuries. After the coinage reform of Emperor Augustus in the year 23 BC, the as became the smallest coin of the Roman monetary system. It was made from bronze, not cast any more but minted, and it equaled 1/16 denarius.

This as was issued by Emperor Domitian (81-96 AD) who is depicted on the obverse. The reverse shows Fides with a basket of fruit, ears of barley and a poppy seed. Fides, the Roman goddess of the oath, was also the personification of trust and belief.