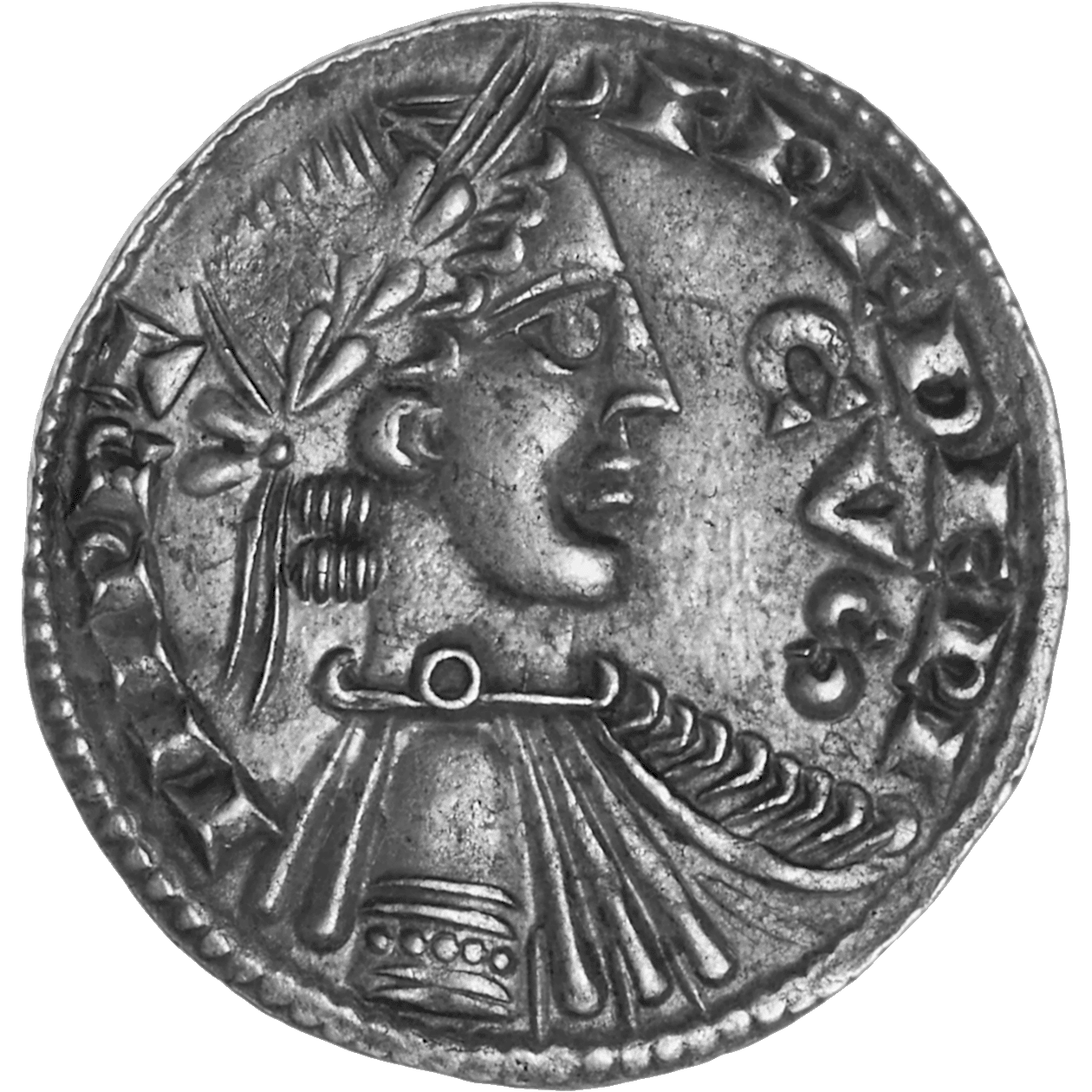 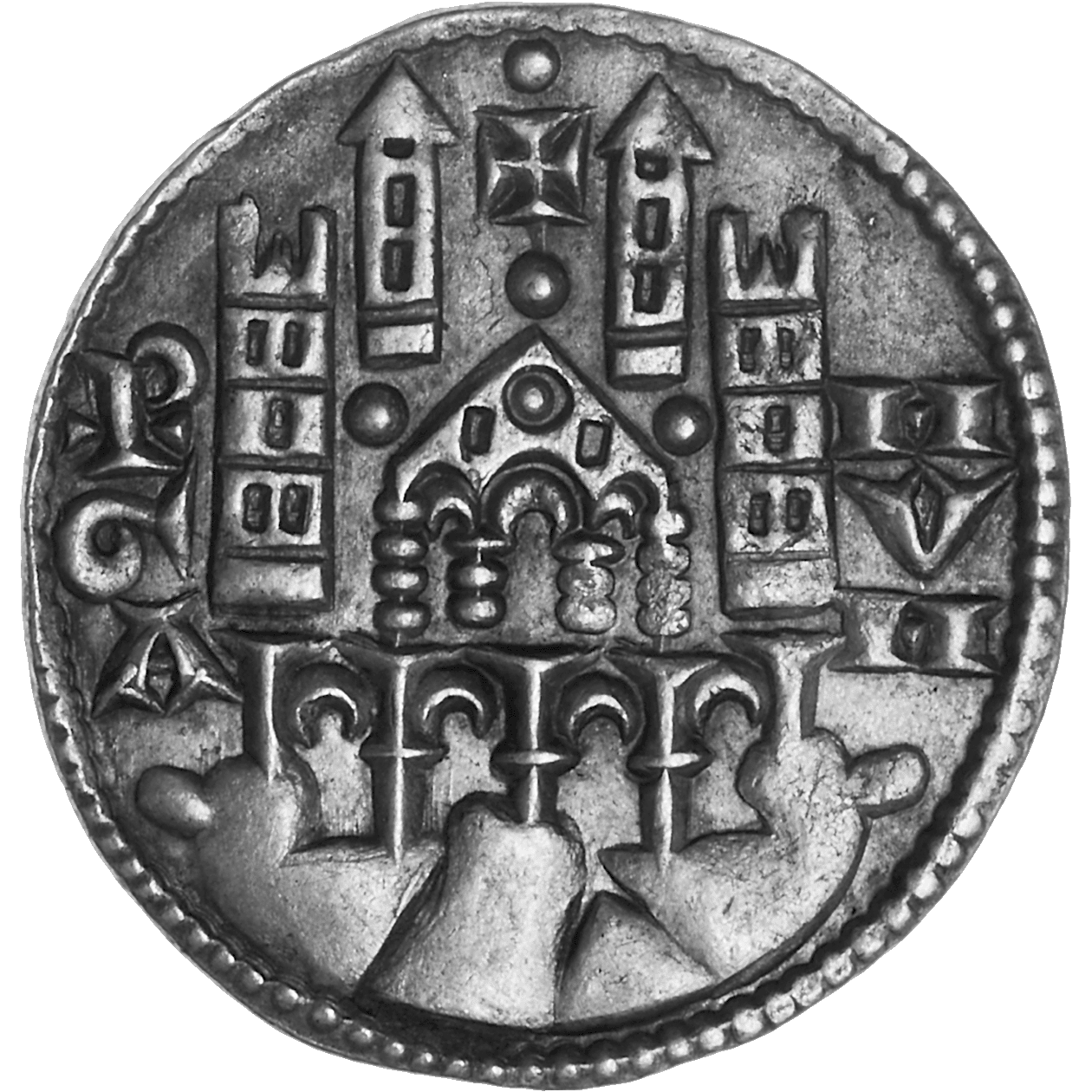 The grosso was the first silver coin heavier than the double denarius, that had hitherto been the largest denomination issued in northern Italy. The name derived from "grossus denarius," "thick" or "heavy denarius" or "pfennig." Grossi were needed because trade was beginning to pick up. They were first struck in the rich northern Italian trading cities of Genoa and Venice, and later copied by many other Italian and northern European coinage authorities. In German, those coins were called "groschen," and in English "groats." This grosse of six denarii was minted in the town of Bergamo for Frederick II of Hohenstaufen (1220-1250). It is noteworthy that Frederick had himself depicted in the fashion of a Roman emperor. The town on the reverse depicts Bergamo.