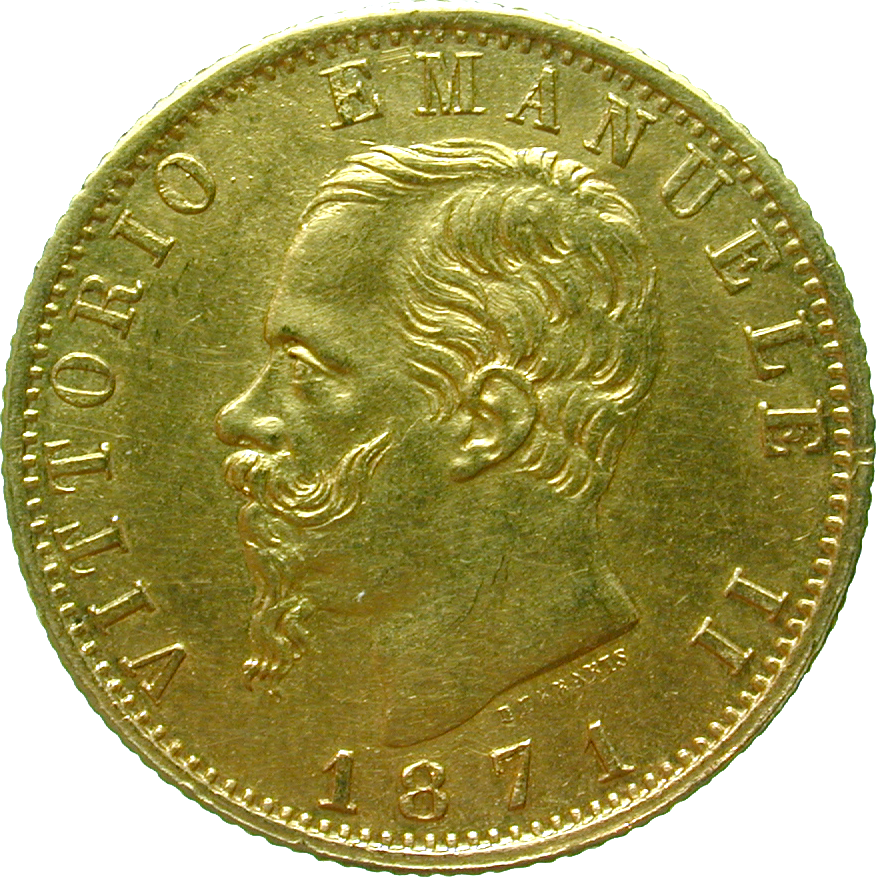 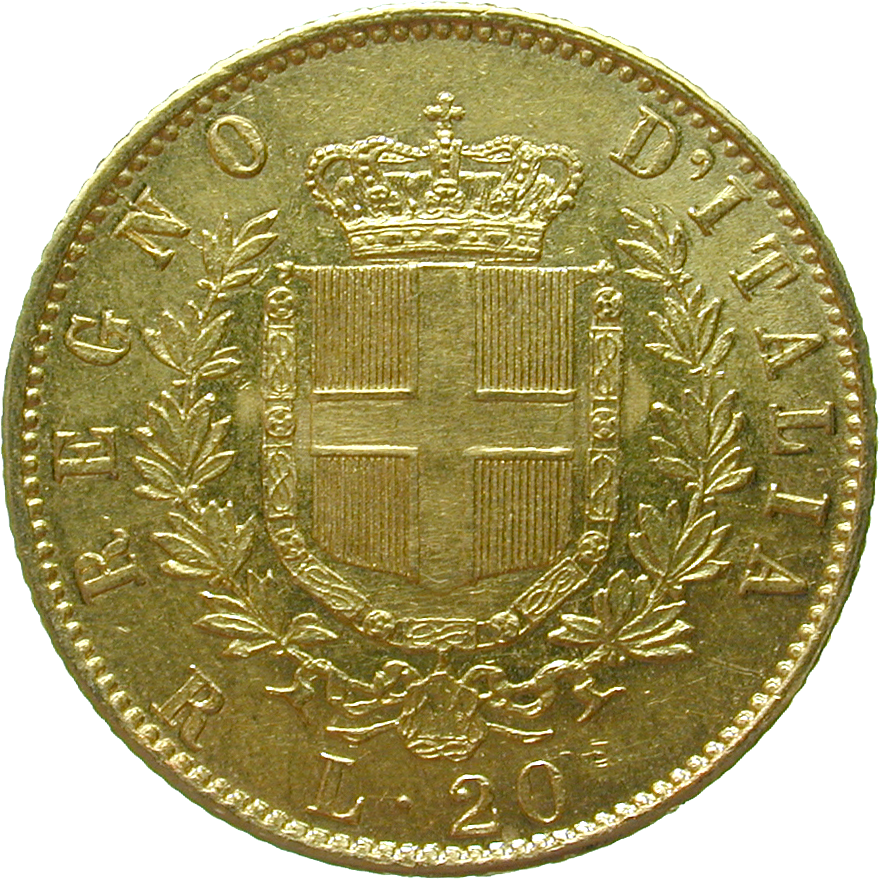 In 1815, after the Napoleonic Wars, the Congress of Vienna reestablished the kingdom of Sardinia-Piedmont. From the mid-19th century, the unification of the Italian states into a national state began under the leadership of Victor Emmanuel II, the king of Sardinia-Piedmont. In 1861, Victor Emmanuel assumed the title of "Rex d'Italia" (until 1878). The lira became the official currency of the new national state. Initially, the capital of Italy was Florence; Rome could be incorporated only ten years later. Until then, the city was the centre of the Papal States, and stood under the defense of French protective forces. They were withdrawn in 1870, and a year later, the Italian capital was moved from Florence to Rome. From that time on, Italian coins were struck in Rome.