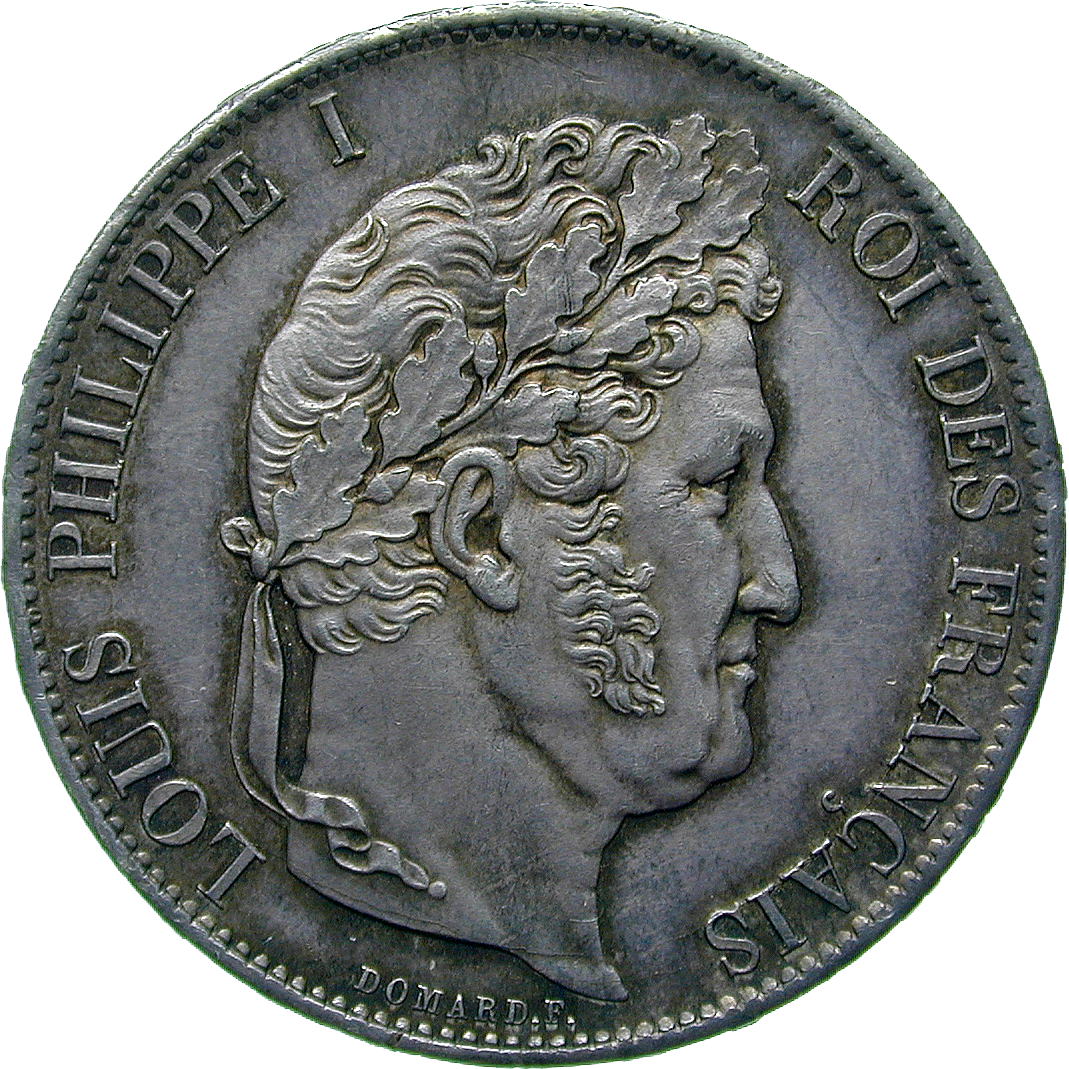 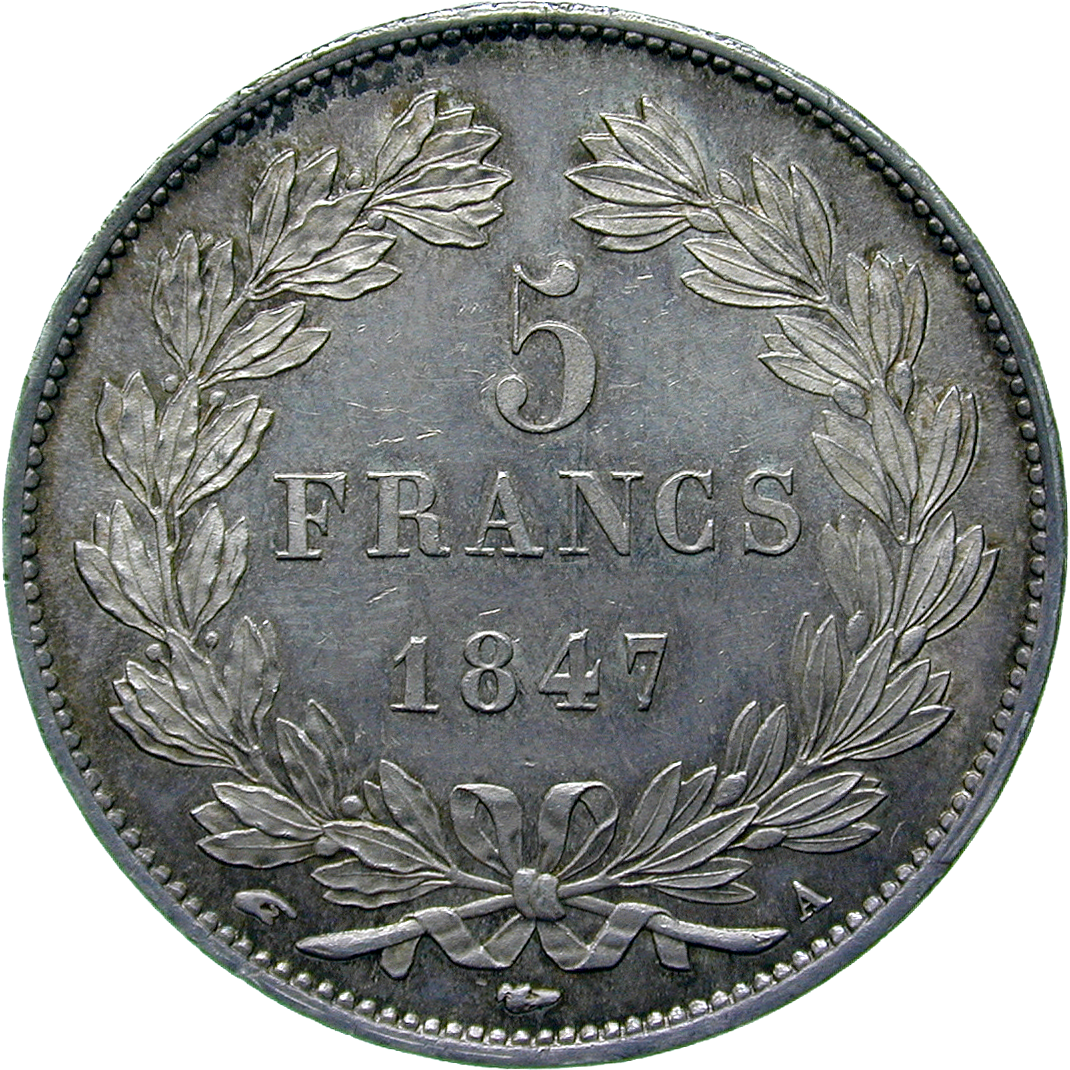 After the revolution of July 1830, Louis Philippe of Orleans was elected as the new French king (until 1848). In direct opposition to the absolutist tendencies of his predecessors, however, Louis Philippe no longer ascribed his legitimacy to the constitution, but to election. To prove his populism, Louis Philippe called himself "King of the French by the Grace of God and the Will of the People" instead of "King of France by the Grace of God." And unlike his predecessors, who had been depicted on their coins wearing a laurel wreath, he preferred a wreath from oak leaves. While laurel was the symbol of victory since ancient times, oak leaves stood for popularity and populism.