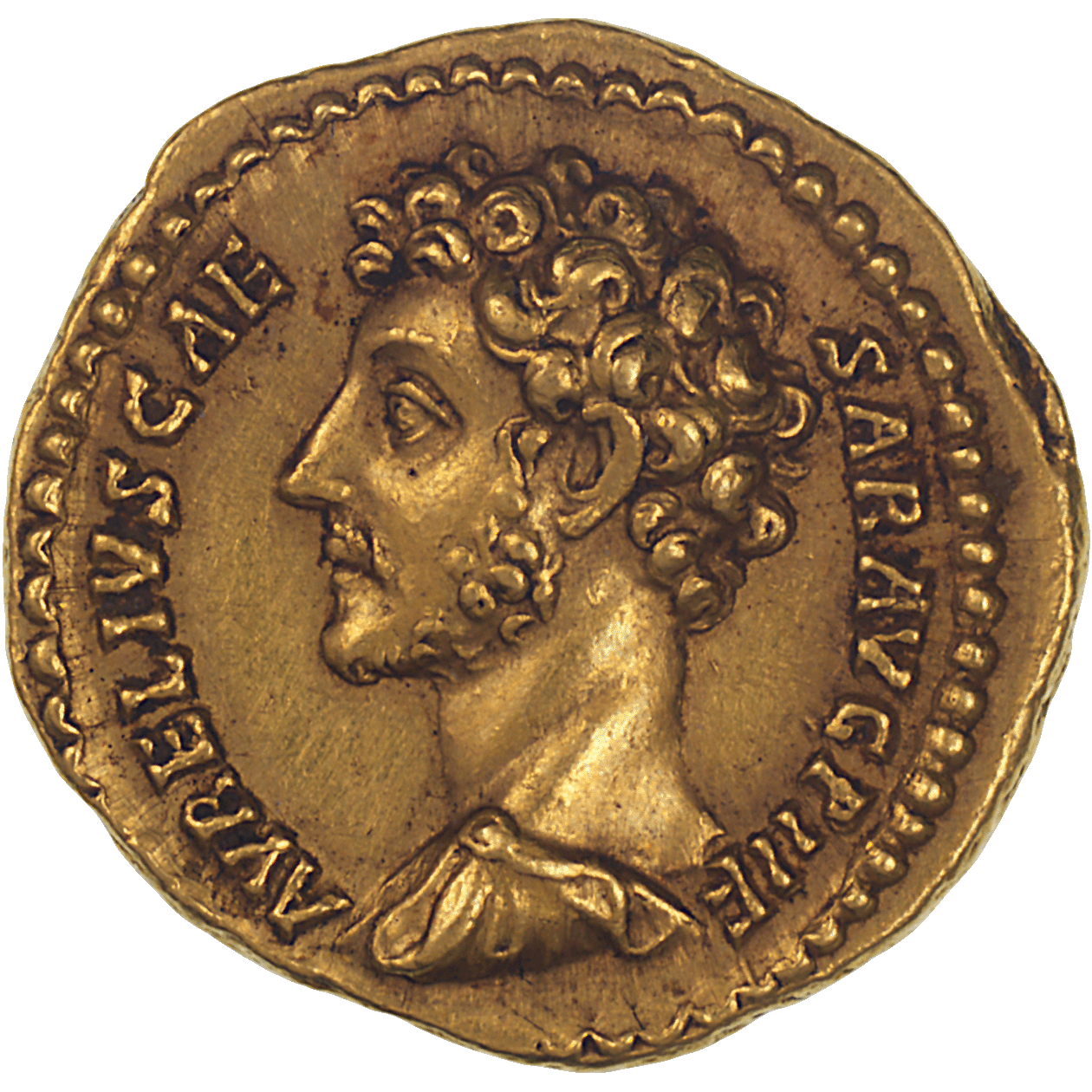 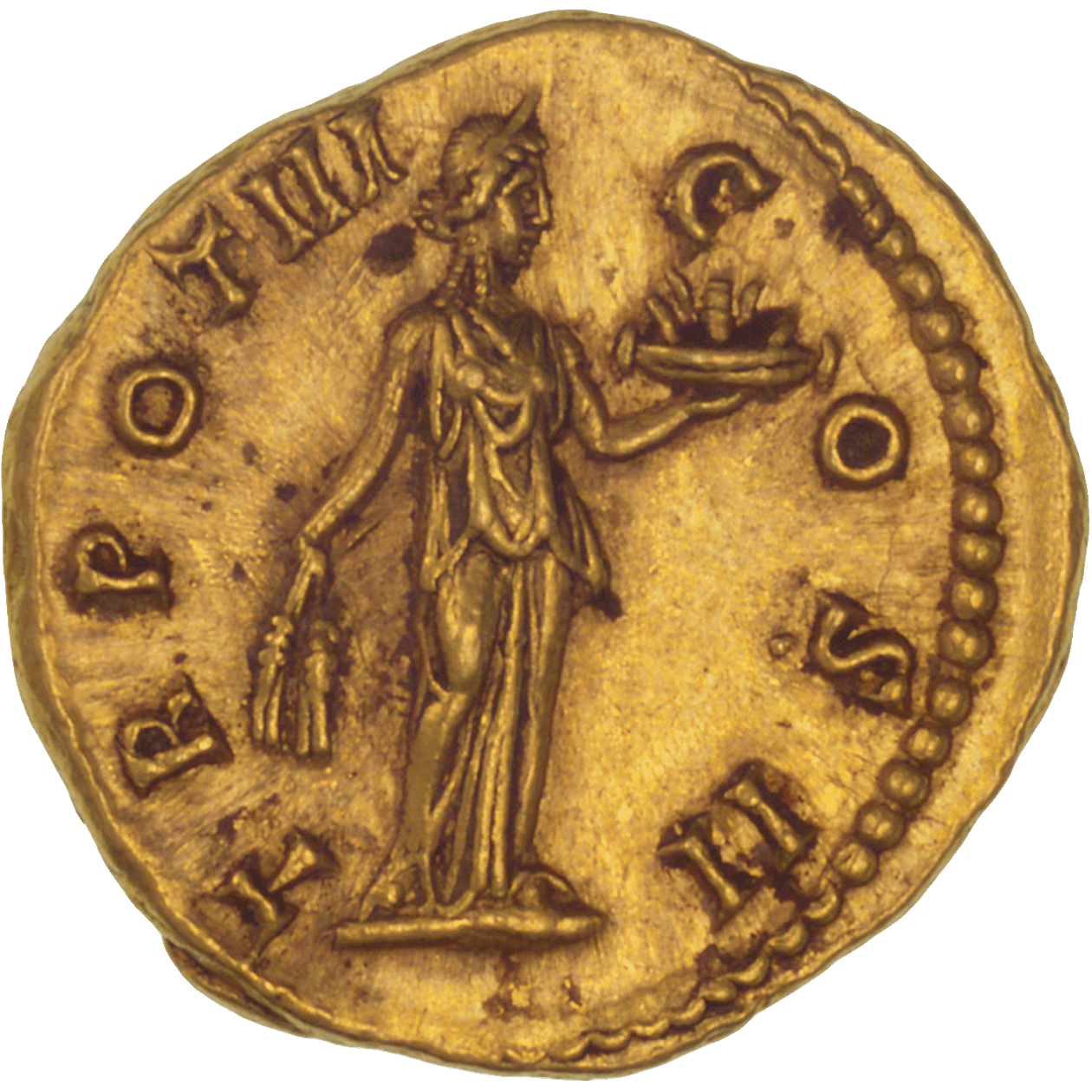 Marcus Aurelius (142-153) never wanted to become emperor of Rome. He ascended to the throne only through the clever succession plan of Emperor Hadrian, who prompted his own successor Antoninus Pius to adopt the then 17-year-old Marcus. After Antoninus Pius' death, Marcus had no choice but to ascend to the throne. However, hoping to get help in the imperial office, which he perceived as an utter burden, he appointed his adoptive brother Lucius Verus as coregent and joint partner in all titles and offices.

This aureus was minted before Marcus Aurelius inauguration, when he was still Caesar, the designated heir to the throne thus. The coin depicts him without any imperial insignia. The reverse shows Fides, the personification of subservience and fidelity towards the state. She holds two ears and a fruit basket, the symbols of fruitfulness and abundance.