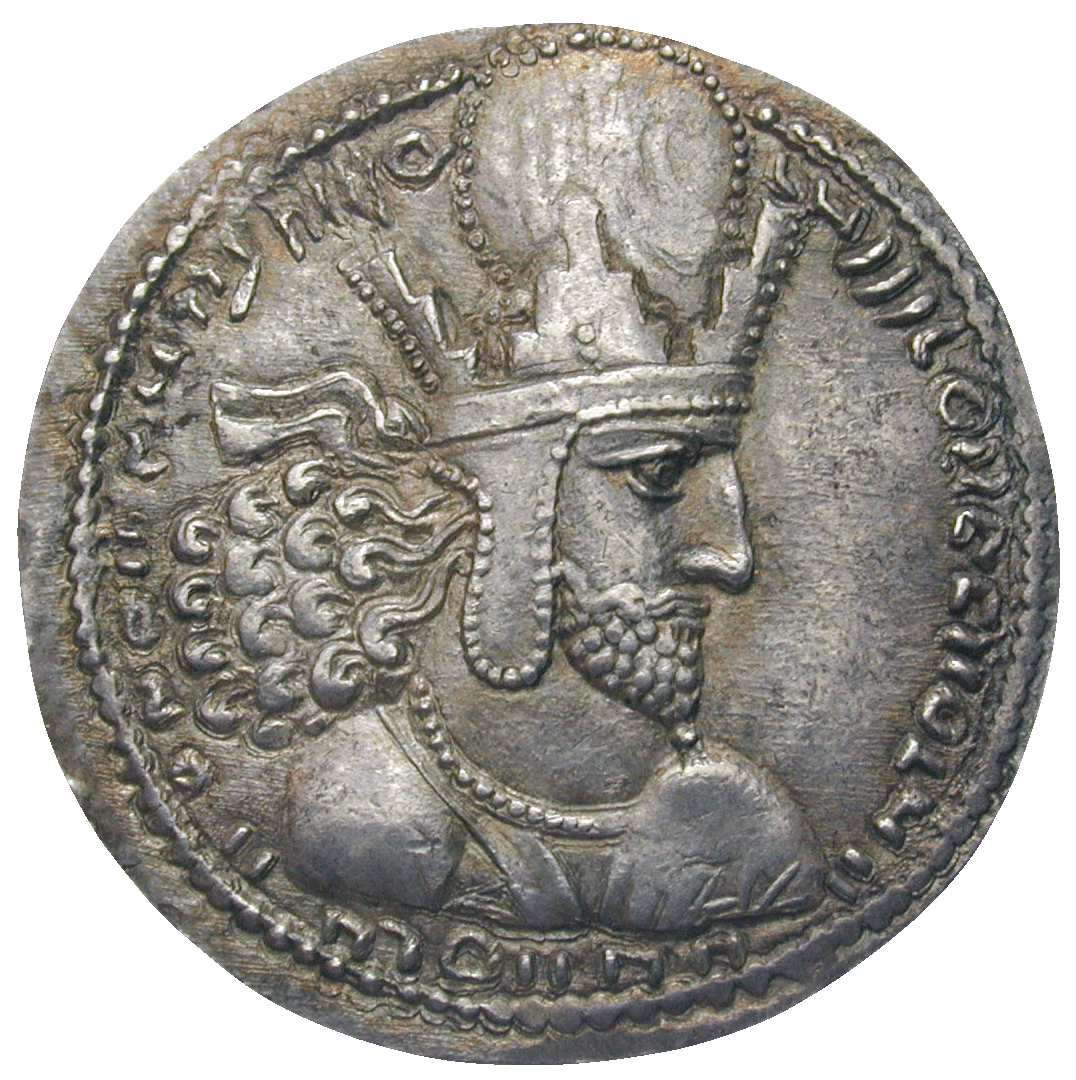 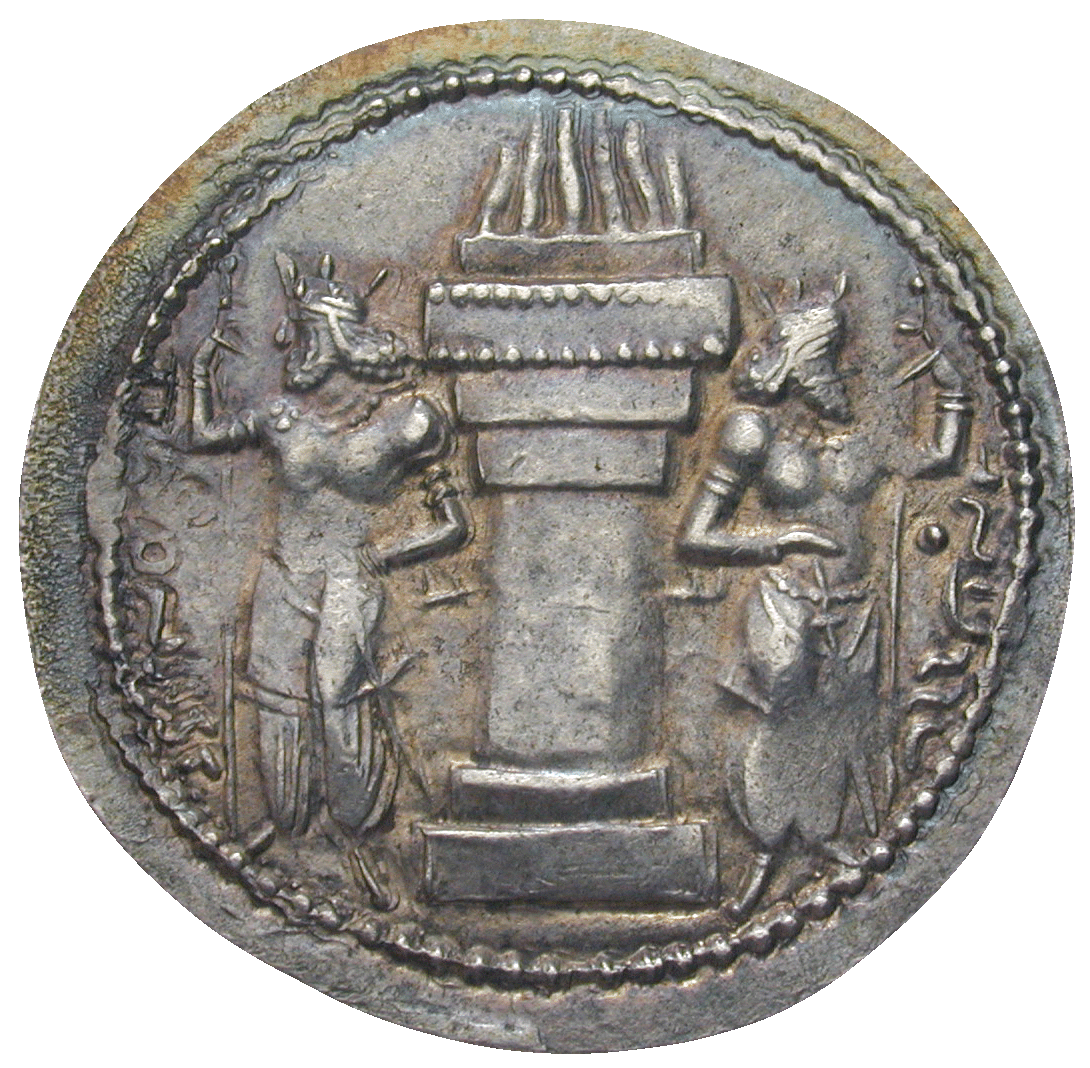 Until the year 256 AD, Sassanids coins had always been made from billon. But that year, during the conquest of the city of Antioch, the Sassanids captured large amounts of Roman coinage silver. From this loot did they mint their first silver coins. This drachm was issued by Shapur I (241-272), the conqueror of Antioch. The obverse of the coin shows an idealized portrait of the king. The reverse depicts the king twice, on each side of the fire altar. Such fire altars are a recurrent motif on Sassanid coins: they were the central place of worship in Zoroastrianism, the ancient Persian state religion.