Kingdom of England, Elizabeth I, Shilling 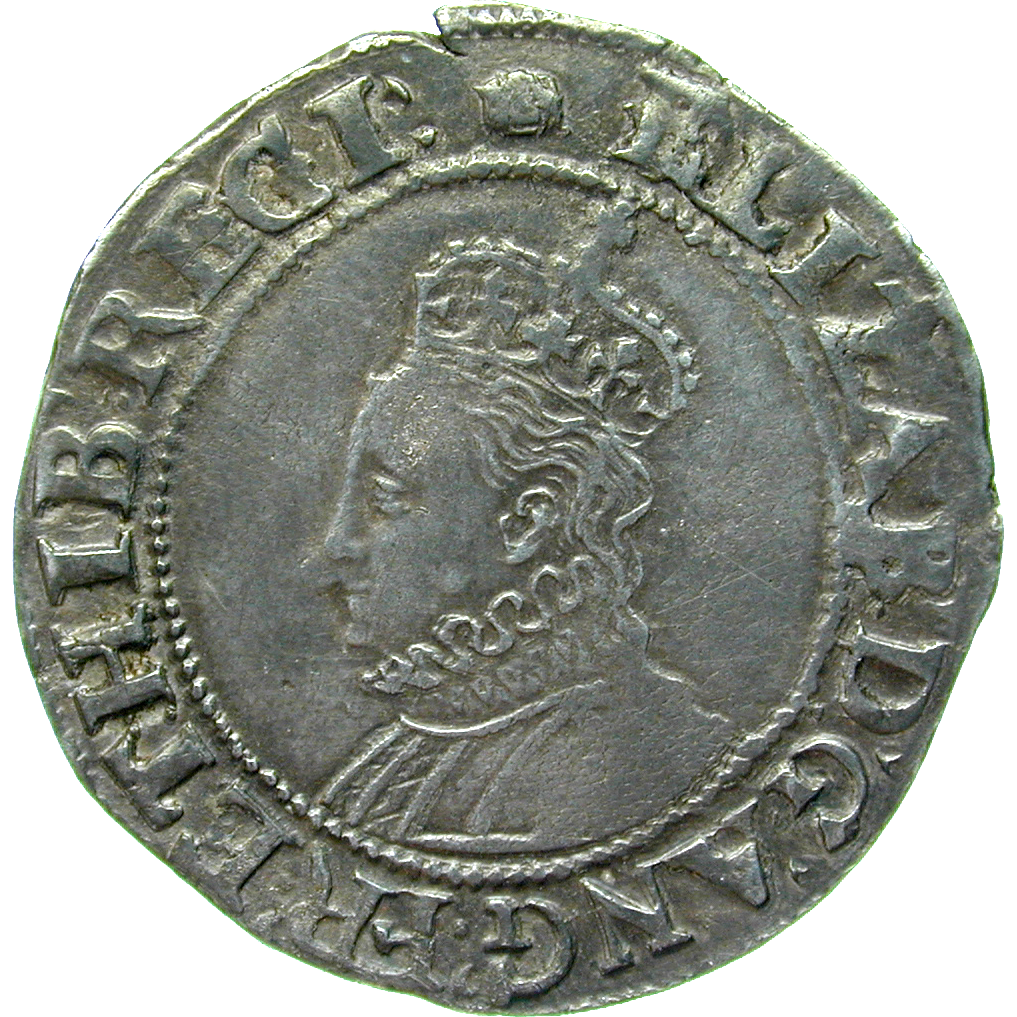 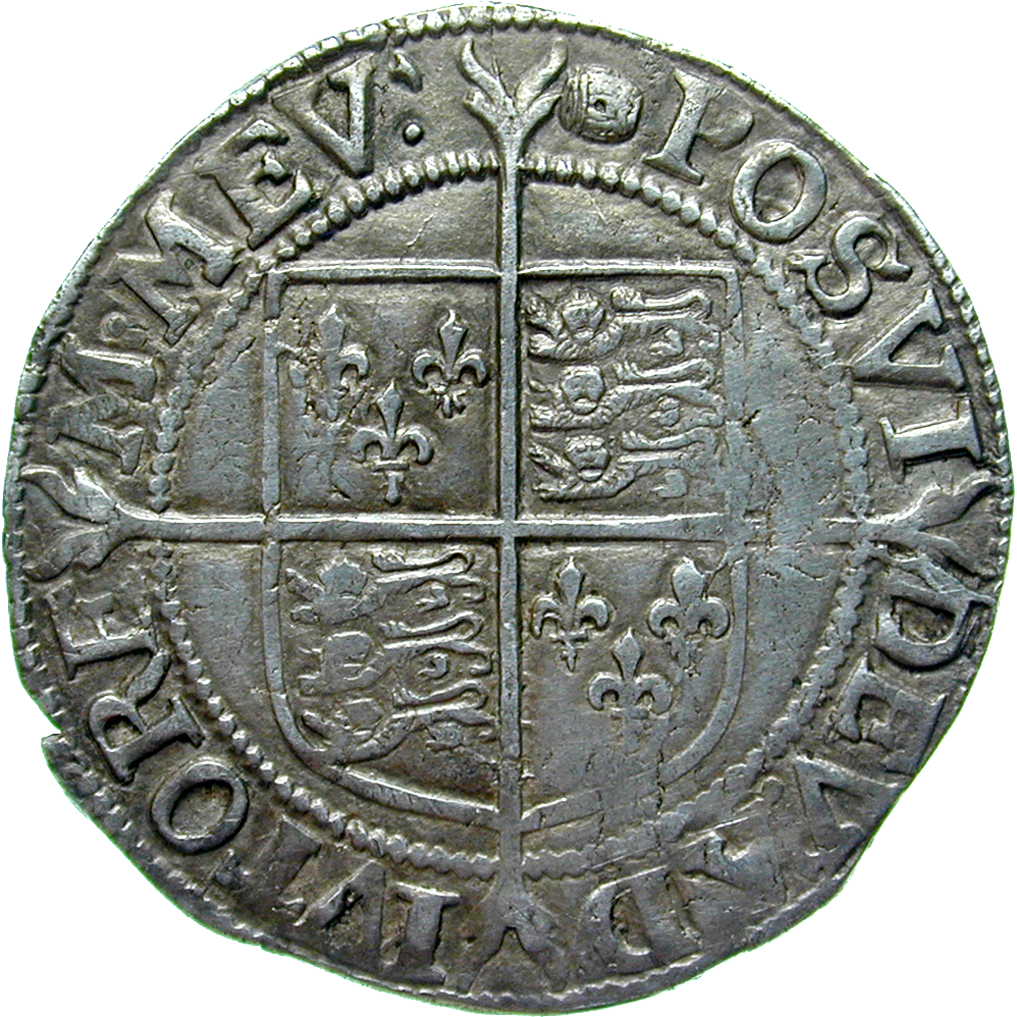 Elizabeth (1558-1603), daughter of Henry VIII and Anna Boleyn, was declared illegitimate after the death of her mother. Nevertheless, she was educated together with the official heir to the throne, Edward VI. When Edward died in 1553, his sister Mary the Catholic succeeded him on the throne. And when Maria died some years later as well, Elizabeth became the new queen. Nine different gold coins and eleven silver denominations reflected England's splendor under Elizabeth I. However, the major part of the coins in circulation in England at that time were like this shilling made from silver. And Elizabeth did not miss the chance to announce her glory throughout the world by a representative coin image.