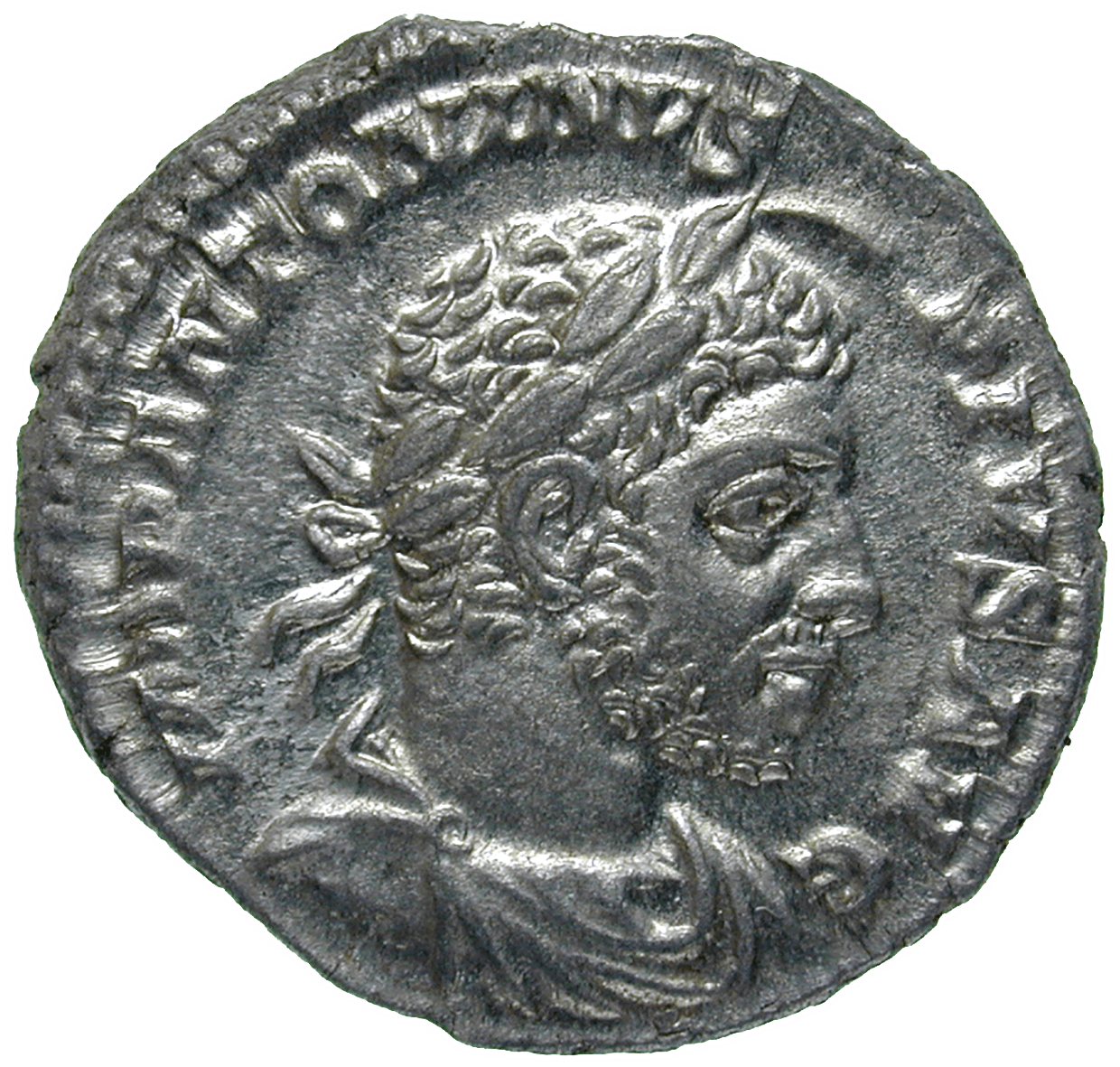 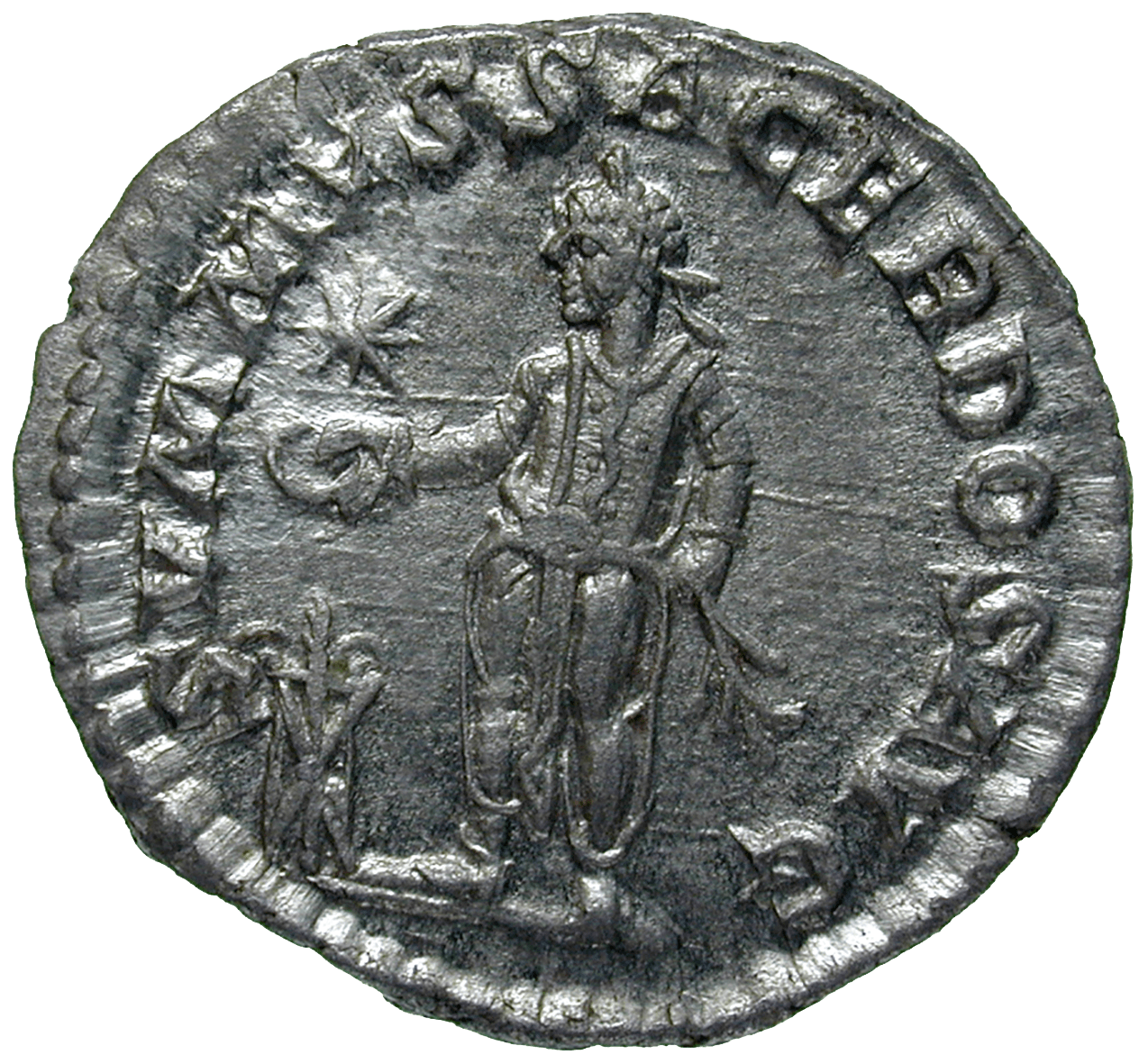 Elagabalus was, along with his duties as emperor (218-222), also a priest of the Syrian sun god Baal. The emperor even tried to introduce the cult of Baal in Rome, and to establish him under the name of Sol Invictus as imperial god. Yet the Romans had no understanding for such extravagances. The eastern cult with its orgiastic rites, pompous splendor and lavish festivities was too foreign. His religious policy massively undermined Elagabalus' popularity, and was one of the reasons for his assassination.

This denarius depicts the emperor on the obverse with a laurel wreath. The reverse shows him wearing a priest's robe and holding a twig and a patera, a shallow sacrificial dish. In front of him is a trident over which the emperor is just about to offer his sacrifice.