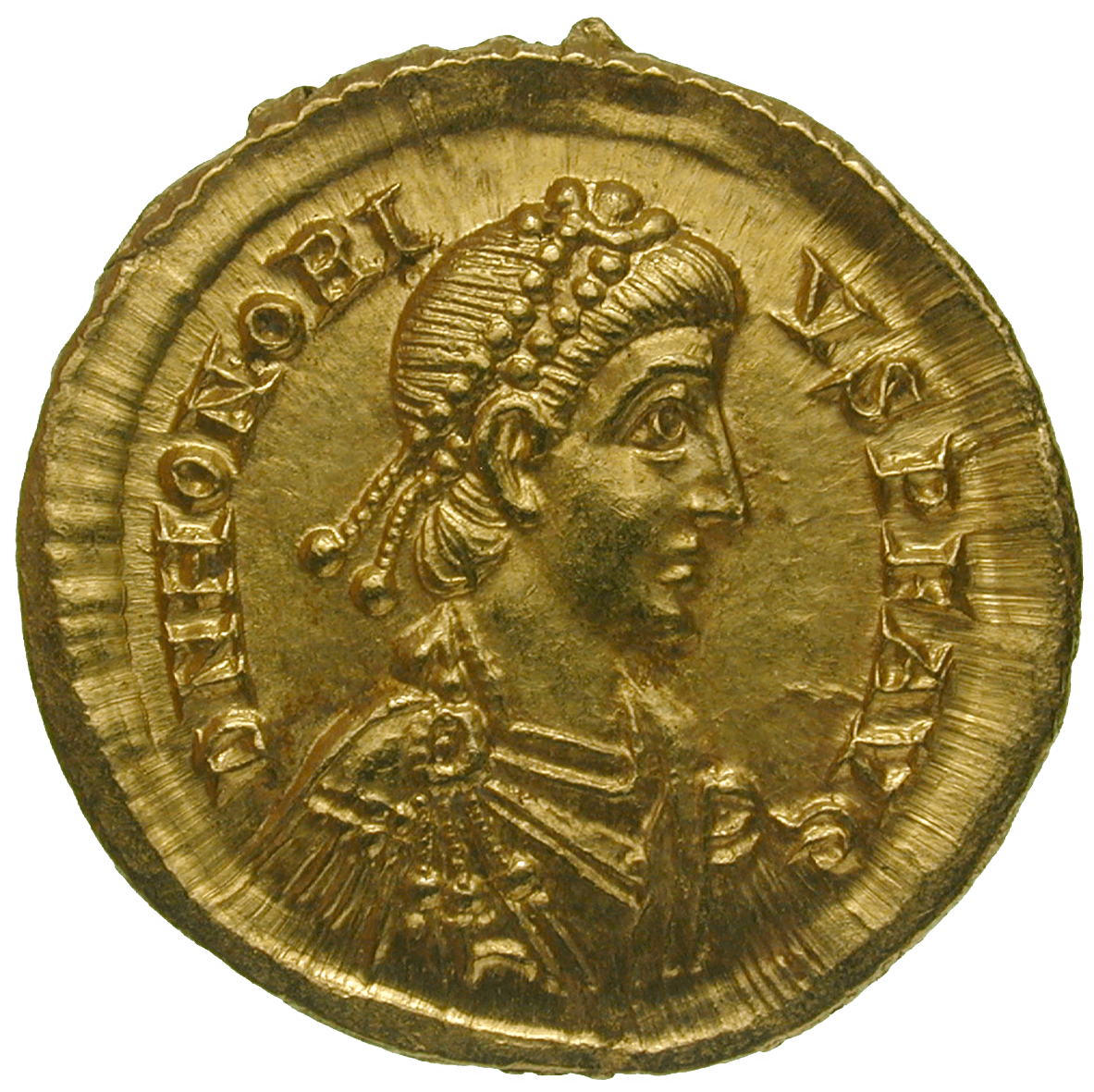 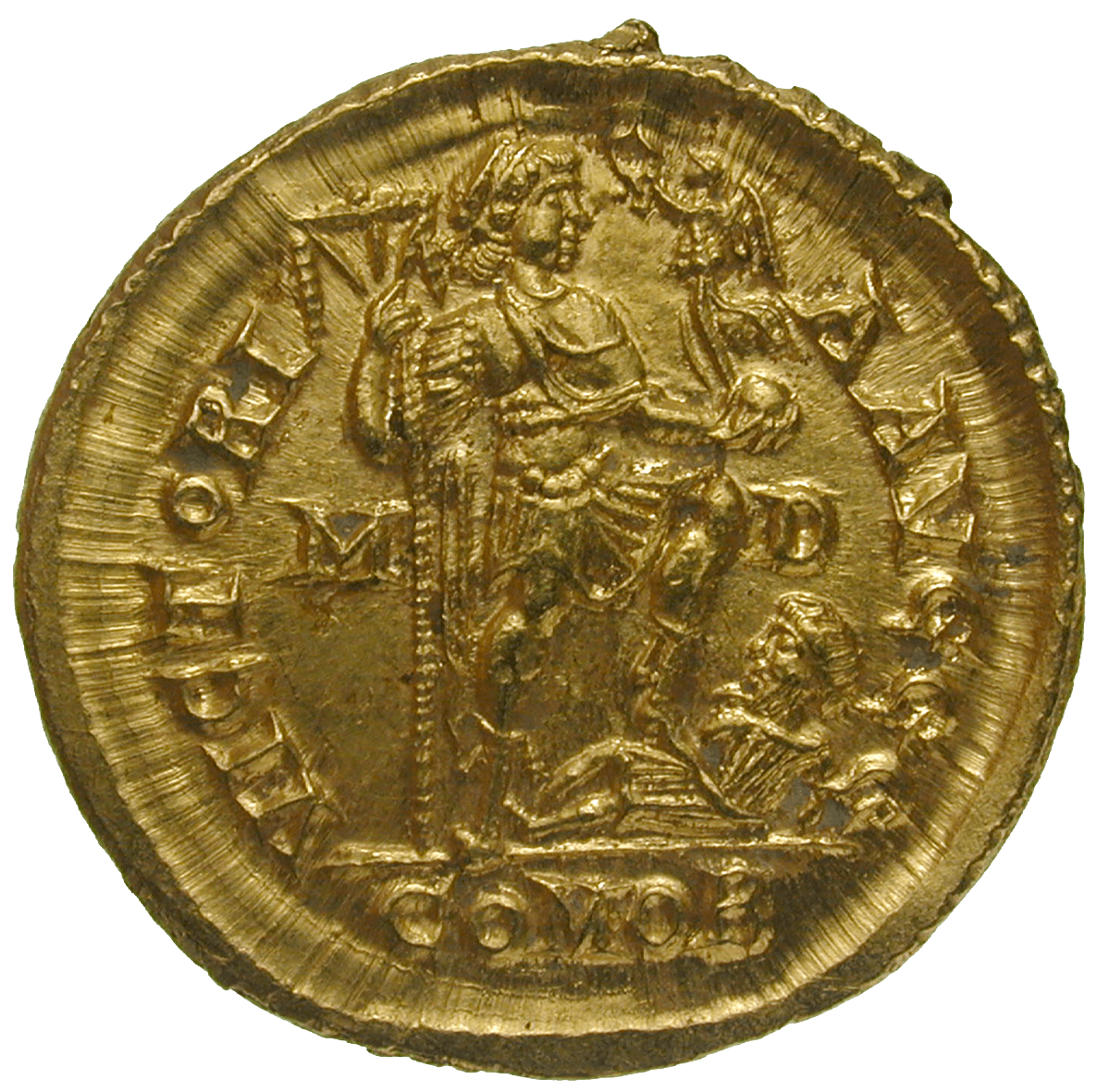 The reign of the Western Roman Emperor Honorius (393-423) was marked by rapid decline. After the turn of the 5th century, an invasion of 'barbarians' overwhelmed Europe: the huge treks of the Germanic tribes, the Visigoths and the Ostrogoths, the Huns and the Vandals set an end to the Roman Empire.

Honorius' coins did not reflect any of these events, however. This solidus shows the armored bust of the emperor with a diadem. The reverse depicts Honorius again: In his right hand he is holding a labarum, the imperial military standard, in his left a globe with a little Victoria on top. The goddess of victory is just about to crown him with a wreath. The emperor has his foot on the body of a bound prisoner in a pose of triumph.

The letters M and D on both sides of the figures stand for the mint of Mediolanum, Milan.