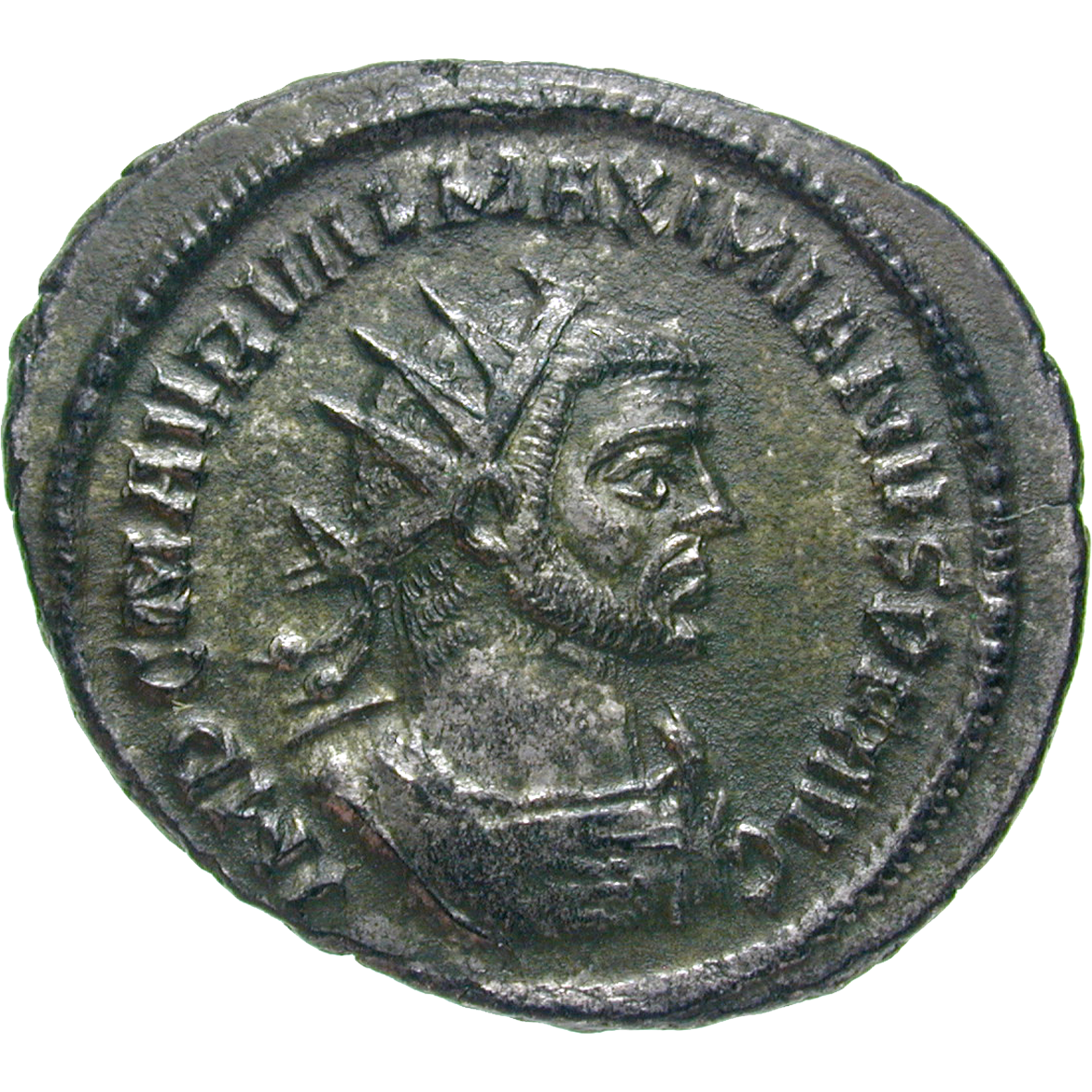 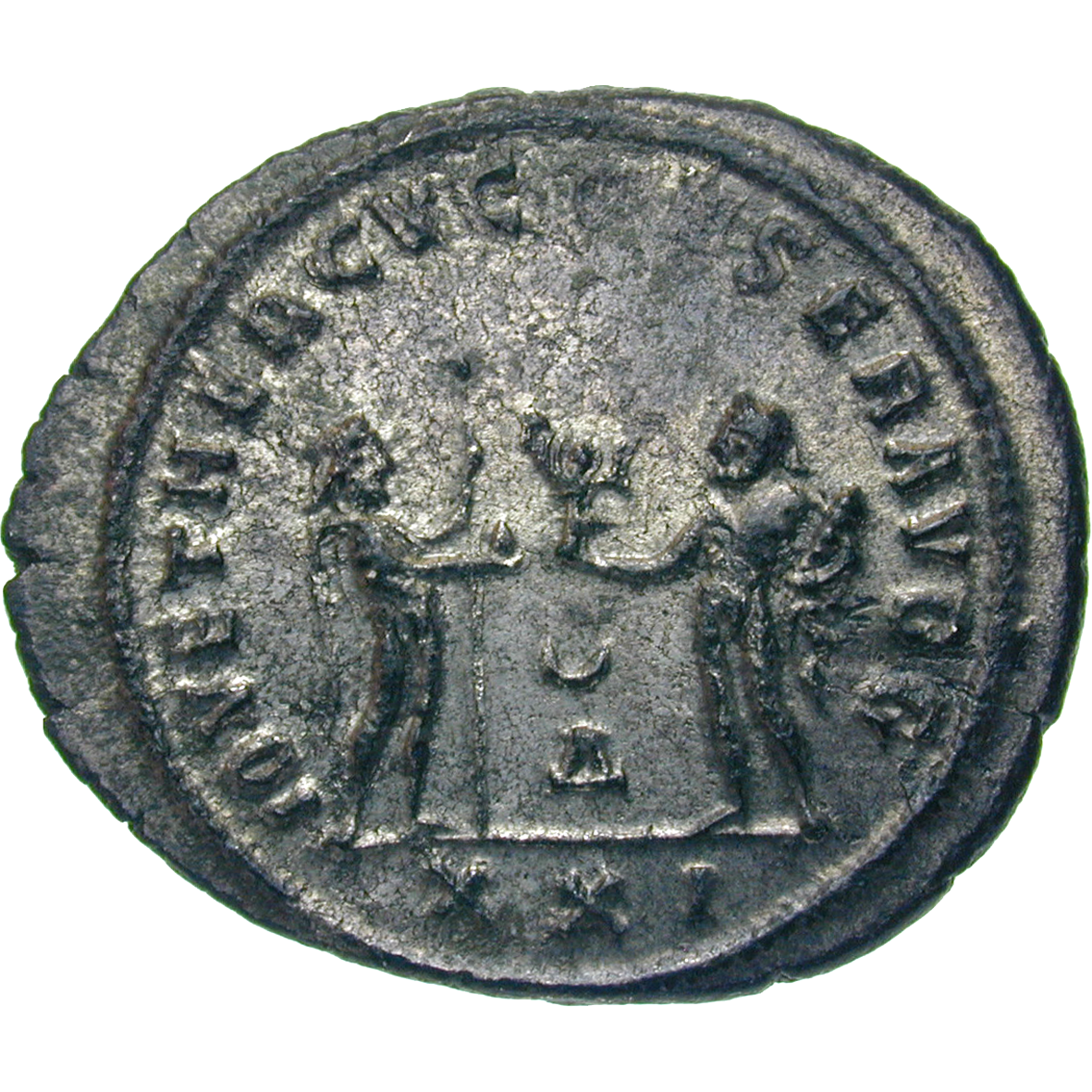 Along with Diocletian, Marcus Aurelius Valerius Maximianus was emperor of the Roman Empire from 286 to 310 AD. Diocletian was first in command and ruled over the Roman east, while Maximianus reigned in the west. In 293 AD Diocletian introduced the tetrarchy; that year each of emperors took a Caesar, a sub-emperor.

Maximianus was allegedly uneducated, ruthless and brutal, as well as possessed by pathological urges. Despite of this – or, maybe, because of it – he ruled his half of the empire successfully. He stabilized the border against the Germanic tribes and brought defected Britannia back into the realm.

On this coin, Maximianus is depicted on the obverse with hard features that show his will for power. On the reverse he stands opposite Hercules, who is recognizable by his club and the lion's skin. Hercules hands Maximianus a winged Nike, the sign for victory.