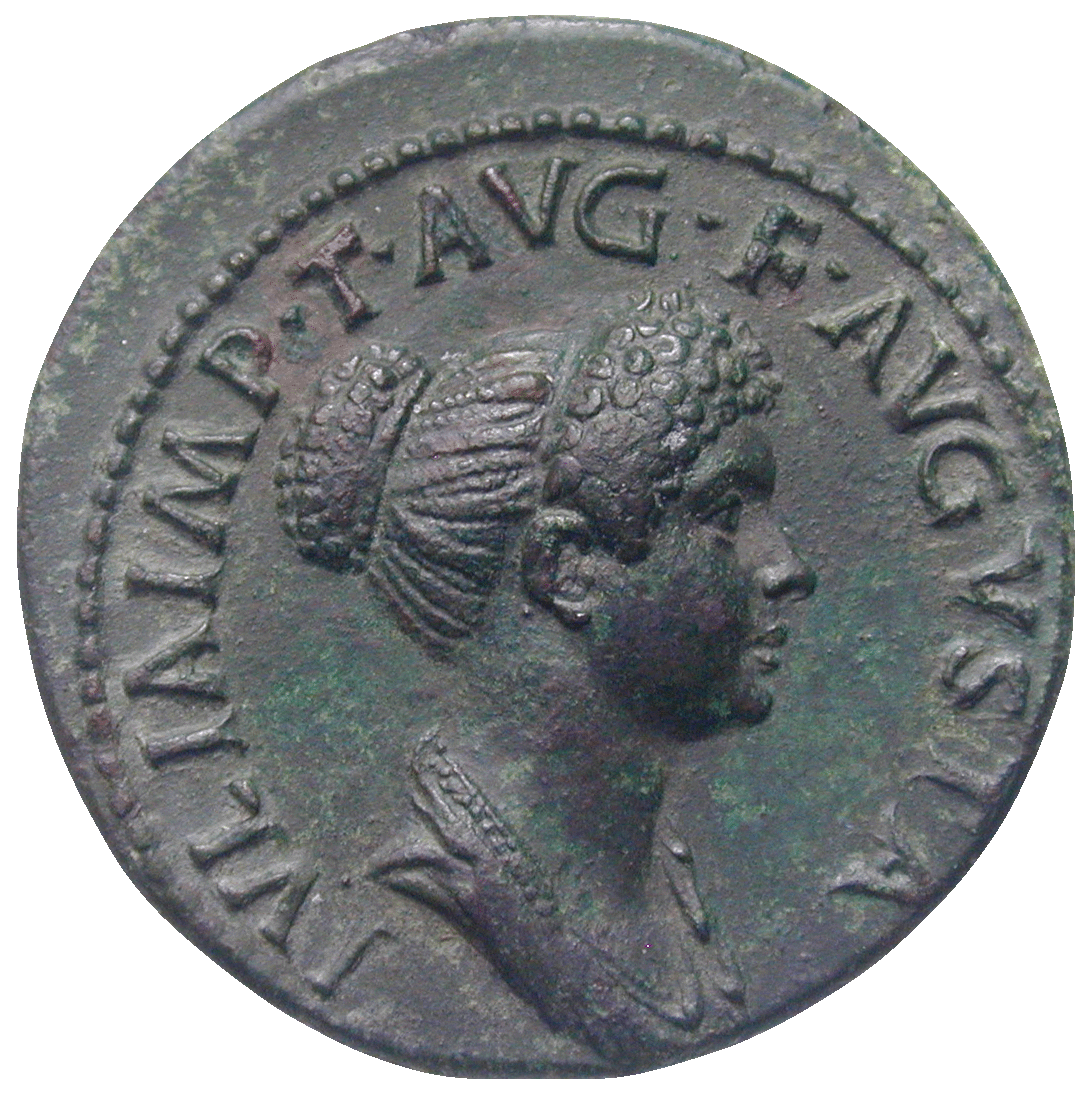 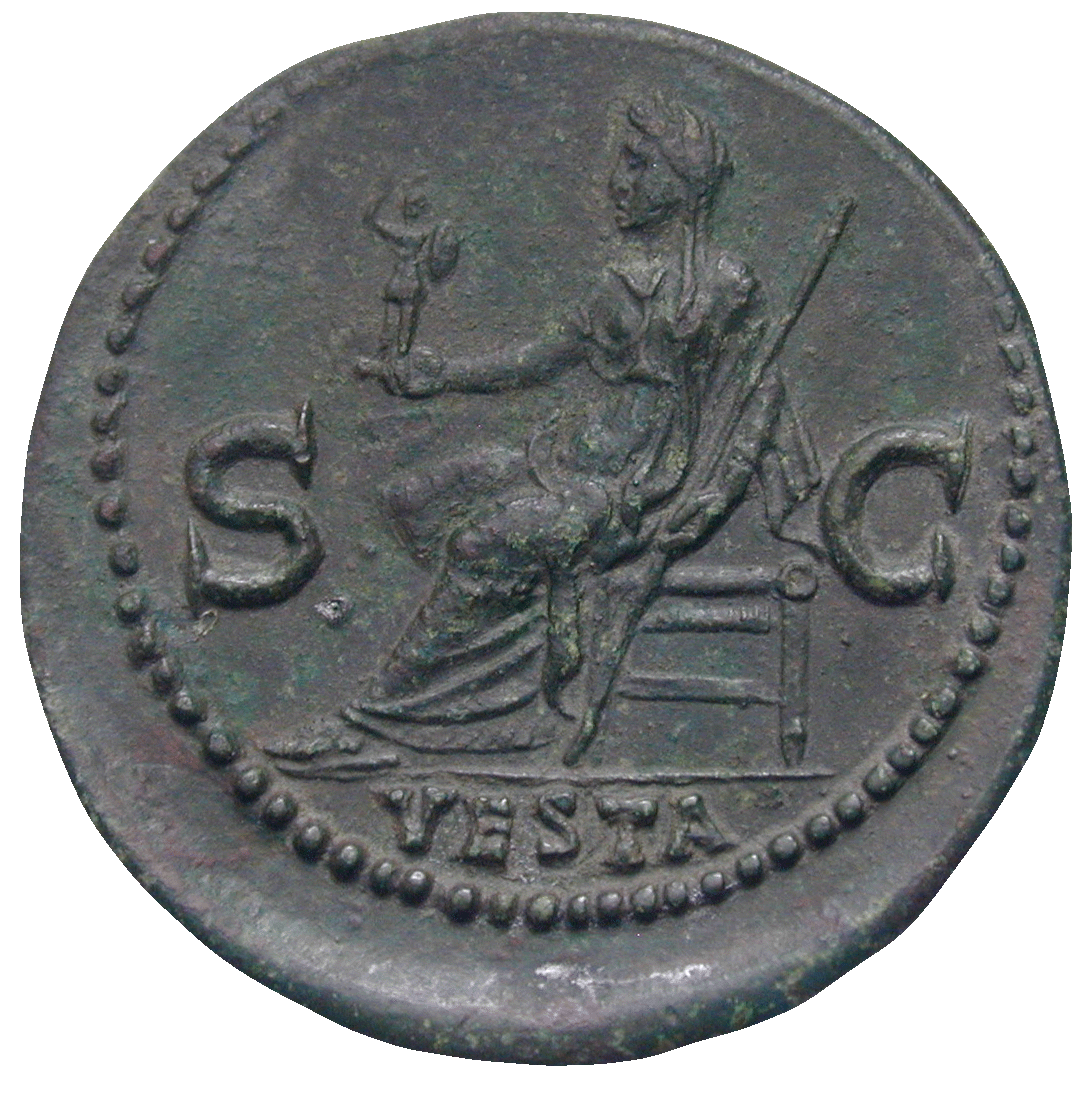 The dupondius was an ancient Roman weight that was issued as a coin already at the time of the Roman Republic. The coin had a value of 2 asses. In the Roman imperial epoch the dupondius was mostly made from orichalcum (brass), an alloy of copper and zinc.

This dupondius was issued by Emperor Titus (79-81 AD). It shows his only daughter Julia Titi, at the age of about thirteen. On the reverse is Vesta, the goddess of home and hearth, and the guardian of the sacred fire.