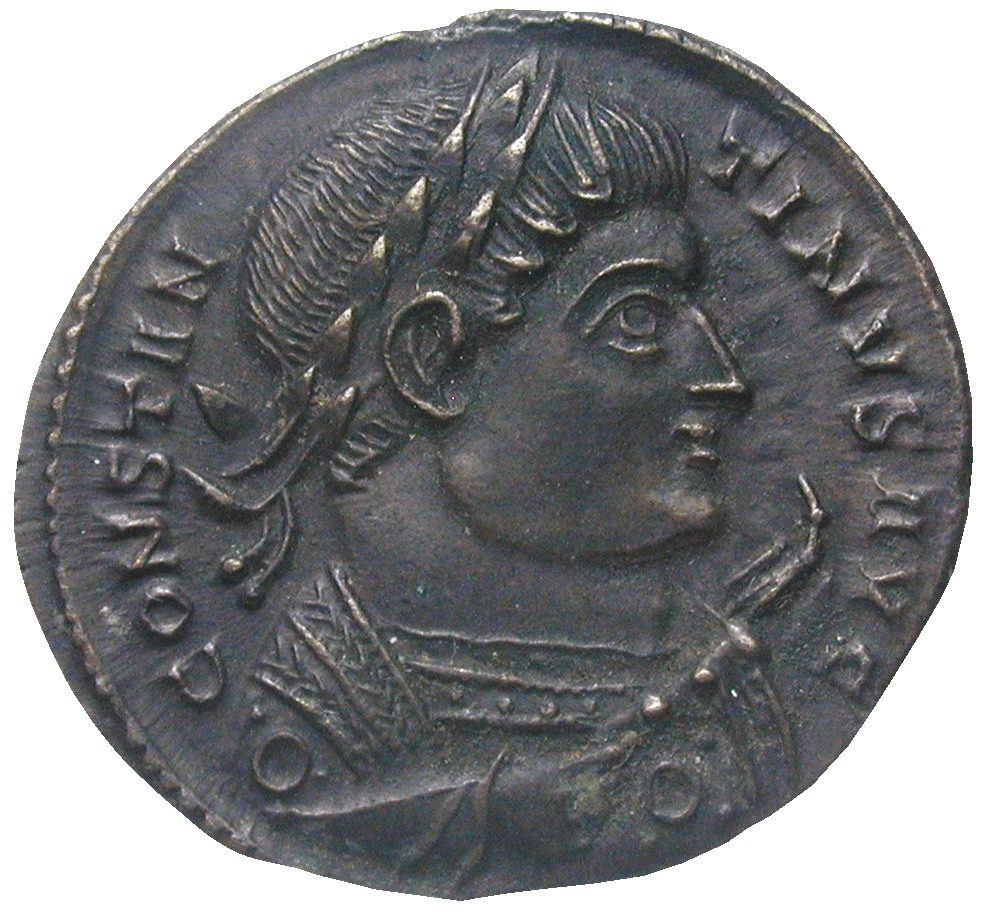 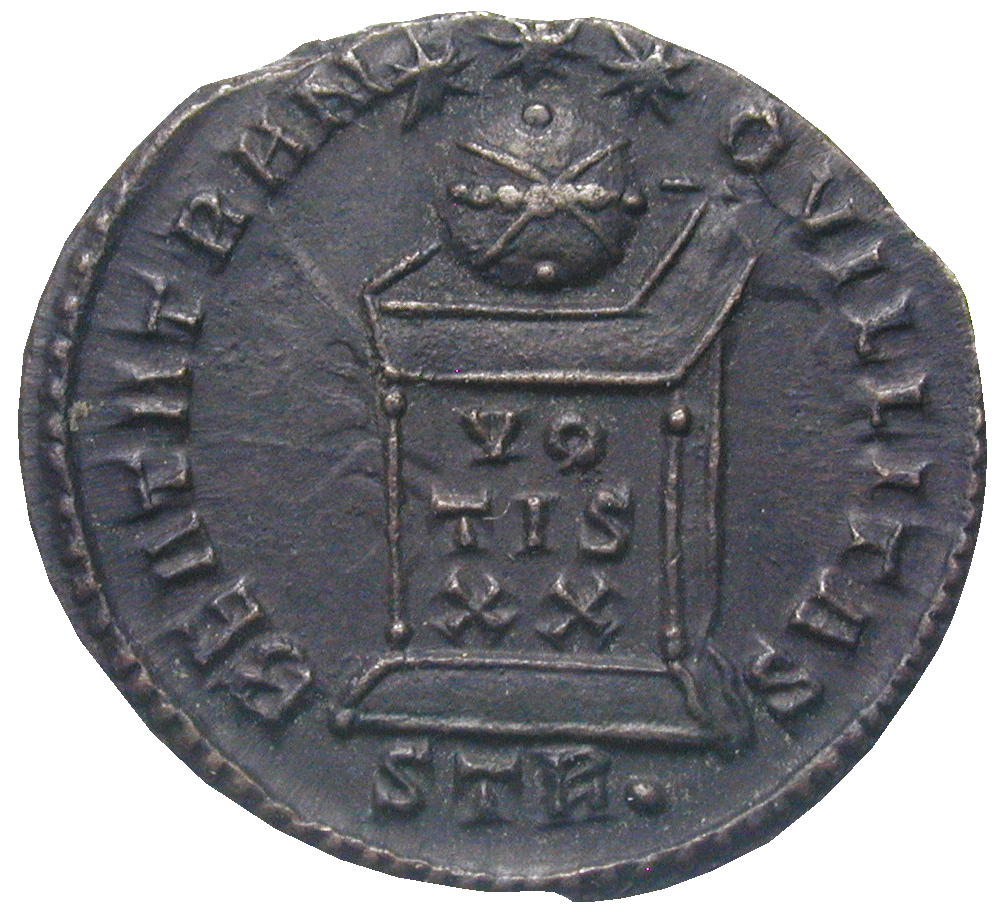 During the reign of Constantine I (307-337) an interesting change of coin motives took place. The traditional gods and goddesses slowly disappeared, to be replaced by political correct imigaes indifferent to religion. This coin is a good example.

It shows on the obverse the emperor himself, and on the reverse an altar with a globe sitting on top. The altar bears the inscription VOTIS XX, vows for 20 years of government.

This refers to celebrations held every five years, during which the emperor promised to sacrifice to the gods if they granted him five more years in office. Behind it stood the Roman belief that for each gift of the gods, a sacrifice had to be brought as return gift.