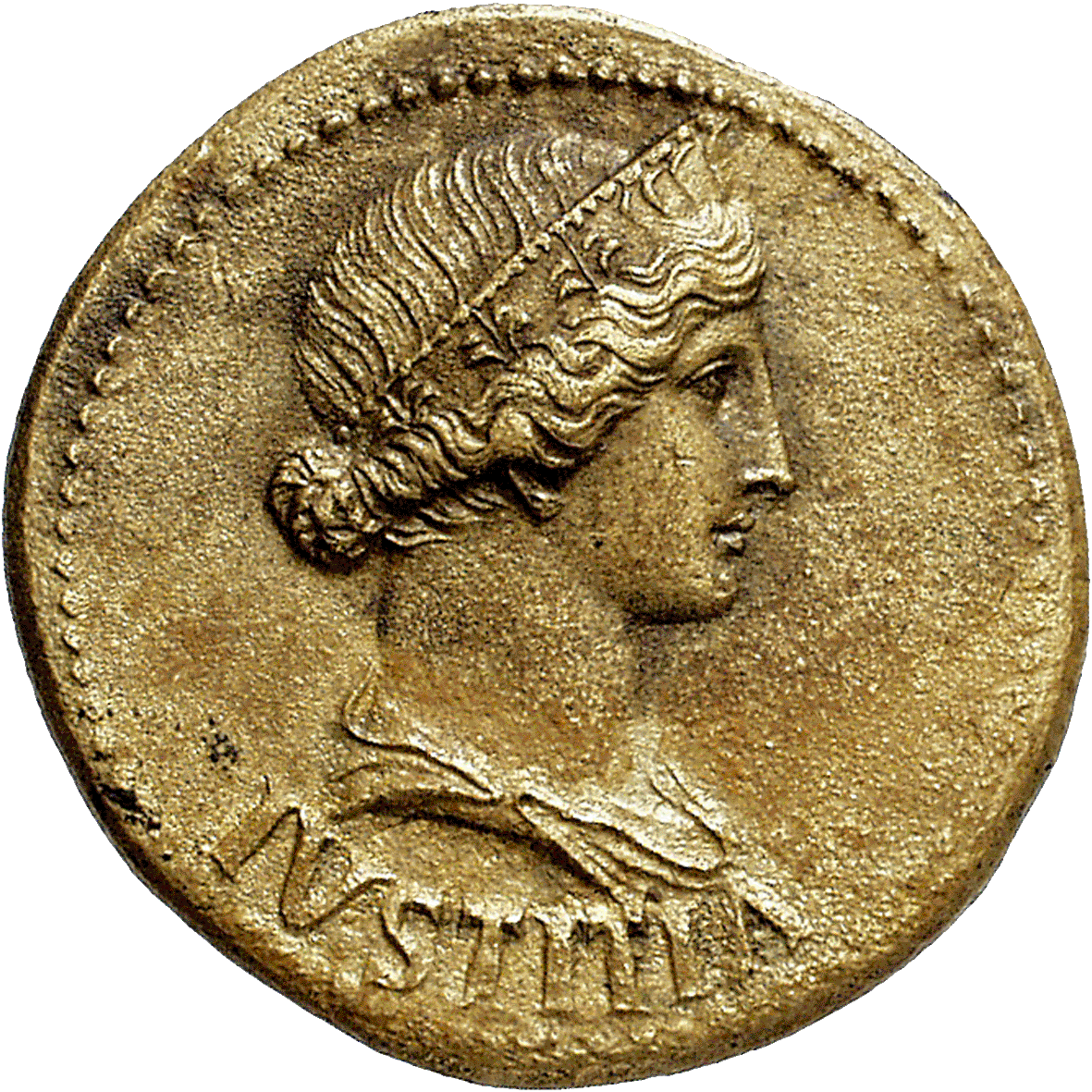 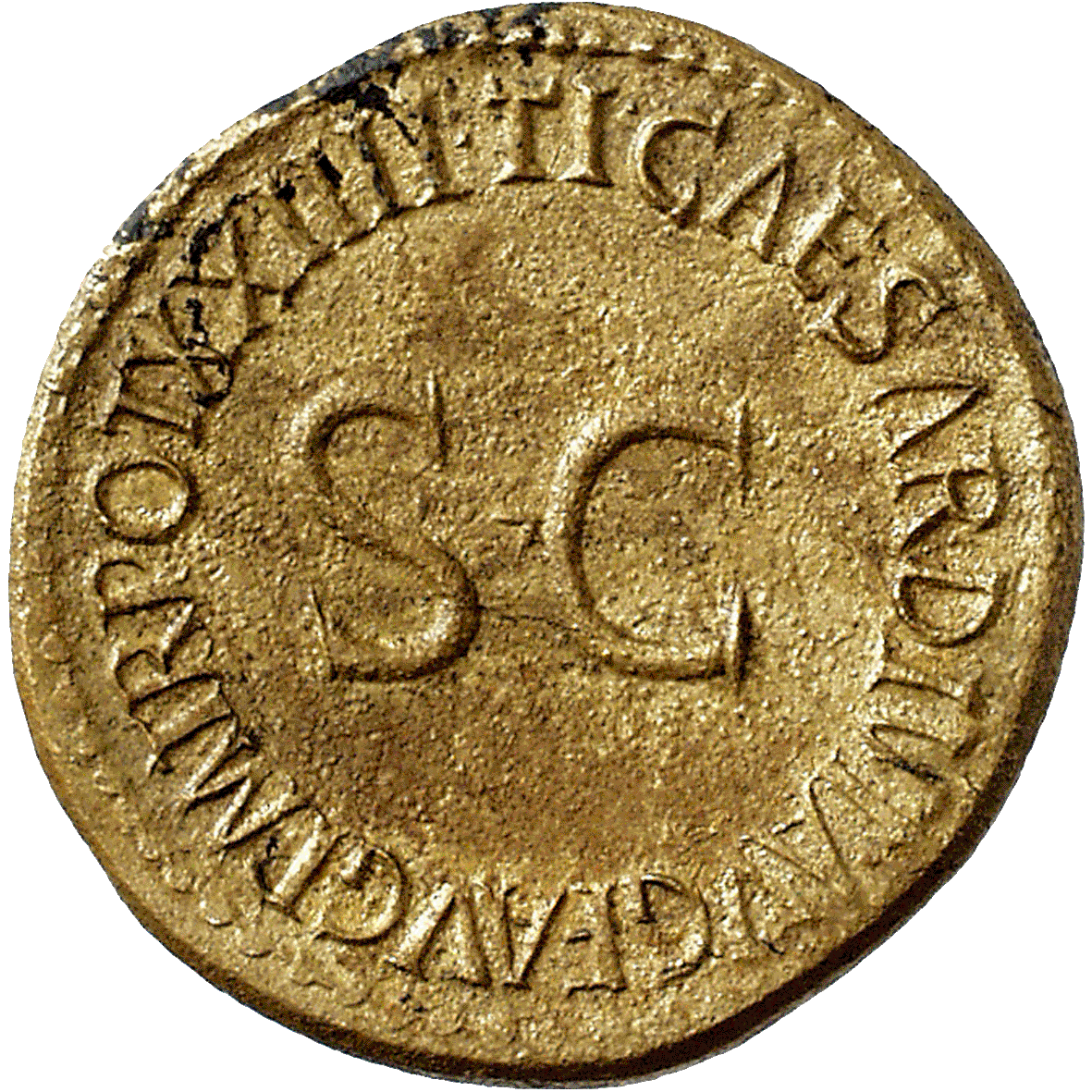 This coin of the Roman emperor Tiberius (14-37 AD) shows on the obverse an image of his mother Livia in the guise of the goddess Justitia. The empress is depicted youthfully, with an idealized Greek profile and an aristocratic facial expression.

This representation – the personification of a goddess by a woman's portrait – was to have a strong future influence indeed. The design inspired the coinage of modern France as well as of that of the US, and the representation of Helvetia on the Swiss coins also shows a striking resemblance with Livia Drusilla's portrait.