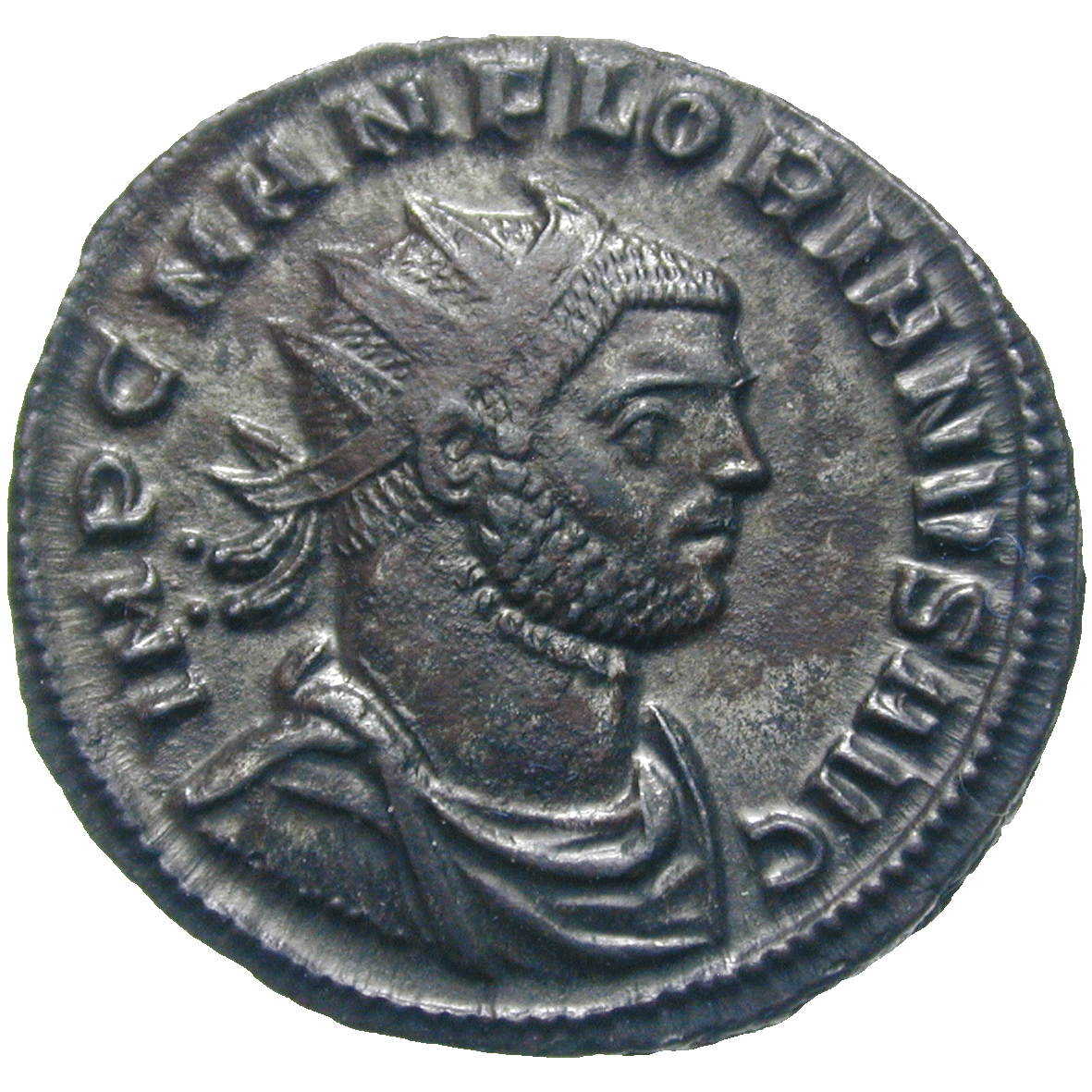 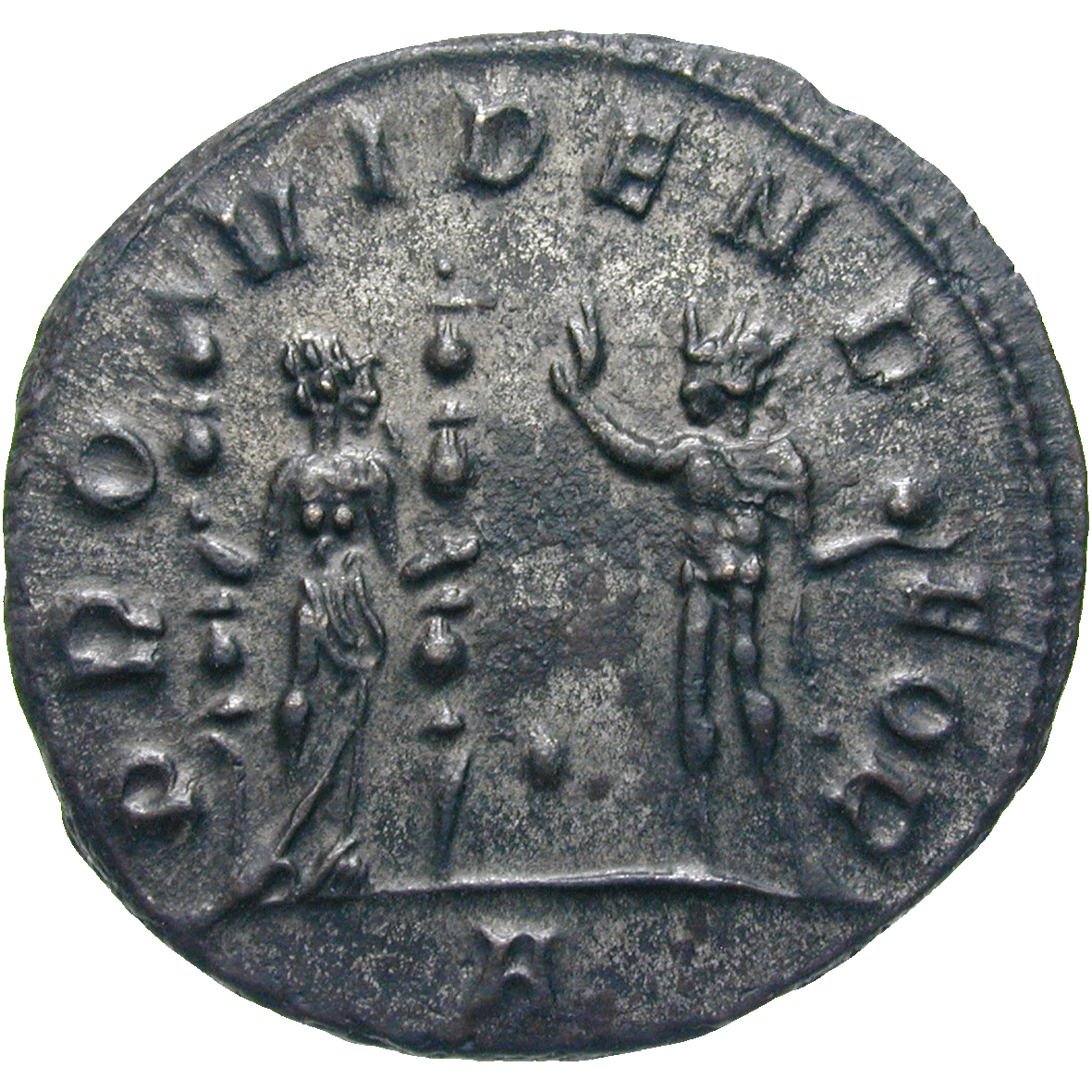 Death rates were high among the emperors of the second half oft he 3rd century AD: In average, three of them died every year. The rule of Florianus didn't last very long either; he sat from April to June 276 on the Roman imperial throne.

Due to his short rule, not much can be said about Florianus. He had many coins minted during that time, though. They show him stylish with curly hair and beard.

The reverse of this coin depicts the deities Sol and Providentia. Sol, the sun god, was much in fashion at that time; he was often regarded as the highest and most powerful god. Providentia was the personification of divine providence over the emperor.