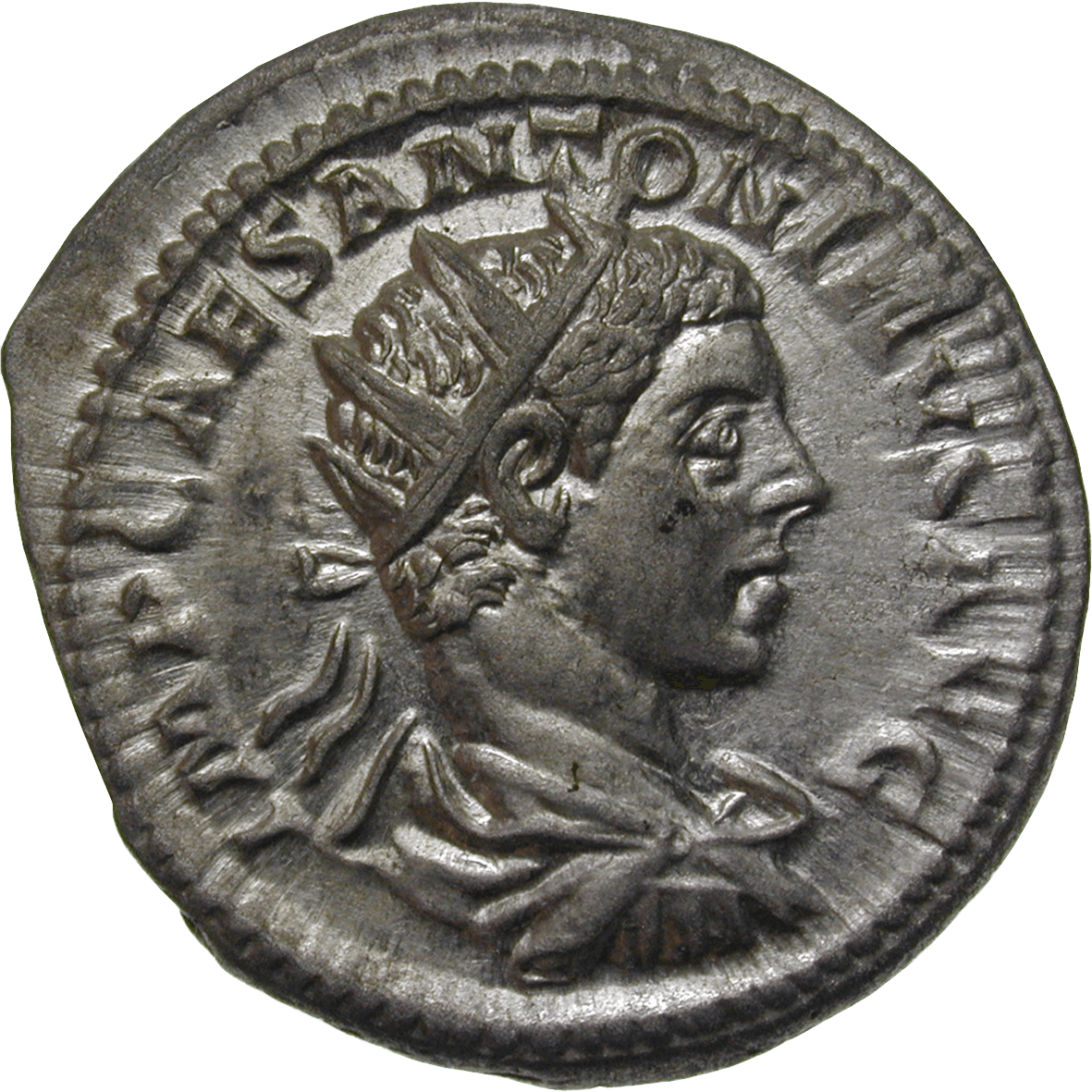 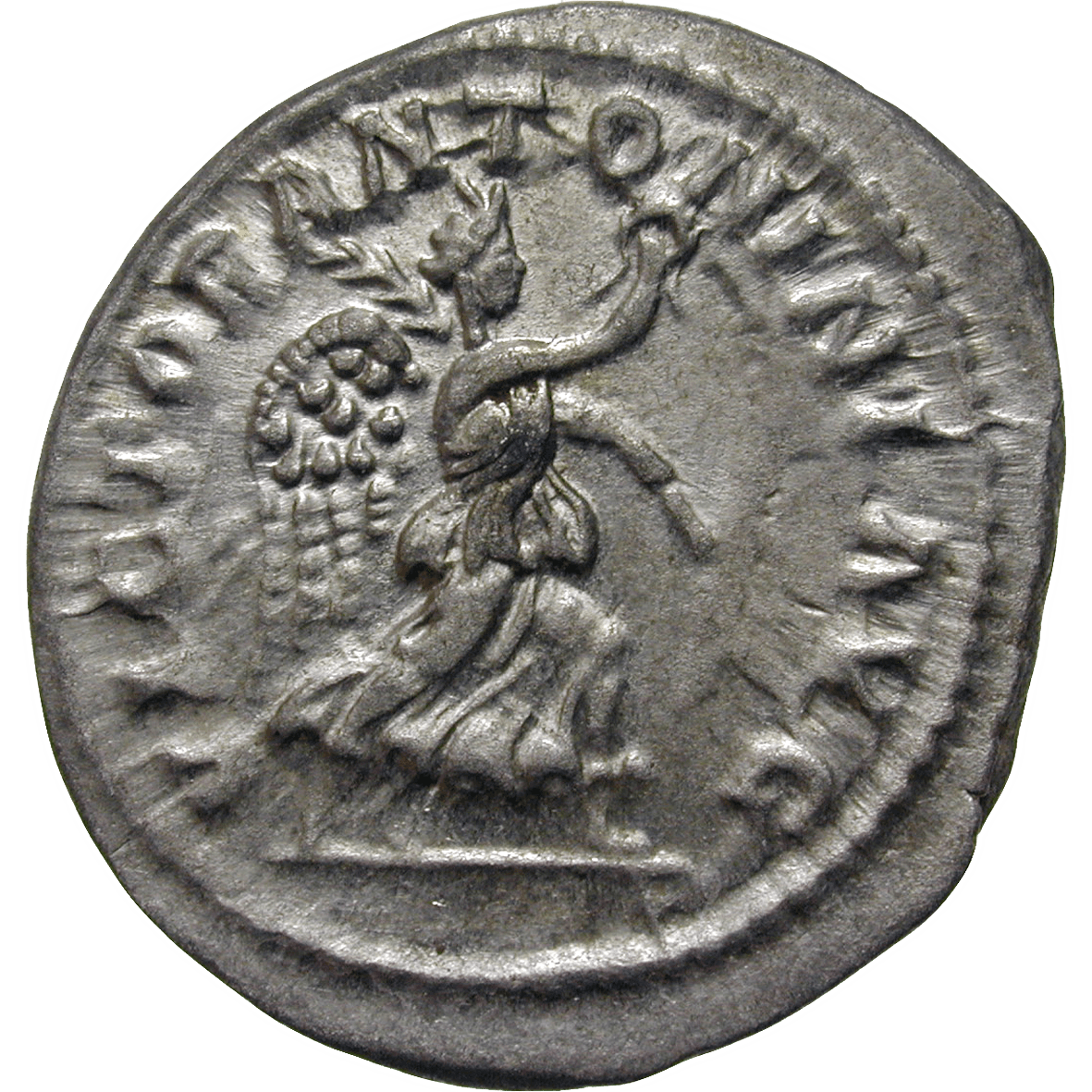 Only few busts of Elagabalus exist, because the damnatio memoriae was inflicted upon the emperor after his death, the 'condemnation of memory.' The few known depictions all show the emperor with soft, childlike features. This coin, too, presents him as a slender, pretty youth rather than as a sublime ruler of the Roman Empire.

Elagabalus was only 14 years of age when he ascended to the throne. Four years later, he went down in history as a symbol for profligacy and decadence, as egomaniac with curious behavior, who saw himself as priest of an oriental sun god and who wanted to impose a new national belief on the Roman people. At the age of 18, Elagabalus was killed by mutinous soldiers.