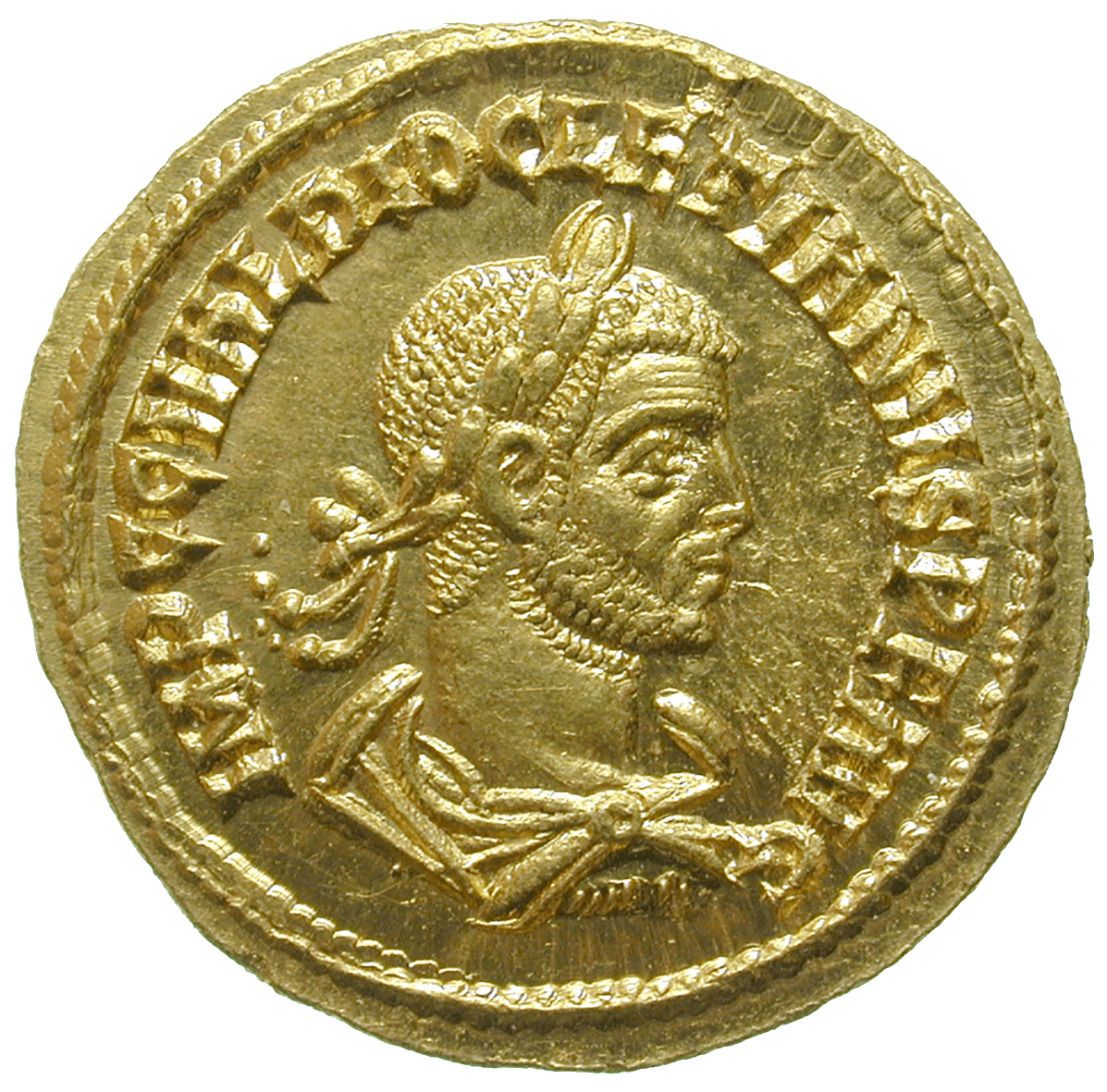 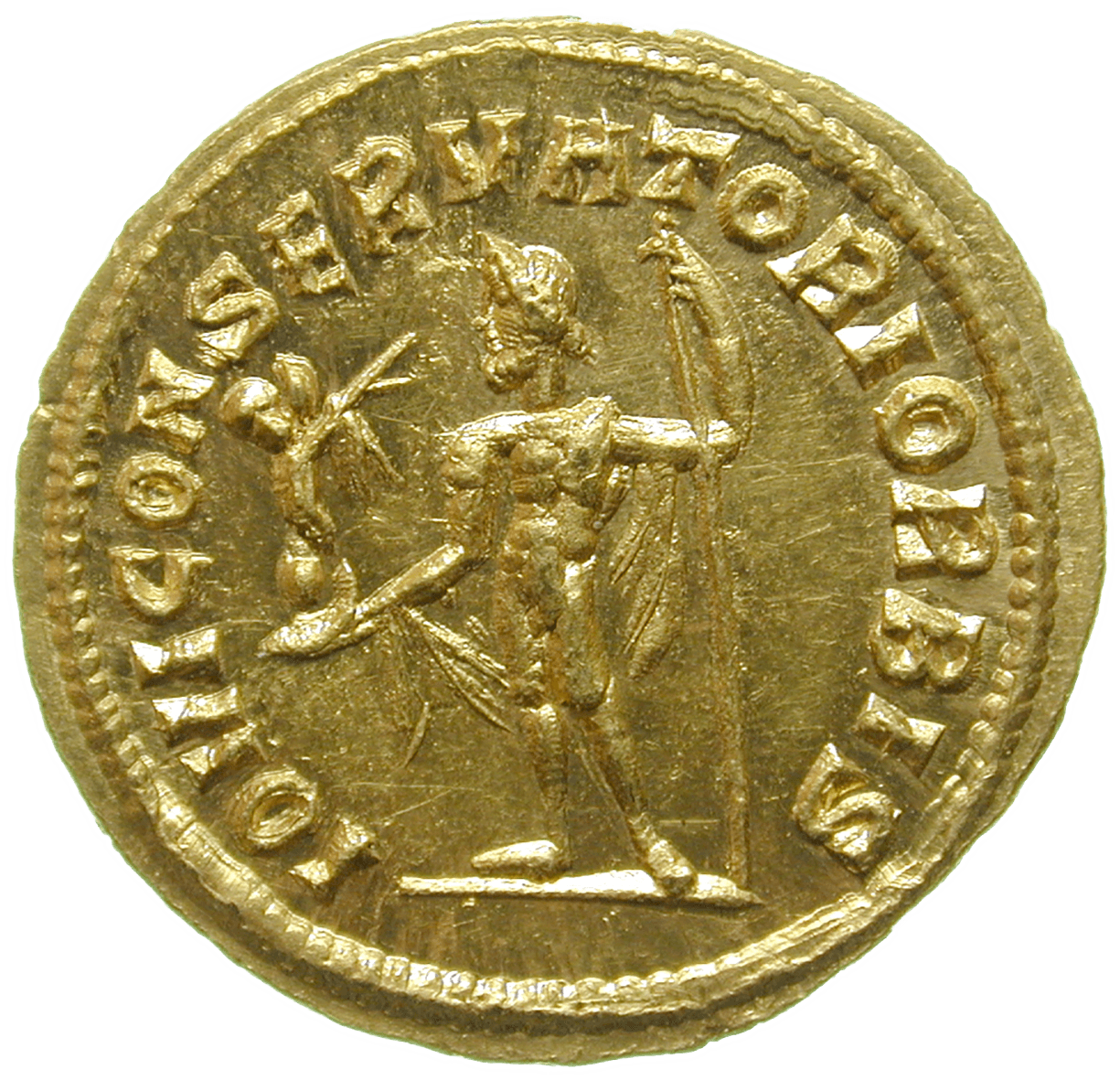 The aureus was the gold coin of the Roman Empire. It was introduced during the time of the Republic and issued until the beginning of the 4th century AD. Initially, aurei were issued rarely, however: only the gold captured during the campaigns of Caesar allowed for a more frequent issue of the aureus.

Under Emperor Augustus the aureus was fixed at 25 denarii (or 100 sesterces). After that, it remained the relatively stable basis of the prospering economy of the Roman Empire for some 200 years. Only in the early 3rd century did the aureus begin to lose weight. Emperor Diocletian (284-305), who is depicted on this piece, tried to stabilize the gold currency one more time. But it was too late: in the course of the coinage reform of Emperor Constantine the Great (307-337), the aureus was replaced by the solidus.

The reverse of our aureus depicts Diocletian's patron Jupiter with a scepter and a statuette of Victory.