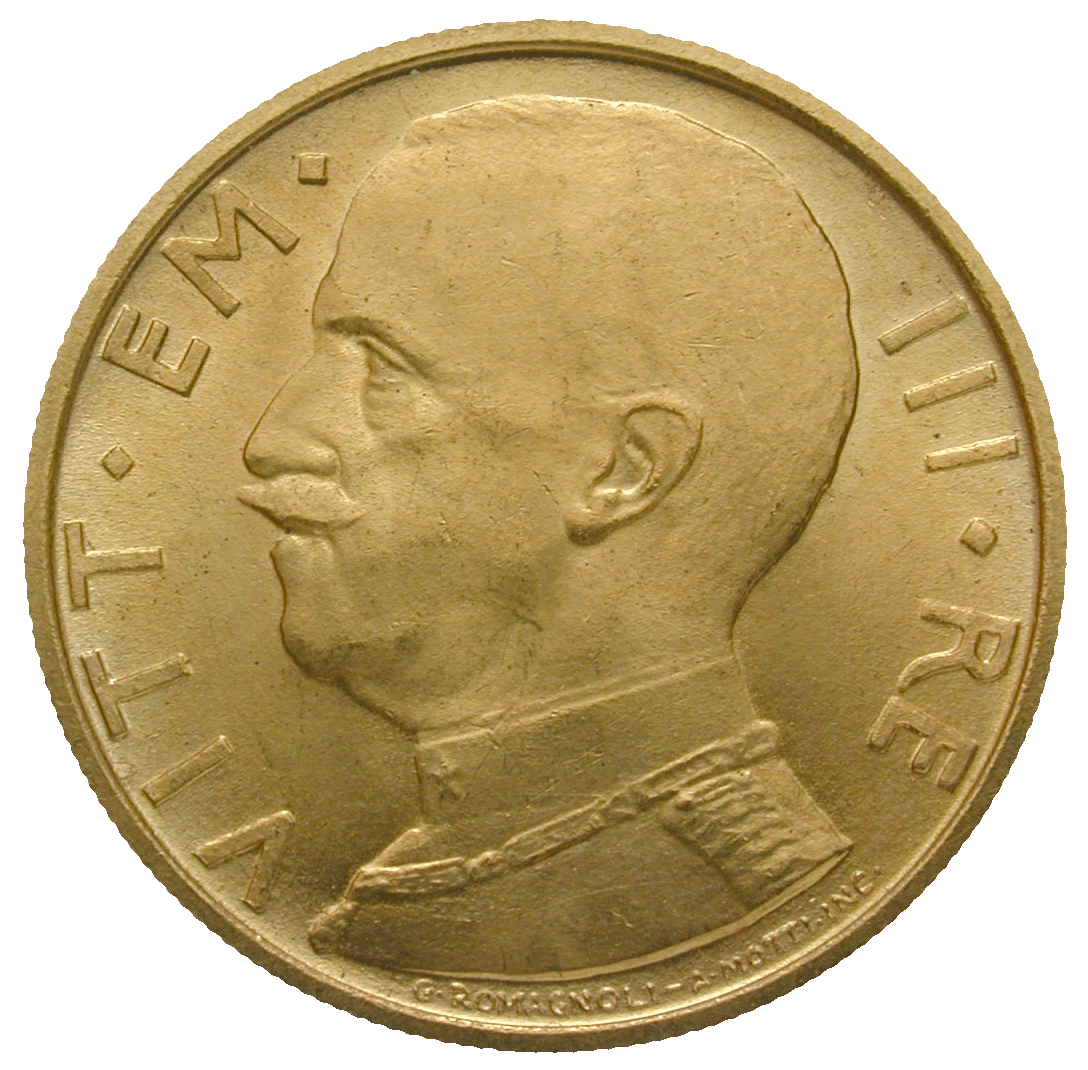 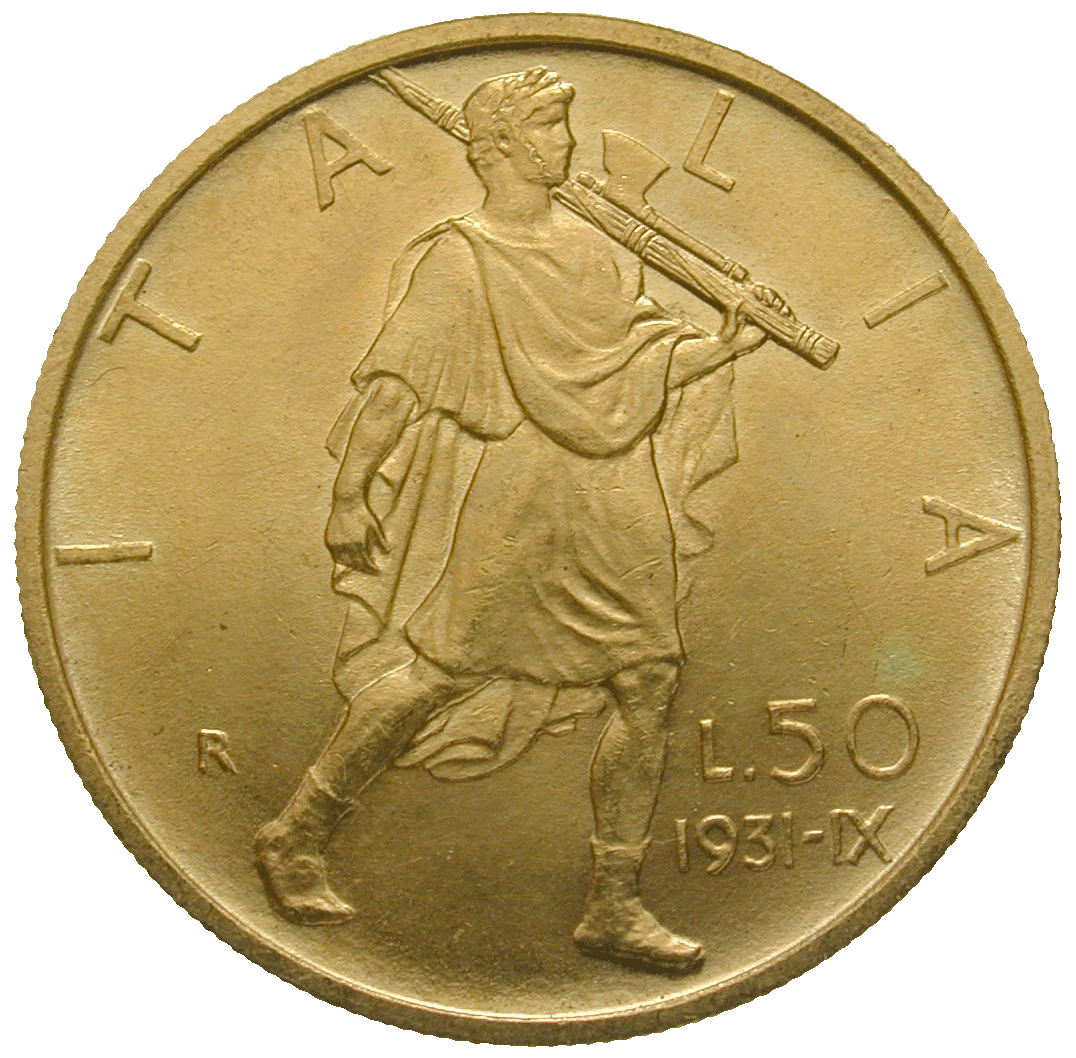 The Italian royal house was founded in 1861, at the same time as the Italian national state. The first King was Victor Emmanuel II, who previously had been sovereign of Sardinia-Piedmont. With the foundation of Italy, the lira was introduced as the new currency. It was issued in silver and gold, was thus a double standard. Gold coins were struck with face values from 5 lire to 100 lire. They initially bore the portrait of Victor Emmanuel II, and after his death of his son Umberto. The latter was assassinated in 1900. His successor was Victor Emmanuel III, whom we see on this coin. He vacated the throne in 1946 when Italy became a republic after a referendum.