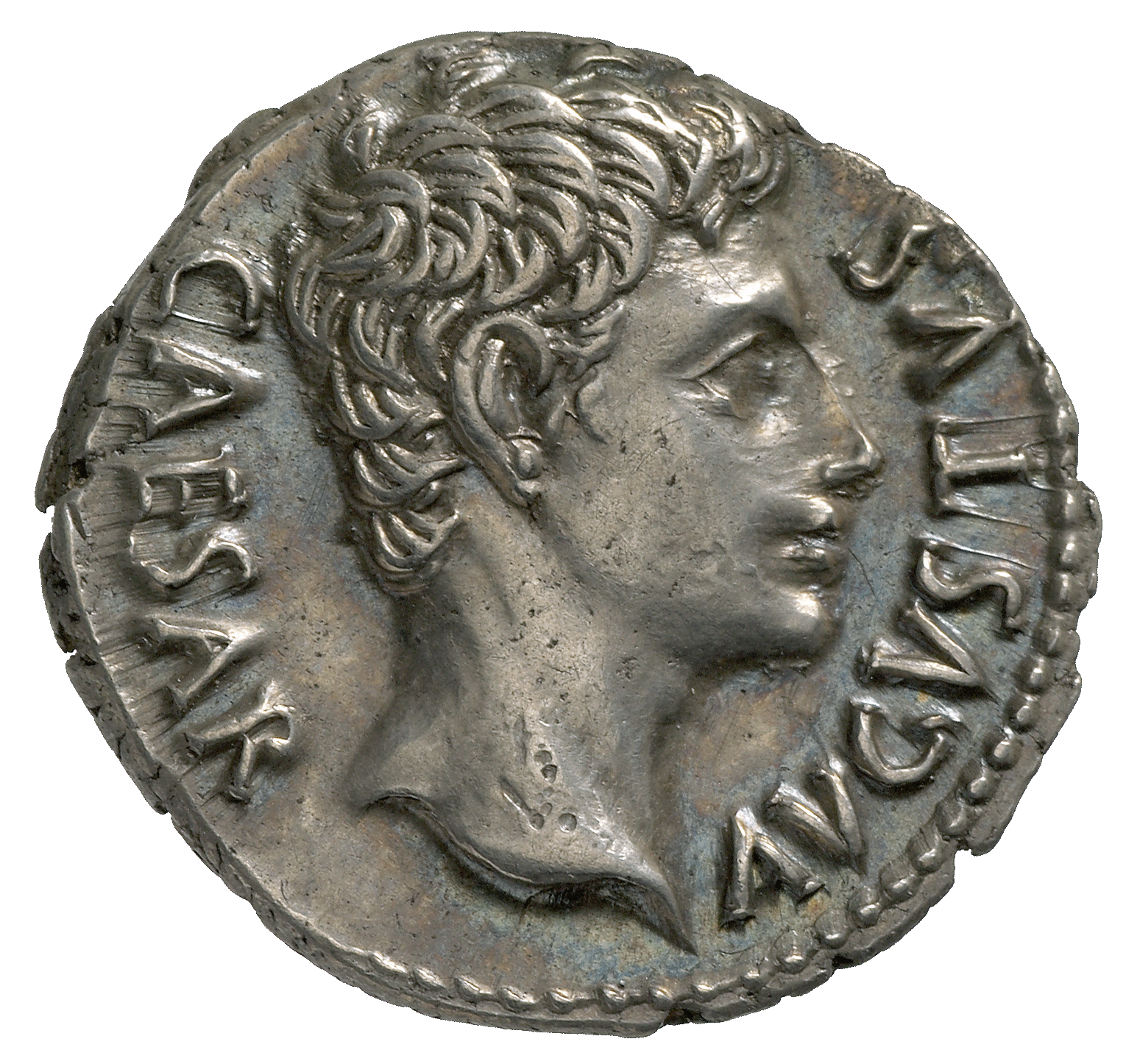 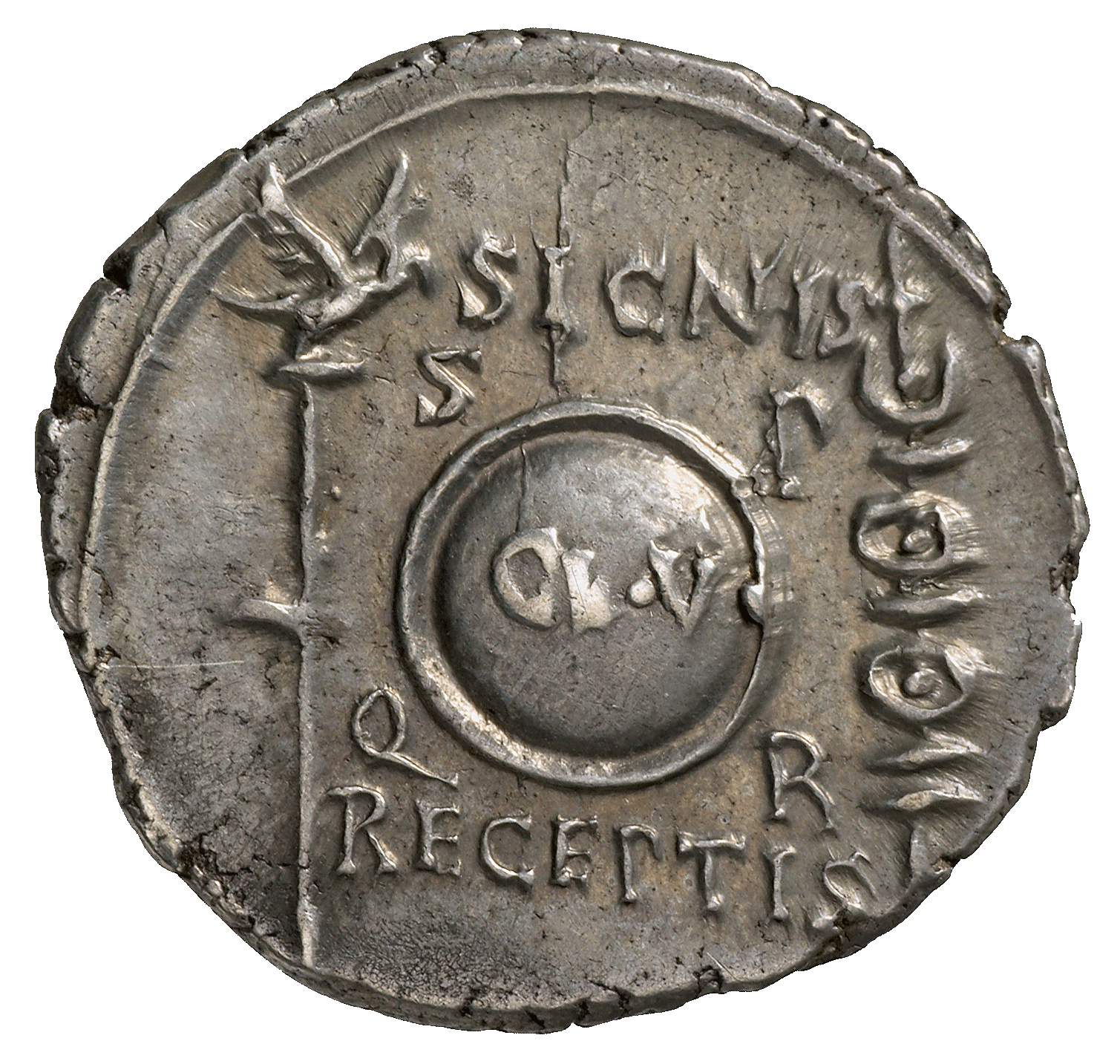 Rome's first Emperor Augustus (27 BC-14 AD) used coin iconography as means of propaganda like nobody before him. The coin shown here is a nice example.

Its obverse portraits the emperor. The image on the coin's reverse joins two of Augustus' great achievements. The first came about in the year of his accession to the imperial throne, when the Senate awarded him with the buckler of virtue. The second went back to 19 BC, when Augustus succeeded to liberate the ensigns of the Roman army, which had ignominiously been lost to the Parthians. This coin was thus meant to show that the recapture had been successful thanks to Augustus' virtuous style of life and administration.