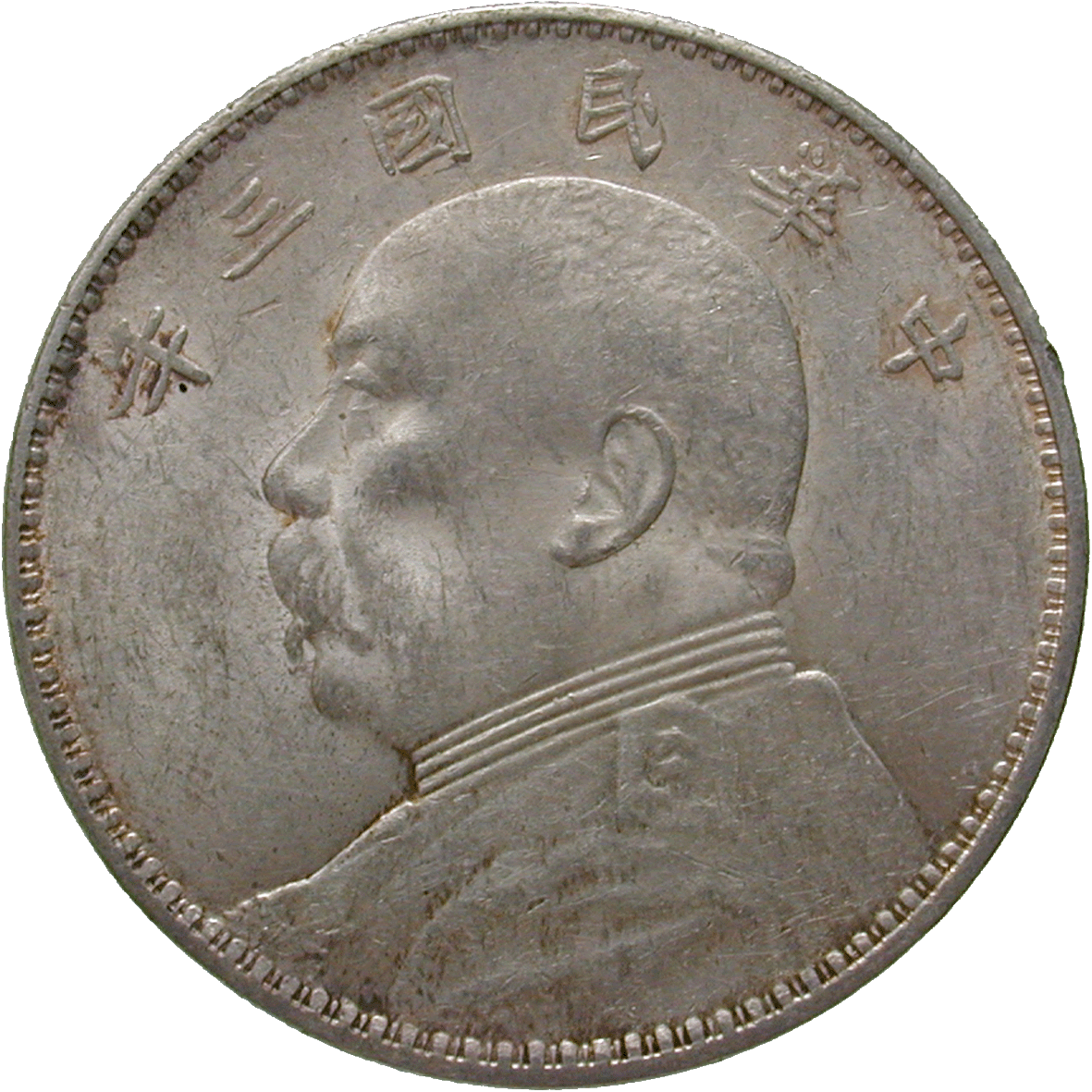 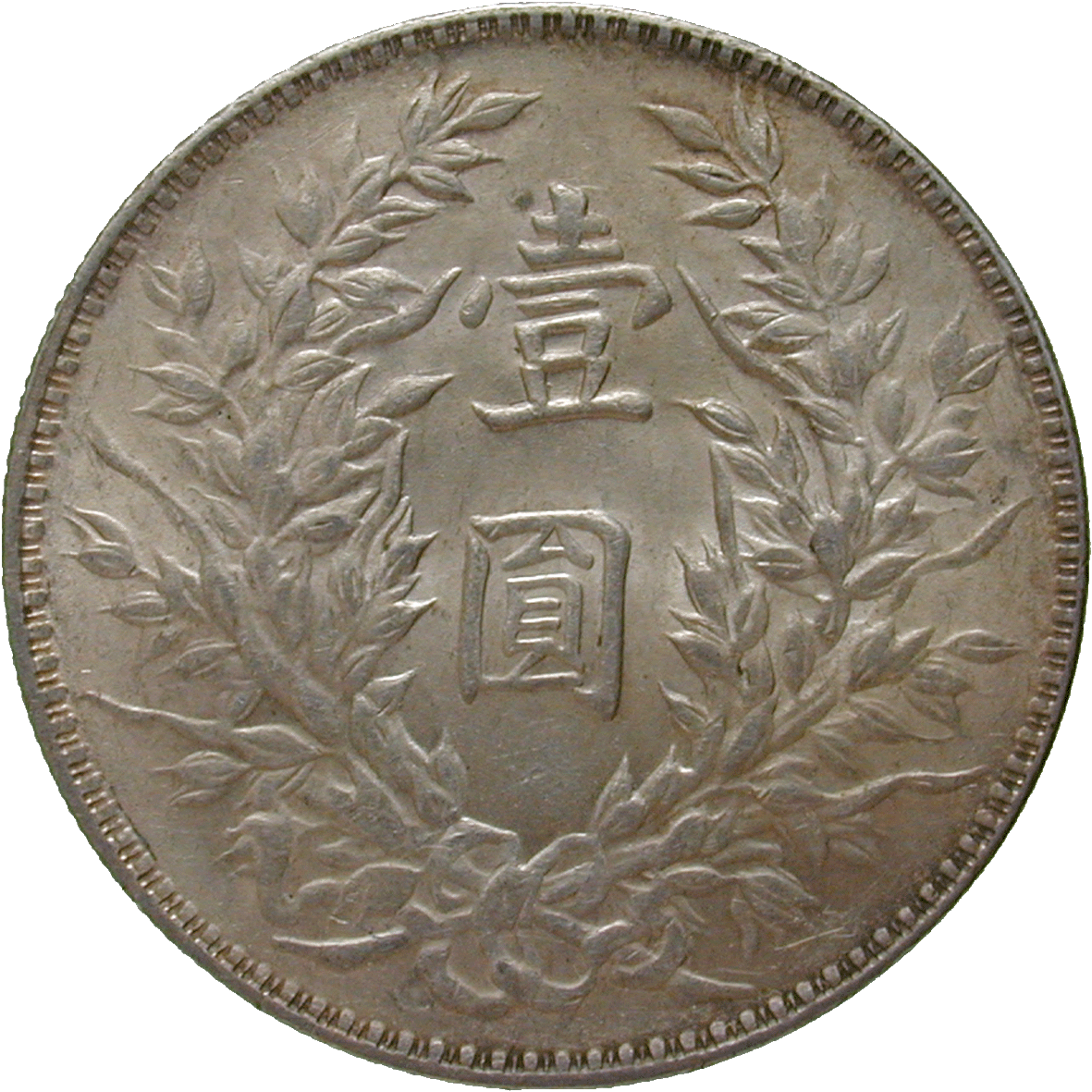 In 1911, monarchy was overthrown in China. After more than 2100 years, the Chinese Empire was history. The calendar of the republic began with year 1, 1912 thus. This silver dollar depicts Yuan Shikai, the first president of the Republic of China. In vernacular, these coins were disrespectfully called "grease bag dollars." After he had taken office in 1914, Yuan demonetized the old copper and silver coins and issued new dollars with his portrait. They were dated after a new calculation of time, considering the revolutionary year of 1911 as year one. "Grease bag dollars" were soon common all over China; some 300 million copies are said to have been put into circulation. After the death of Yuan Shikai, dollars depicting his image continued to be issued until 1922.