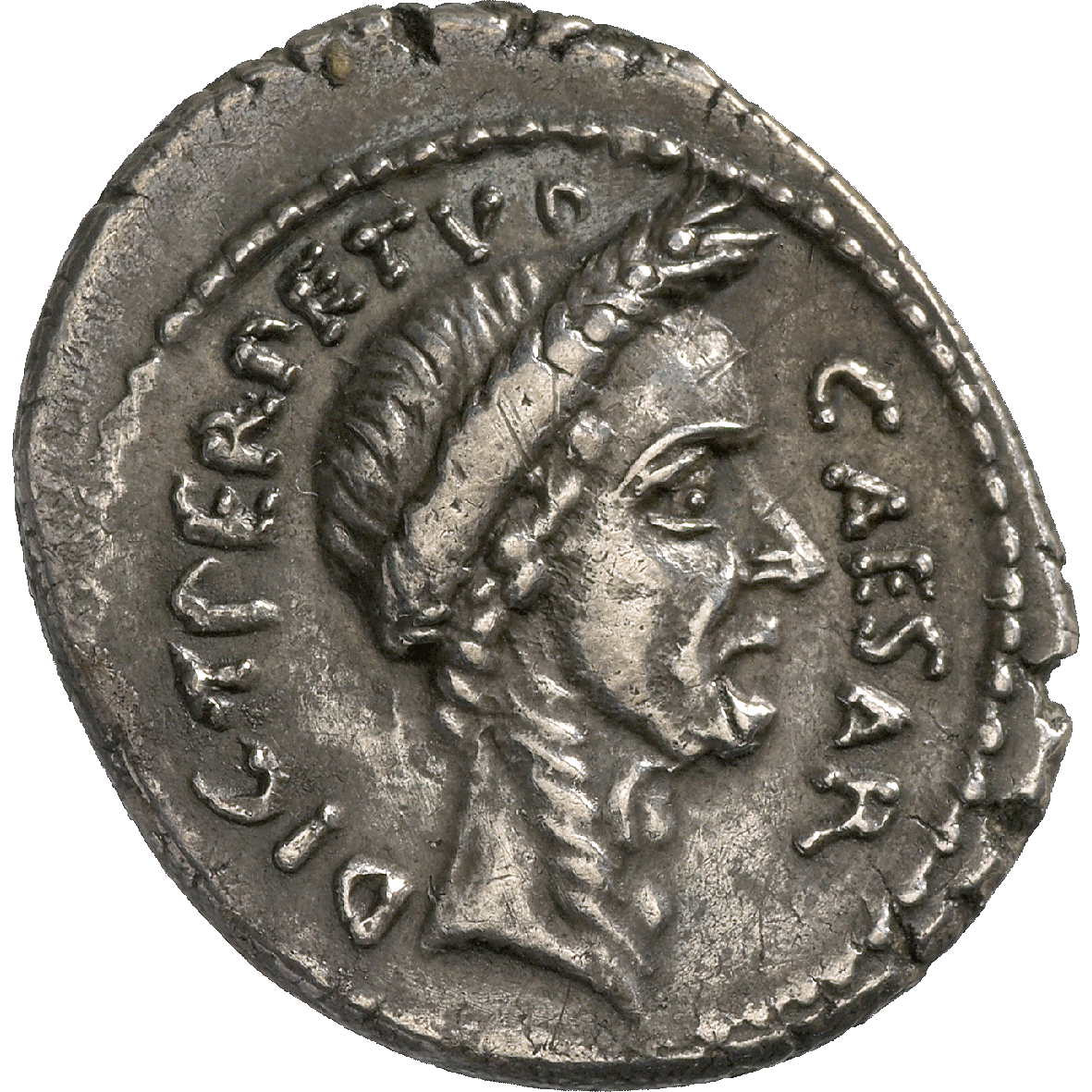 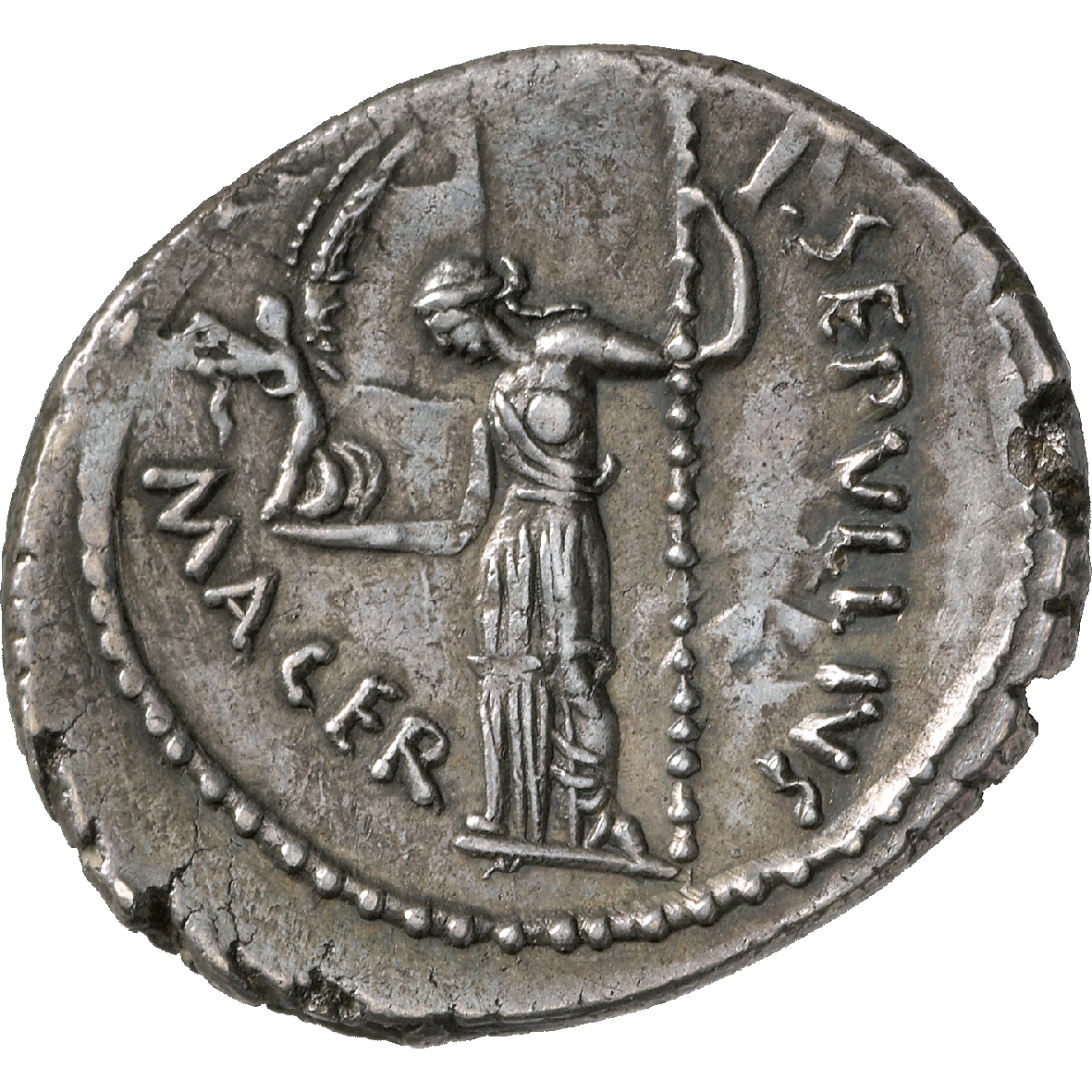 This denarius was minted only a few days before Gaius Julius Caesar was murdered (44 BC). The obverse portrays the great commander, and the inscription points out CAESAR DICT PERPETVO (Caesar, dictator for life). The reverse depicts Venus with a scepter and a little Victory on her hand.

Caesar was the first living Roman to have himself portrayed on a coin. With this he broke a religious taboo that had already prevented the Greeks to perpetuate the images of mortals on coins. Caesar's portrait revealed his intention of becoming king, and was probably one of the reasons for his assassination. The goddess on the reverse alludes to Caesars origin, because the gens Julia claimed descent from Venus (the Greek Aphrodite).